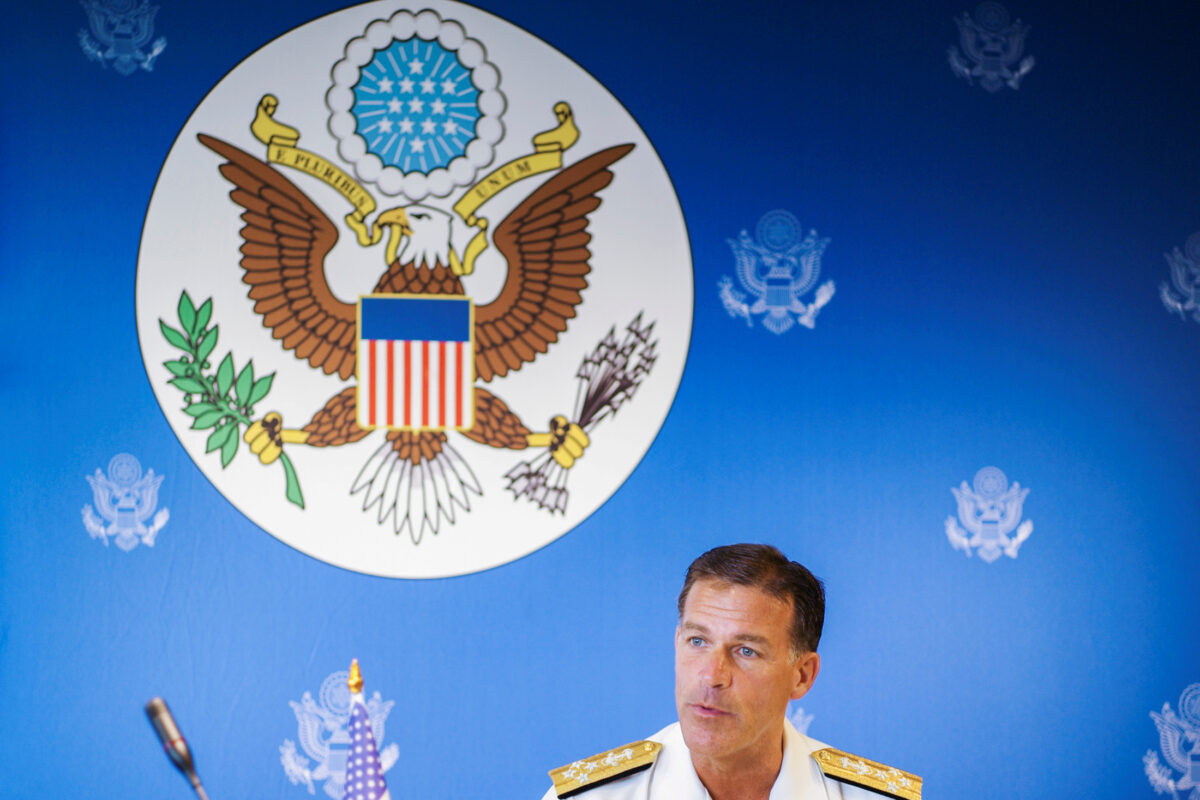 BANGKOK—A partnership between the United States and “like-minded nations” will keep Asian countries secure in the face of competition from a rising China, the commander of the U.S. Pacific Fleet said on Dec. 13.

On a visit to Bangkok, Admiral John Aquilino, 56, criticized Chinas construction of artificial islands in the South China Sea, a vital trade waterway with rich energy resources where Beijing has disputes with five nations.

“We are in competition with the Peoples Republic of China,” Aquilino told reporters.

“We have inherent disagreement between ideologies. When the U.S. talks about values, those are values that like minded nations share … And I believe that the strength of partnerships with those values will be what keeps the nations in the region secure.”

Tensions are high between China and the United States in Asias waters, where Washington says it is defending freedom of navigation in accordance with international law.

“I said we were in competition with China but that does not mean conflict,” Aquilino said. “We will cooperate where we can and we will compete where we must.”

Under the administration of U.S. President Donald Trump, some Southeast Asian nations have been concerned at a possible U.S. pullback just as Chinas dominance grows, but Aquilino said the United States would be in the region for years to come.

He cited so-called freedom of navigation operations in both the South China Sea and Taiwan Strait in which the United States and allied warships have sailed through what China claims as its territorial waters, provoking Beijings ire.

Aquilino said that in the South China Sea, China had built features in defiance of international law, that damage the environment, have a military purpose and “ultimately coerce and bully nations in the region.”

The Chinese regime claims that it has historical ownership over nearly the entire region, which gives it the right to manufacture islands, declare defensive perimeters around its artificial islands, and to chase ships from other nations out of the South China Sea.