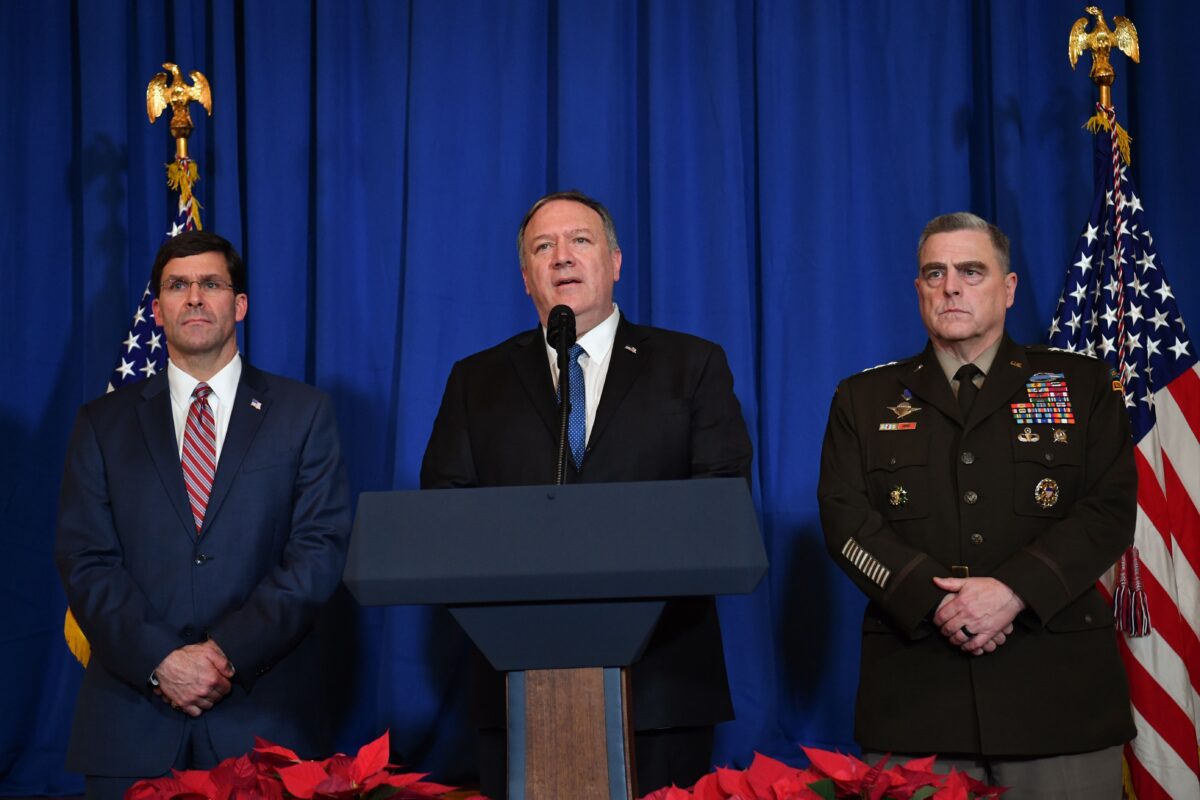 Several people were wounded on Sunday in an attack on the Balad airbase in northern Iraq that houses U.S. personnel, according to the Iraqi military. The incident was decried by Secretary of State Mike Pompeo hours later.

“Outraged by reports of another rocket attack on an Iraqi airbase. I pray for speedy recovery of the injured and call on the Government of Iraq to hold those responsible for this attack on the Iraqi people accountable,” wrote Pompeo on Twitter. “These continued violations of Iraqs sovereignty by groups not loyal to the Iraqi government must end.”

The Iraqi military said that Katyusha rockets were fired at the base, located 50 miles north of Baghdad, in a statement, Reuters reported. Four people, including two officers, were injured. It didnt appear any U.S. soldiers or citizens were injured in the attack.

Outraged by reports of another rocket attack on an Iraqi airbase. I pray for speedy recovery of the injured and call on the Government of #Iraq to hold those responsible for this attack on the Iraqi people accountable.

The Iraqi military didnt reveal who was behind the attack, and made no mention of the tensions between Iran and the United States, Reuters reported. Last week, Iran fired more than a dozen missiles at two Iraqi military bases that house American troops, saying it was in retaliation to a U.S. airstrike that killed Iranian commander Qassem Soliemani.

The Pentagon stated, after it carried out the fatal airstrike, that it targeted the general, who was in charge of the Iranian Revolutionary Guards Quds Force because he was “actively developing plans to attack American diplomats and service members in Iraq and throughout the region.” The strike intended to reduce the chances of an armed conflict with Iran President Donald Trump, and Defense Secretary Mark Esper said.

On Sunday, Esper and national security adviser, Robert OBrien, said on nationally televised TV that Iran may have struck more than just the U.S. Embassy in Iraq.

“What the president said was, he believed that it probably and couldve been attacks against additional embassies,” Esper told CBS News “_

Liberals Asked to Look at Reinstating Vice-Regal Appointments Board