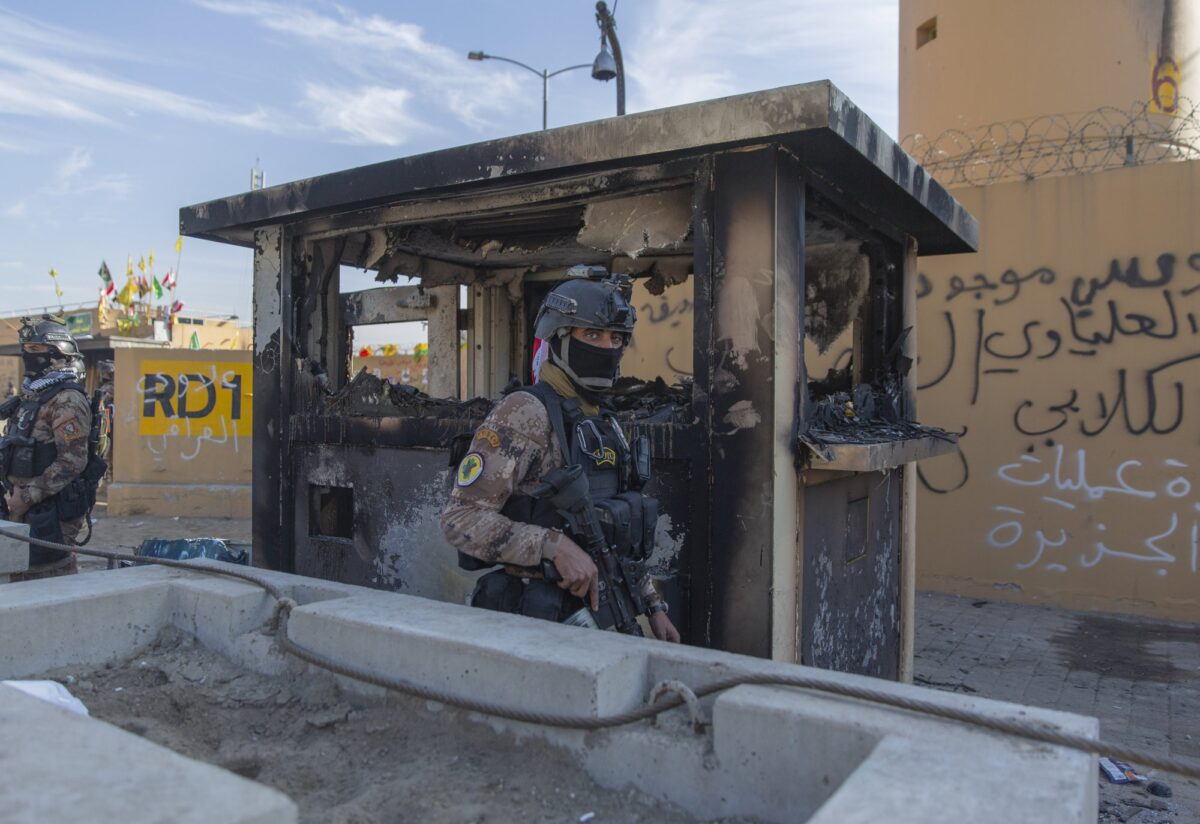 Three Katyusha rockets “landed in the vicinity of the Green Zone without any casualties,” said the Iraqi Security Media Cell, which falls under the responsibility of the Iraqi Prime Ministers office. It did not elaborate but said more details would be provided at a later time.

One reporter posted video footage that purported to show rocket attack alarms in the Green Zone. “Heard the booms myself on Union III. Speakers telling all to take shelter immediately,” said the BBC reporter, Nafiseh Kohnavard, on Twitter.

A Katyusha is a type of rocket artillery that was first built by the Soviet Union during World War II, but later variants were exported to Iran, Iraq, Yemen, Syria, and other parts of the Middle East.

“No Coalition troops were affected by this small attack at Taji Base,” Col. Myles Caggins, spokesman for the U.S.-led military coalition, said in a statement at the time.

Tensions have been high in the Middle East after the United States carried out an airstrike that killed Iranian commander Qassem Soleimani in Baghdad in early January. Iran then fired a barrage of missiles at Iraqi bases holding U.S. troops the following week, and sanctions were levied against Tehran by the White House.

Secretary of State Mike Pompeo, responding to another attack on an Iraqi airbase this month, wrote that he was “outraged” and said that “continued violations of Iraqs sovereignty by groups not loyal to the Iraqi government must end.”