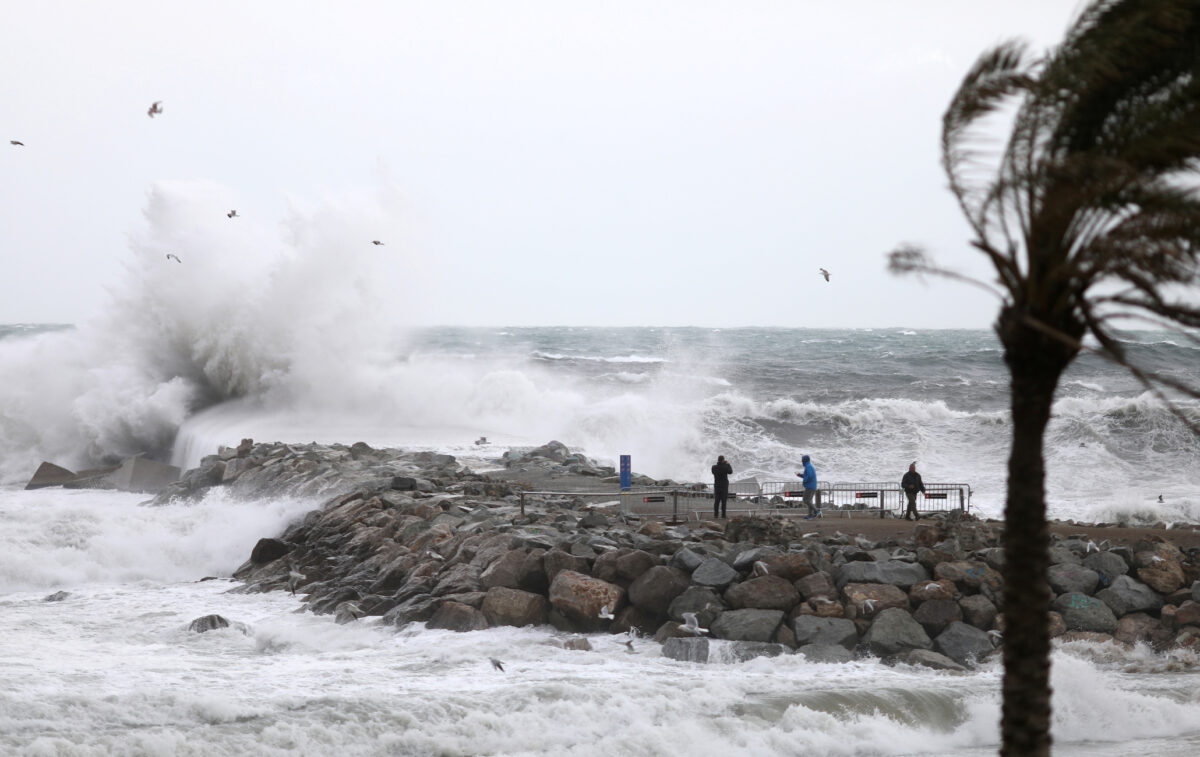 With more than 30 provinces on bad weather alert, Valencia on the Mediterranean coast and the Balearic Islands were bearing the brunt of the storm on Monday.

Port authorities estimated waves of 8.44 meters in Valencia on Monday, which they said was a record, while a Reuters witness said waves had been growing throughout the day, crashing on to Barcelonas famous Barceloneta beach.

A 63-year-old man died at home in the central province of Avila after being hit by roof tiles lifted by a gust of wind, said David Segovia, mayor of the town of Pedro Bernardo.

Unusually cold weather was blamed for the death of a 54-year-old homeless woman in Gandia, near Valencia, a municipal official told Reuters.

One man in northwest Asturias region was killed by a vehicle on a snowbound road, reportedly struck while fitting chains to his car, an emergency services spokesman said.

And Spanish media quoted the mayor of the Valencian town of Moixent as saying a fourth man had died after being found outside his home showing signs of hypothermia on Monday morning.

Catalonias regional government ordered a ban on all outdoor activities in the Girona, Barcelona and central Catalonia regions, a spokesman for its interior department said, addingRead More – Source