At least 100 women have publicly accused the disgraced media mogul of sexual abuse, but the vast majority will have no part in the trial. Jurors at a New York state court only heard from six of them.In opening statements, prosecutors said Weinstein is "not a harmless old man."Two women testified about allegations that make up the charges against Weinstein. In addition, four other accusers testified about alleged incidents with Weinstein as prosecutors tried to show he had a pattern of behavior.Weinstein's attorneys have denied there was any nonconsensual sexual activity. During opening statements, they questioned the credibility of the women's allegations and shared text and email exchanges between Weinstein and some of his accusers. Here's what we know about the women who took the stand during the trial.

Miriam Haley, a former production assistant at The Weinstein Company, said the film producer forcibly performed oral sex on her in 2006 at his Manhattan apartment, court documents show.Haley was introduced to Weinstein in 2004 at the European premiere of "The Aviator" and later worked on a TV show he produced in New York City, she told reporters at an October 2017 news conference with her lawyer, famed women's rights attorney Gloria Allred.After rebuffing unwanted advances in previous encounters with Weinstein, Haley said she agreed to meet with him at his SoHo apartment in Manhattan."It was not long, though, before he was all over me making sexual advances. I told him, 'No, no, no,' but he insisted," she said. "He was extremely persistent and physically overpowering. He then orally forced himself on me."Two of the five charges against Weinstein relate to this episode: predatory sexual assault and criminal sexual act in the first degree, records show. When Weinstein's defense attempted to get the case dismissed in 2018, they submitted documents highlighting a text from Haley that Weinstein received in 2007, months after she said he forced oral sex on her. The text "makes clear" that Haley wanted to continue seeing him after the alleged assault, according to court documents."Hi! Just wondering if u have any news on whether harvey will have time to see me before he leaves? x Miriam," the text states.Haley's attorney has described Weinstein's lawyer's interpretation of the 21-word note as "speculation."Haley broke down in tears several times as she testified about the alleged attack. 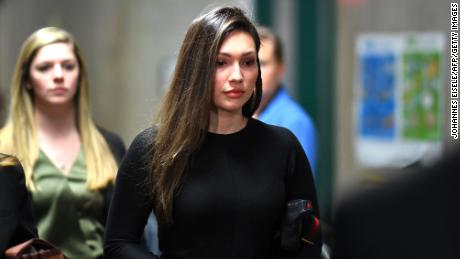 Jessica Mann was identified for the first time in opening statements as one of the two Weinstein accusers at the center of the New York trial.Assistant District Attorney Meghan Hast said during her opening statement that Weinstein raped the then-aspiring actress in a New York hotel room in 2013. Mann, who grew up in a dairy town in Washington State, met Weinstein at a party in Los Angeles when she was 25. He offered her advice for getting ahead in her acting career and claimed he had a leading role for her in a movie, but those were false promises, Hast said.After the first alleged sexual assault, Mann maintained "the sum semblance of a relationship" with Weinstein and was allegedly assaulted two other times over the years, the prosecutor said. Damon Cheronis, Weinstein's attorney, described Mann's relationship with his client as consensual and "loving," and he highlighted one text that Mann sent to Harvey in February 2017."I love you, I always do. but I hate feeling like a booty call. :)" she wrote, according to Cheronis.Mann testified for several days in the trial, describing how he seemed interested in her acting career and how their interactions went from discussions about the movie industry to two alleged rapes.She suffered a panic attack while being cross examined by Weinstein's attorney. Upon returning to the stand, she testified that her claims should not be dismissed because she had on-and-off relationship with the Hollywood mogul. 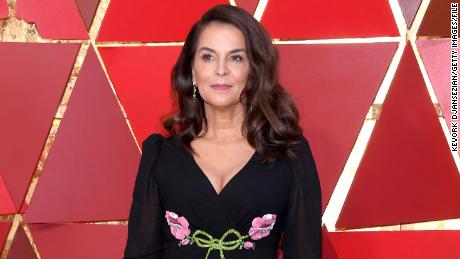 "The Sopranos" actresshas accused Weinstein of raping her inside her Gramercy Park apartment in 1993. Annabella Sciorra first publicly accused the media mogul in the explosive, October 2017 New Yorker story that unleashed the raft of accusations against him.She did not tell police about the alleged attack, and Weinstein continued to sexually harass her for years afterward, she told The New Yorker.Sciorra is best known for her Emmy-nominated role in "The Sopranos" as Gloria Trillo, Tony Soprano's mistress. But she first reached wider fame with her early 1990s starring turns in the Spike Lee's "Jungle Fever" and the psychological thriller "The Hand That Rocks the Cradle."Those early performances put her on Weinstein's radar.Weinstein is not directly charged with raping or assaulting Sciorra. Still, he faces two counts of predatory sexual assault, and he can be convicted on those counts if prosecutors prove he committed sex crimes against multiple victims. Sciorra's testimony is relevant to these two charges.Cheronis, the attorney representing Weinstein in court, told jurors that a friend of the actress will testify that she described having consensual sex with Weinstein. He also showed a PowerPoint slide that highlighted a statement the defense says Sciorra made to police: "I didn't report it because I didn't think it was rape."Sciorra testified in vivid detail about the incident but the defense highlighted her lack of memory on specific dates and details. Actress Rosie Perez testified that Sciorra told her about the alleged attack after it happened. 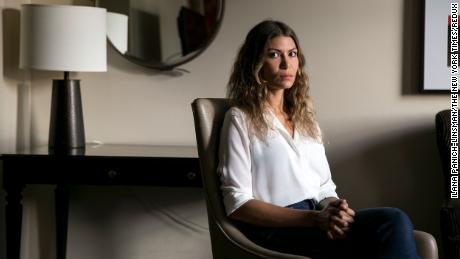 Costume designer Dawn Dunning, who spoke to The New York Times in October 2017, has said Weinstein sexually harassed her and tried to pressure her into having three-way sex with him.Dunning met Weinstein in 2004 as a 24-year-old aspiring actress, and he later invited her to meet at a hotel in Manhattan, according to Hast. Dunning believed they'd be discussing acting contracts, but when she opened the door, Weinstein was standing in a bathrobe with nothing on underneath, Hast said.He pointed to several acting contracts sitting on a coffee table and said she could have the parts if she had three-way sex, according to Hast. Dunning declined and fled the room, and Weinstein got angry, Hast said."This is how the industry works," Weinstein told her, according to Hast. "How do you think other actresses got ahead?"Weinstein's attorney questioned the credibility of Dunning's allegations in court, saying there have been inconsistencies in the stories she's told authorities."When an individual says sRead More – Source