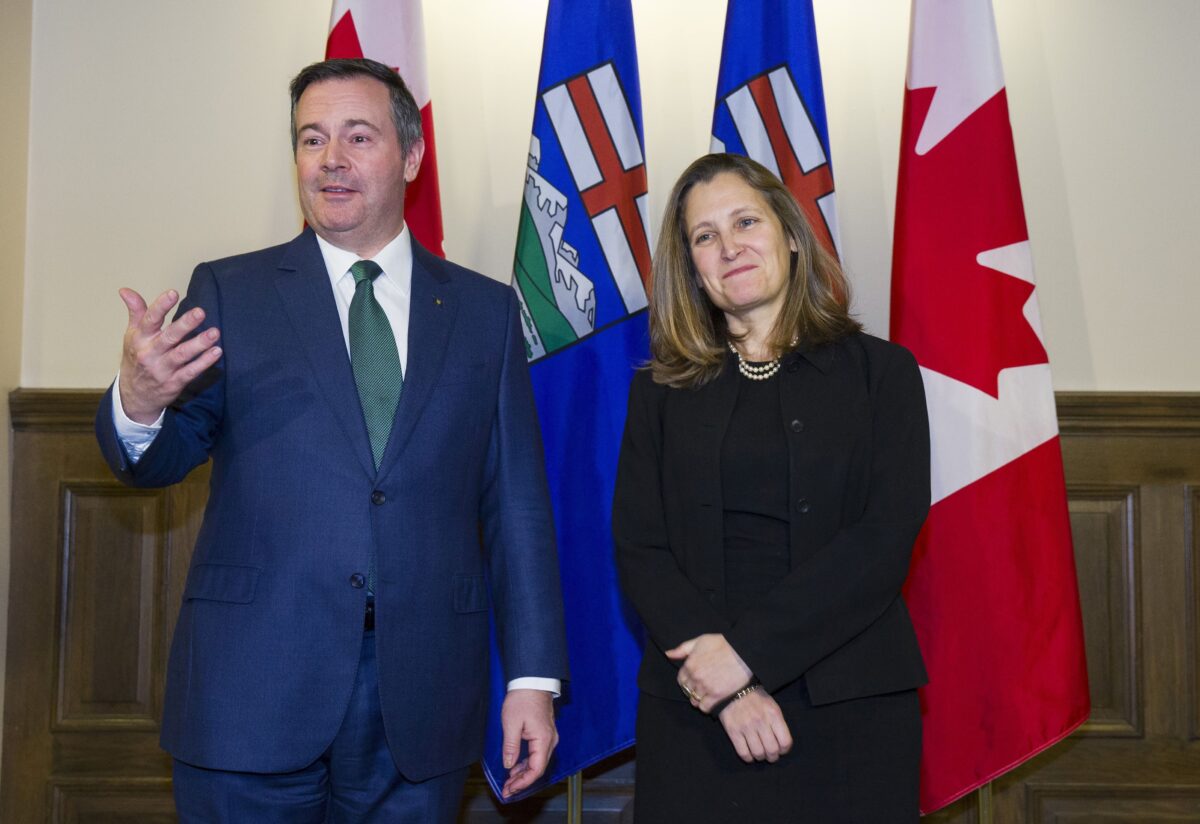 OTTAWA—The federal governments looming decision on whether to green-light a massive new oilsands development will be a test of Ottawas pledge to improve relations with Alberta.

Standing in the way of approving the $20.6 billion Teck Frontier mine project is Prime Minister Justin Trudeaus promise to make Canada a net-zero carbon dioxide producer by 2050.

“Its hard to overstate the response of Albertans, not just our government, but Albertans broadly, if this project were to be rejected,” he said.

But last week in the House, Liberal MPs urged Trudeau to reject the project, saying it would undermine the governments net-zero commitment.

Jack Mintz, an economist and School of Public Policy fellow at the University of Calgary, says plans to convert Canada into a net-zero carbon emitter by 2050 “are based on hope and prayer well get the technologies to get us there.”

Kenney said in his speech that the mine, which would be capable of producing 260,000 barrels a day and have a 40-year lifespan, “represents a path to the future. … Over the next decades as we go through the energy transition, we all know there will be continued demand for crude.”

Daily global consumption of oil is only slightly less than the average daily production of around 100 million barrels/day; transportation consumes approximately 60 percent of this supply.

“So to Kenneys comment, theres still going to be significant demand over the next 30 to 40 years, and Canada can either be part of that or not part of that,” Mintz said.

Mintz noted that Norway and the United Kingdom are developing new offshore oil projects as well.

“If you look at Norway, theyre dealing with decarbonization and developing a major new field. … The U.K. government on one hand is talking about zero-net emissions, but on the other hand theyre pushing a major new development in the North Sea for oil and gas,” he said.

“So if were not part of this [supply side], well be stranding our assets when other people arent. So I think as a country we need to balance those two things just like everybody else is … and not try to be doing something much more aggressive, which could avoid an irreparable split.”

The Canadian Association of Petroleum Producers showed Canada lost more than 116,000 energy-related jobs between 2015 and 2017, according to a February 2019 article by CityNews Edmonton.

With the energy sector bleeding such a large number of jobs since Trudeau was first elected, the Liberals lost all the seats it held in Alberta and Saskatchewan in the 2019 election. There was talk of western separatism, and frustrated westerners took up #Wexit as a social media hashtag in the spirit of U.K.s Brexit.

After the election, Trudeau promised to work to address the anger of people in those provinces and repair relations between Ottawa and the West, and tasked Deputy Prime Minister Chrystia Freeland with that job.

If the Teck mine goes ahead, it could generate a total of $55 billion in royalties and create 2,500 permanent jobs—something Alberta sorely needs.