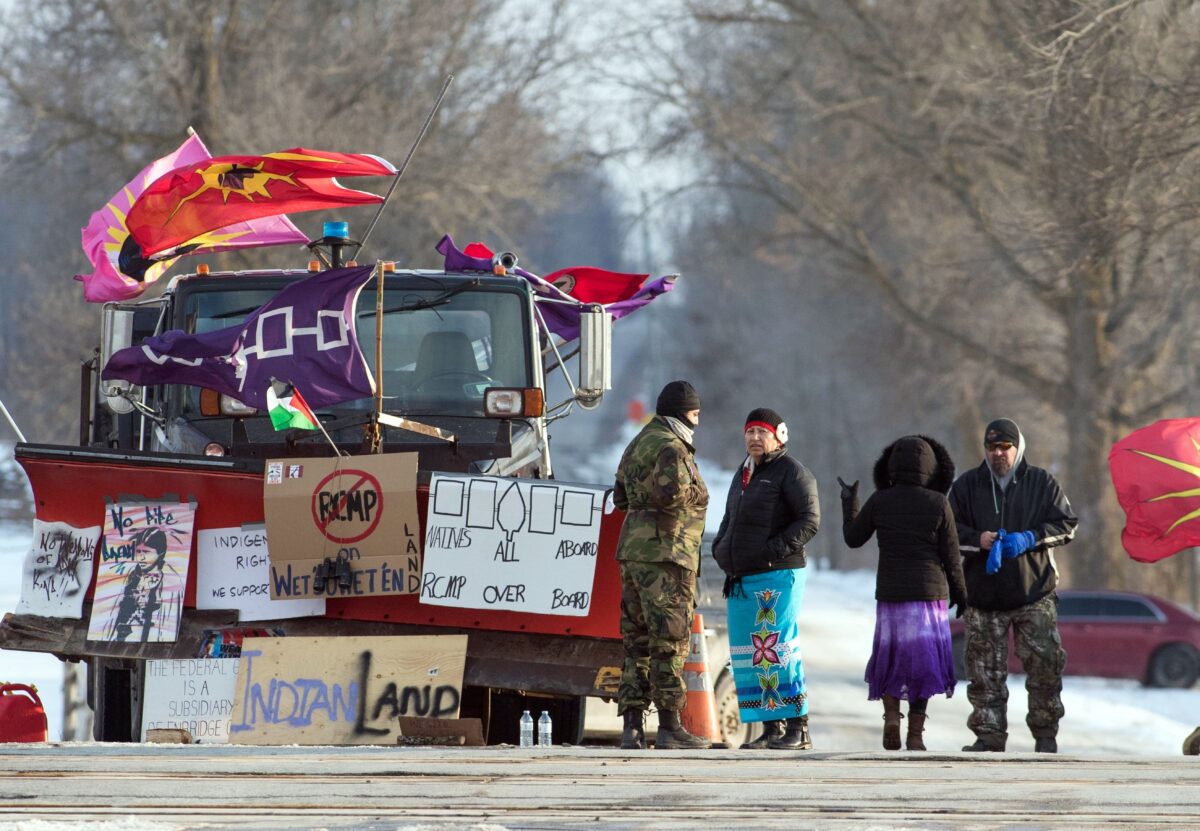 All eyes are on Canadian police forces now that Prime Minister Justin Trudeau has said barricades on rail lines and other major transportation routes must come down.

A Wetsuweten hereditary chief says that wont happen unless and until the Mounties get off their traditional territory in northern British Columbia and Coast GasLink halts construction on a natural−gas pipeline that crosses their land.

Chief Woos of the Grizzly House says Indigenous leadership will only begin negotiating with the Canadian government under those same conditions. But Trudeau says injunctions ordering the rail lines be cleared must be obeyed and the law must be enforced.

The blockades are responses by Indigenous people and supporters to a move by the RCMP to clear protesters who had been blocking access to the pipeline worksite.

Protesters whod been blockading a CN Rail line in St−Lambert, Que., south of Montreal since Wednesday cleared out Friday night shortly after riot police arrived on scene ready to enforce an injunction to clear the tracks. But the blockade of a critical east−west rail line on Tyendinaga Mohawk Territory in eastern Ontario remains in place — and more protests are planned for March 20 along the borders of Manitoba.

Ontario Provincial Police say they dont intend to break up the Tyendinaga protest in the immediate future, however, Trudeau says the inconvenience to Canadians has gone on long enough, given that the blockades have halted rail lines for weeks.

“Let us be clear: all Canadians are paying the price. Some people cant get to work, others have lost their jobs,” he told a news conference yesterday. “Essential goods … cannot get where they need to go.”

But Woos said the inconvenience to Canadians pales in comparison to what the Wetsuweten people have experienced.

“There is a difference between inconvenience and injustice — total difference. Dont confuse one with the other,” he said after meeting with Mohawk allies on Tyendinaga territory.

On Thursday, the RCMP in B.C. sent a letter to the traditional leaders of the Wetsuweten Nation, telling them the force intends to move its officers off the access road and station them instead in the nearby town of Houston.