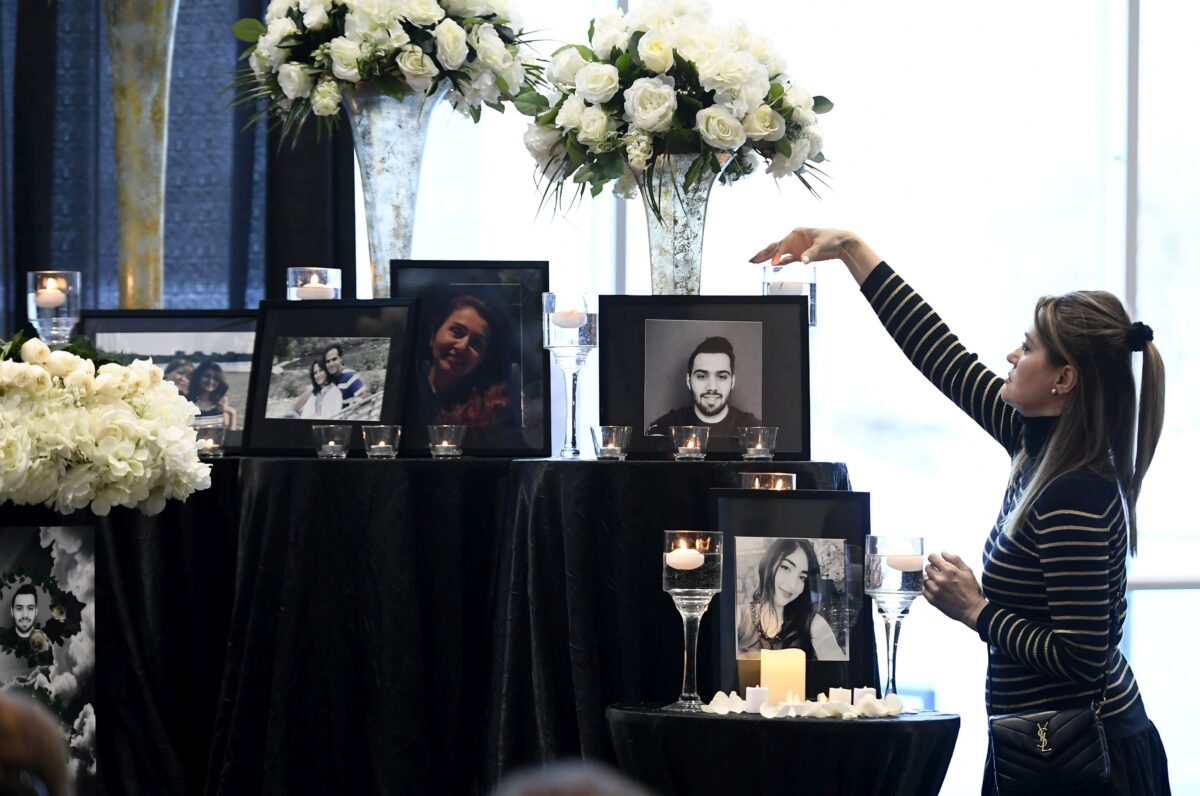 OTTAWA—Ukraines ambassador to Canada says his government will help Foreign Affairs Minister Francois-Philippe Champagne secure compensation from Ukraine International Airlines for the families of all those killed on Flight 752, including 55 Canadians.

Champagne will be in Kyiv March 3 for the start of a two-day visit that will include a meeting with the head of the airline, where he will try to speed up delivery of the compensation it must pay under international aviation law to the victims families.

Envoy Andriy Shevchenko said his government sees no obstacles to the airline meeting its international legal obligations to compensate families.

“This carrier is committed to all the international rules and applications that apply to such situations,” the ambassador said in an interview Friday.

“If there is anything the government (of Ukraine) can do on this, it will be, of course, done.”

Champagne and his Ukrainian counterpart, Vadym Prystaiko, will be joined via teleconference by the foreign ministers of Sweden, Britain and Germany for a separate meeting about pursuing compensation from Iran.

Those countries all lost people in last months shootdown of the passenger jet by the Iranian military.

The Ukrainian airline will also be seeking compensation from Iran for the families of its own victims who died in the crash, Shevchenko said.

“The carrier has found itself in a very difficult position,” he said.

“They have obligations they have to fulfil but also they expect compensation from Iran. Of course, they have lost people of their own. But when it comes to international obligations, there has been a very clear signal from the airline they are committed to that.”

The conference call that Champagne and Prystaiko will host from Kyiv is part of the ongoing efforts to project solidarity to Iran as the five countries pursue compensation.

Champagne said earlier this week that Irans admission that it shot down the jet has financial consequences.

Shevchenko said it is now more important than ever that the five countries project unity to Iran.

“We understand that Iran might want to have separate tracks of conversations with the countries involved,” he said.

“We understand that we are dealing with many families and they will be looking for their own legal path. But its in the interest of all of us that we make sure we speak with one voice and we co-ordinate well on the issue of compensation.”

While in Ukraine, Champagne will also visit the 200 Canadian Forces personnel deployed there on a training mission that is due to end in March 2022.

The troops are part of Canadas efforts to bolster Ukraine against Russian aggression following the Kremlins annexation of Ukraines Crimea region in 2014 and its backing of Russian separatist militias in the eastern party of the country that has claimed thousands of lives.

“There are so many things we can do after 2022, so we have to think strategically howRead More – Source