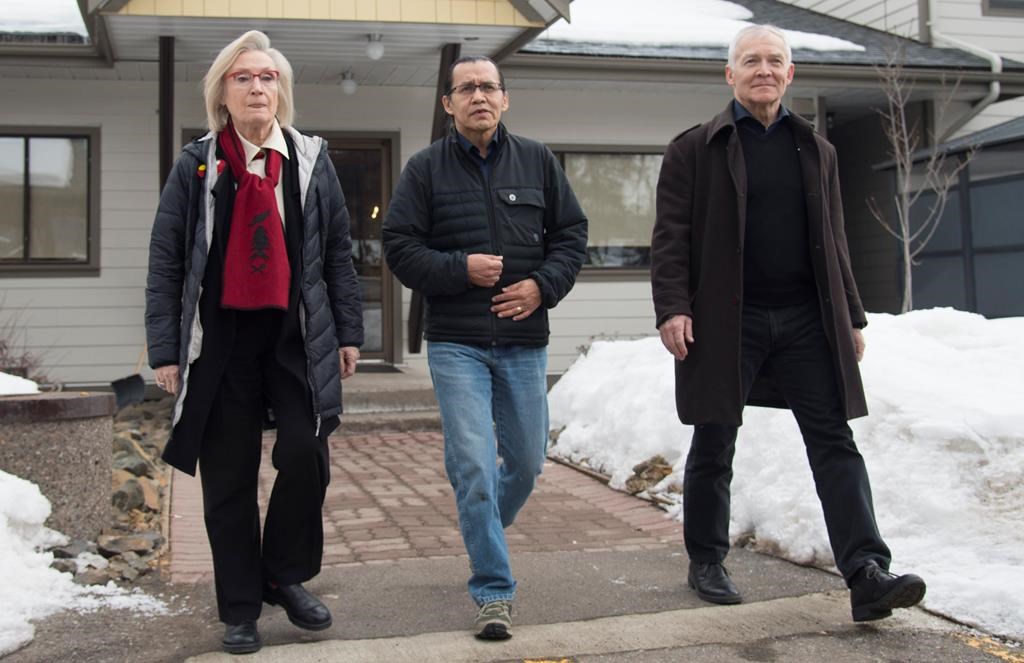 Details of the draft deal, which centres on Indigenous rights and land titles, were not disclosed, however, and work on the Coastal GasLink natural gas pipeline at the heart of the dispute was set to resume Monday.

“We, I believe, have come to a proposed arrangement that will also honour the protocols of the Wetsuweten people and clans,” Bennett said in a news conference in Smithers, B.C.

“What weve worked on this weekend needs to go back to those clans and then we have agreed as ministers that we will come back to sign if it is agreed upon by the Nation.”

She said the proposed arrangement is about making sure “that this never happens again, that rights holders will always be at the table.”

Chief Woos, one of the Wetsuweten hereditary leaders who were opposed to the pipeline, said the draft deal represents an important milestone for everyone involved but noted more work needs to be done.

He also stressed that the hereditary chiefs who were against the project remain opposed to the pipeline in their traditional territory.

“We are going to be continuing to look at some more conversations with B.C. and of course with the proponent and further conversation with the RCMP out on the territory,” Woos said.

“Its not over yet. We are just looking at more work in that area.”

Shortly after the proposed deal was announced, Coastal GasLink issued a statement saying it would resume construction activities in the Morice River area, which is near the Unistoten Healing Centre, on Monday.

“Coastal GasLink appreciates that a path has been identified to address significant issues of Aboriginal Title and Rights of the Wetsuweten people while recognizing that Coastal GasLink is fully permitted and remains on track for a 2023 in−service date,” president David Pfeiffer said in the statement.

The company had agreed to pause construction during the talks between the hereditary chiefs and the ministers, which began Thursday.

RCMP had also pledged to cease patrols along the Morice West Forest Service Road during the discussions. The Mounties could not immediately be reached for comment Sunday.

The dispute over the pipeline has spurred solidarity protesRead More – Source