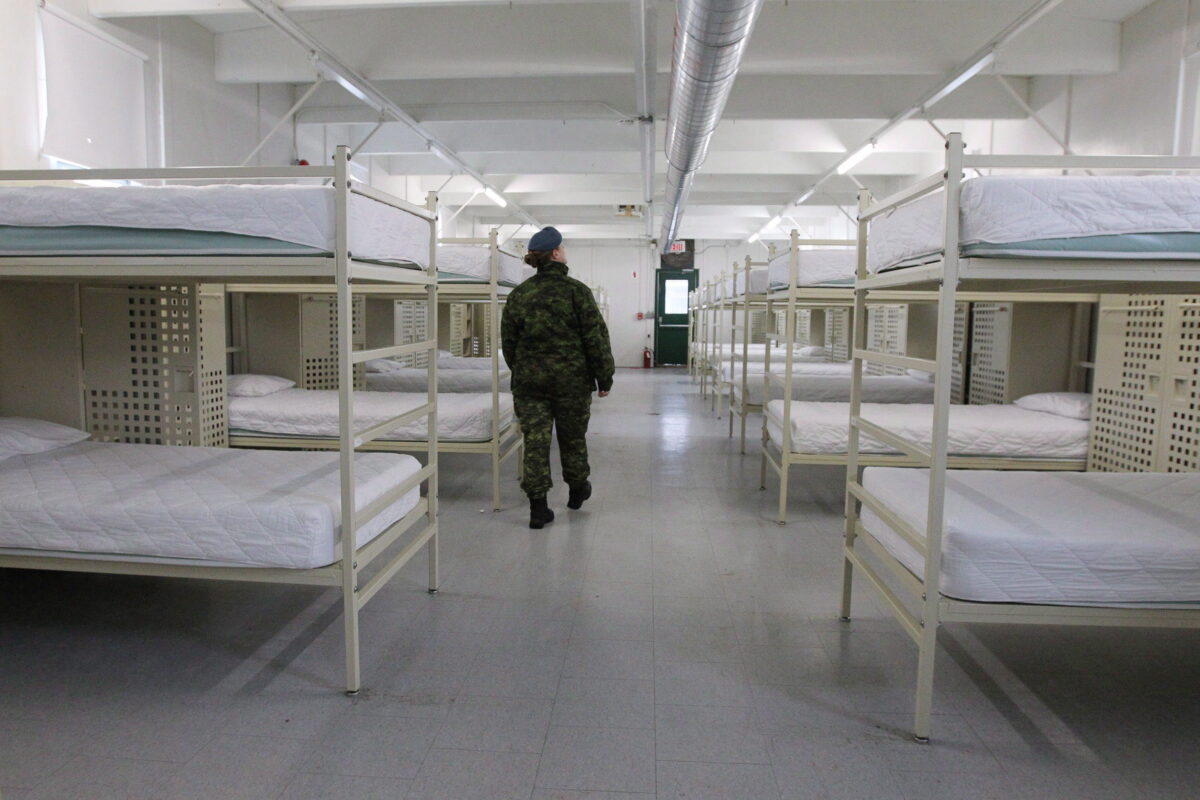 The federal government has been chronically underspending on the repair and maintenance of Canadas defence infrastructure for years, leaving officials to play catch-up on maintaining aging roads, runways, jetties, and thousands of buildings across the country.

The Defence Department official responsible for infrastructure says efforts are underway to better manage the portfolio, and that his priority is ensuring the health and safety of service members and that military training and operations are not disrupted.

“Were not accepting risk thats going to put health and safety in danger,” said Rob Chambers, assistant deputy minister of infrastructure and environment.

“So were constantly adjusting as we go. Its an ongoing discussion right now about how to address the overall portfolio.”

The chronic underinvestment nonetheless raises questions about the continued deterioration of Canadas defence infrastructure and the tough choices officials have to make when deciding where to invest scarce dollars for property maintenance and repair.

The Defence Department has the largest infrastructure portfolio of all federal departments, with 20,000 buildings, 5,500 kilometres of roads and 3,000 kilometres of sewers and pipes for water and heat. The majority is located on Army, Navy and Air Force bases across Canada.

The department is supposed to invest 1.4 per cent of the replacement value of the portfolio in maintenance and repair each year, which is based on industry standards. That works out to around $364 million, based on the current $26-billion replacement value.

Yet reports and figures from the Defence Department and the federal auditor general show the target has not been hit since at least 2010. The closest was in 2016−17, when it reached 1.31 percent. The government invested 1.05 percent last year.

While defence officials could not say exactly how much of a repair and maintenance backlog the department is facing because of underspending over the years, departmental figures show a cumulative shortfall of $247 million since 2015−16 alone.

An internal audit published in May 2016 looked only at the sewers, roads and electrical, heating and drinking water systems on military bases—more than half of which was over 50 years old—and determined the cumulative backlog for only those areas was at least $1.1 billion by 2018.

In real terms, the audit warned of electrical outages, sewer backups and other service disruptions at military bases, adding that could threaten operations as well as the health and welfare of those living or working on or near the bases.

In an interview with The Canadian Press, Chambers said officials “do the best we can with what we have,” with the priority on ensuring the health and safety of service members, compliance with building codes and standards, and supporting military operations.