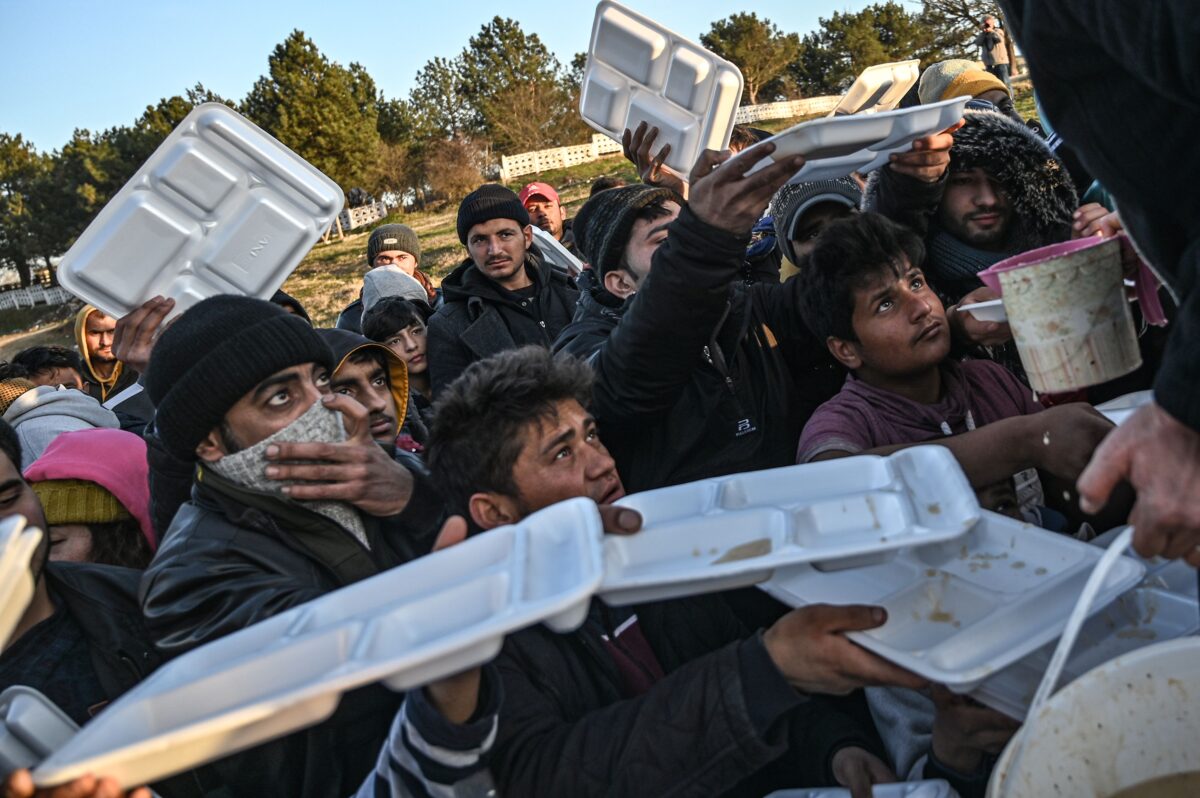 KASTANIES/LESBOS, Greece—European Union officials on March 3 promised more cash for Greece during a visit to its border with Turkey, which tens of thousands of immigrants and refugees have been trying for days to breach.

The officials urged Turkey to abide by a 2016 deal that requires it to keep the immigrants on its soil in return for EU aid. After an upsurge in fighting in Syria last week, Ankara says it would no longer stop immigrants who want to reach Europe.

Greek riot police have used tear gas against the immigrants at its Kastanies border post, while the coastguard has tried to stop boats transporting immigrants to Greeces Aegean islands. A Syrian boy died March 2 after his boat capsized in the area.

“The situation at our border is not only an issue for Greece to manage, it is the responsibility of Europe as a whole,” the head of the EUs Executive Commission, Ursula von der Leyen, told a news conference at Kastanies.

“We will hold the line and our unity will prevail,” she said after touring the area with Greek Prime Minister Kyriakos Mitsotakis and the heads of the European Council and Parliament.

Brussels is desperate to avoid a repeat of the 2015-16 crisis, when more than a million immigrants entered the EU from Turkey via the Balkans, straining European security and welfare systems.

Greek troops and riot police remained on high alert along the Turkish border on March 3, though there were no reports of significant new clashes with the immigrants.

“There were only a few attempts today (to cross the border). Lets hope they get the message,” a machine gun-toting army officer told Reuters at the Kastanies border post.

Army jeeps patrolled the area and roads leading to the Evros river, which marks the Greek-Turkish border, remained shut.

The crisis has badly strained the already-soured ties between Ankara and Athens.

Mitsotakis accused Ankara of deliberately encouraging immigrants to head to the border in order to “promote its geopolitical agenda and divert attention from the situation in Syria.”

He also said these immigrants were not fleeing the latest flareup of fighting in Syrias Idlib province but were people “who have been living safely in Turkey for a long period of time.” Many speak fluent Turkish, he added.

On March 2, Turkish Foreign Minister Mevlut Cavusoglu said Greek forces were shooting immigrants “in the back as they are running away,” but he provided no evidence.

Turkey, which hosts 3.6 million refugees from Syrias civil war and faces another possible big influx as the fighting drags on there, says it cannot take in any more.

Human Rights Watch said it had received multiple reports that Greek border guards were pushing people back into Turkey, which could violate the right to claim asylum as well as a ban on returning people to where they would be unsafe, both of which are enshrined in international law.