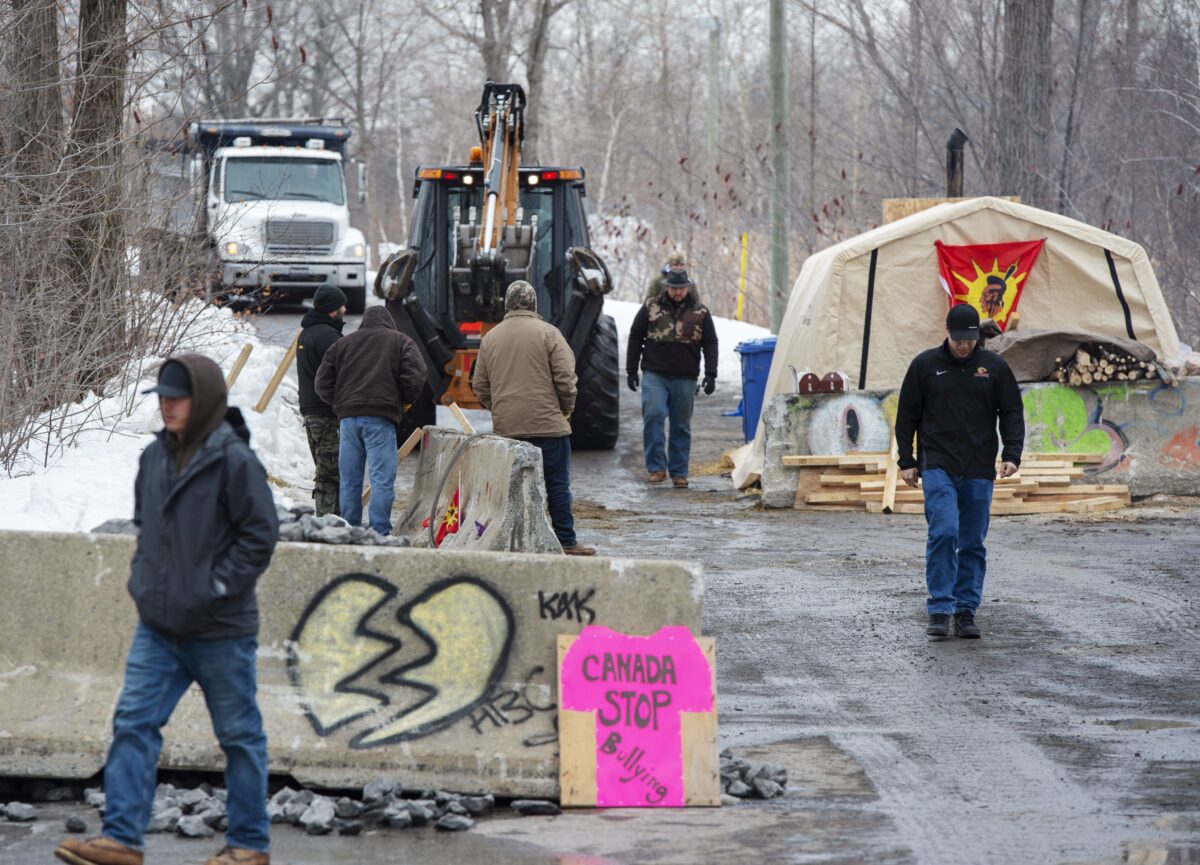 What is at stake in the current pipeline dispute?

Few episodes in Canadas recent past have attracted national and global attention as have the anti-pipeline protests and rail blockades in solidarity with the Wetsuweten hereditary chiefs. Fuelled by well-financed and media-wise environmental organizations and accelerated by legitimate Indigenous frustrations and internal political dynamics, the recent imbroglio has brought potent political and economic forces together in what has the makings of a perfect storm.

While there has been some movement toward ending the blockades and while a tentative deal to end the pipeline dispute is supposedly forthcoming, there can be no mistaking that this situation is more broad and complex than one pipeline or one agreement.

In summary, here are some of the basic realities. Environmental groups have targeted Canadas energy sector, correctly identifying the governments vulnerability on energy production and delivery. Five Wetsuweten hereditary chiefs are asserting their right to make decisions regarding their traditional territories, a position that has solid legal foundations but has not yet been clarified in practice or legitimized by formal community endorsement. The protesters do not represent all, or even many, Indigenous peoples; many are non-Indigenous anti-pipeline advocates who associate the two causes to gain media attention and delay construction activity.

The fact is that the majority of elected First Nations officials and the Indigenous population at large support natural resource development.

The protests are part of the ongoing effort by climate change advocates to curb energy production and delivery, thereby threatening major projects with cancellation. The federal government has been proceeding with extreme caution and less than fulsome commitment to the energy sector. The shifting regulatory environment has already stifled energy investment and activity. Western anger has escalated dramatically, stoking the flames of separatism or, more plausibly, further entrenching regional hostility.

Consider, specifically, what is at stake in this controversy.

Indigenous decision-making authority. The Gitxsan and Wetsuweten won recognition of outstanding, but unspecified, Indigenous title to their traditional lands. A quarter-century later, the meaning and political processes of traditional Indigenous governance, including the authority and role of hereditary chiefs, remain unresolved. The hereditary chiefs have asserted a plausible position on this issue, but a resolution process has not been found.

Indigenous economic futures. The chief and council of the Wetsuweten, along with other First Nations in northern B.C., have endorsed the Coastal GasLink pipeline. Jobs, hundreds of millions in business, and long-term community benefits are at stake. The pipeline, along with the Trans Mountain Expansion (TMX) project, is a priority for First Nations across Western Canada. Indigenous communities, particularly in northern regions, see resource development as one of the only ways to achieve a fair share of Canadian prosperity. They can feel a once-in-a-century opportunity slipping through their fingers.

Western regionalism and Canadian politics. For almost 40 years, Western Canadians have been suspicious of Central Canadian plans for the energy sector. The unequal treatment of the region compared to energy and emissions projects in Eastern Canada remains a major irritant. Construction delays have angered westerners, particularly in Alberta and northern districts. If Coastal GasLink does not proceed, a long winter chill will descend on the region.

Canadas economic future. The importance of the oil and gas sector in Alberta and the West in general is well known. Much less appreciated are the tens of thousands of jobs and billions of dollars in business for Central Canadians and the thousands of workers from the Maritimes who work in the sector regularly. Recent government policy and regulatory expansion, combined with low prices and uncertain global demand, have driven billions of dollars in investment out of the sector. If pipelines are delayed or cancelled, the loss of investment will escalate and revenue to Indigenous, provincial, territorial, and federal governments could decline precipitously.

The national climate change agenda. Canadas approach to emission control has been highly conceptual, haphazard, and unconvincing. If significant economic dislocations attend pending government decisions on TMX and Coastal GasLink, the governments climate change agenda will be advanced in the minds of many Canadians and discredited in the eyes of a larger number. These measures would have a distinctly Western Canadian impact while causing little obvious or immediate pain in Central and Eastern Canada.

Controlling civil disobedience in Canada. Protest is an important and necessary part of democratic political life. But there are real limits, which have already been crossed by some of the protesters. Economy-harming road blockades, major traffic disruptions, and the barricading of the B.C. legislature have gone too far. Ironically, these extreme protests, particularly railway blockages that lack support from First Nations governments, have eroded public sympathy for the environmentalists cause and put great pressure on the federal government to take action.

The gathering anti-protest backlash. Canadians are a calm and unprovocative people. But there are limits to their patience. This line, too, has been crossed. Non-Indigenous counter-protesters have started to push back. News media comment sections and calls to radio talk shows reveal the depth of the anger, the misunderstanding of the relationships between the anti-pipeline and Indigenous rights issues, and simmering unhappiness with the trajectory of Indigenous aspiraRead More – Source