Madelyn Linsenmeir, 30, had been arrested for allegedly violating probation on a drug-related offense in another state."I have a really really really bad chest, like I don't know what happened to it, it feels like it's caving in, I can't even breathe," Linsenmeir tells a Springfield Police Department sergeant, according to surveillance video cited in a wrongful death lawsuit filed Thursday by her estate.The scene marks the start of a series of alleged missteps by the Springfield Police Department, the Hampden County Sheriff's Department and others accused of denying proper medical care to Linsenmeir after she asked for it, according to the suit filed by the ACLU of Massachusetts, Prisoners' Legal Services of Massachusetts and Goulston & Storrs.The complaint draws new attention to a story that captured national interest in 2018, when Linsenmeir's sister penned a touching and honest obituary about the young woman who struggled with an addiction to opioids.In the days before she died, Massachusetts police officials and correctional center staff did not take Linsenmeir's vitals, the suit alleges, and instead determined she was suffering from alcohol- and opioid-related effects. They gave her ibuprofen, vitamin B and a drug used to treat symptoms of alcohol withdrawal, it says. Also listed as defendants are three Springfield police employees and five unnamed staffers of the Western Massachusetts Regional Women's Correctional Center, where Linsenmeir was transferred and which is run by the sheriff's department. 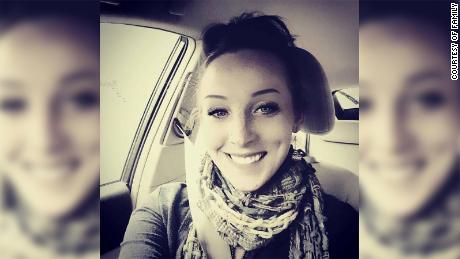 "Madelyn told them repeatedly she was sick and not 'dope sick,'" the suit says, referring to a term used to describe the difficult process of withdrawing from opioids. "(Women's Correctional Center) staff members told Madelyn that the situation was her own fault for using drugs," according to the lawsuit, which says Linsenmeir's substance abuse disorder is classified as a disability under the Americans with Disabilities Act. Linsenmeir's condition "visibly deteriorated" over the days after her September 29 arrest, to the point that other detainees told staff she needed medical attention, the lawsuit asserts.Linsenmeir was found unresponsive in her cell on October 4 at the Women's Correctional Center. She was taken to a hospital, put on a ventilator and died three days later, still in police custody, the suit states.The city of Springfield and Hampden County Sheriff's Department did not immediately respond Thursday to CNN's inquiries about the suit.The Springfield Police Department investigated the matter in 2018, police spokesman Ryan Walsh and city spokesman Darryl Moss told CNN at the time.Weeks after Linsenmeir's death, Hampden County Sheriff Nicholas Cocchi expressed sadness over her passing and wanted to "extend my sympathies to her family," he told CNN in a statement at the time, adding that she was "under the evaluation and supervision of our correctional and medical team."Cocchi released a statement to CNN, saying he could not comment on a specific death. He said the department has an award-winning method for caring for people with a wide range of health problems who come into their system, and said his department's methods have been replicated by law enforcement around the country. "The Hampden County Sheriff's Department always aims to provide the best healthcare available to everyone who comes into our custody," he said in a statement to CNN. "Often, individuals come to us after many years of poor health care in the community and we strive to provide the best healthcare services given the challenging circumstances of these individuals prior to them arriving in our custody."

An autopsy found Linsenmeir died of an infected heart valve, which the suit claims is "generally treatable through medications and or surgery." "Madelyn's illness was treatable. Her life could have been saved; her suffering could have been spared. She was in the defendants' custody. She begged them for help. Other prisoners sought help on her behalf. But the defendants refused and caused her death," the lawsuit states. "Ultimately, the decision whether Madelyn would go to the hospital did not belong to her."A heart valve infection is a common complication faced by intravenous drug users, said Dr. Chapman Sledge, an internist who, though not a heart specialist, has spent the past 30 years focusing on addiction medicine. Sledge did not treat Linsenmeir but reviewed her death certificate and the facts of her case."For a person who injects drugs, sterile technique is out the window," Sledge said. "It's virtually universal that you're introducing bacteria into the blood stream." 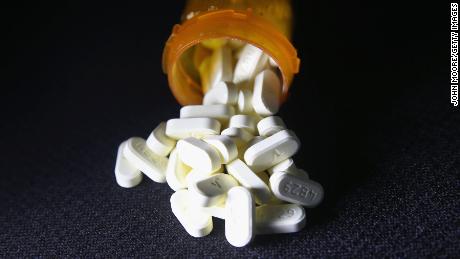 When that happens, bacteria can "stick" onto delicate heart valves and build up into what's known as vegetation, Sledge said. That can cause infections of the heart valve, and that vegetation can shower the lungs with bacteria, causing more infection and difficulty breathing. "It is treatable. I can tell you, without treatment, it would be almost universally fatal," Sledge said. "Without treatment, people don't recover."Even with treatment, the condition can be so dangerous that there's a nearly 25% mortality rate in the hospital, Sledge said. The condition requires lengthy, aggressive treatment, often including IV antibiotics over about six weeks, Sledge said. Sometimes surgeries are required to replace or repair the damaged heart valve."The sooner one is diagnosed and treated, the lower the mortality," he said. When Sledge Read More – Source