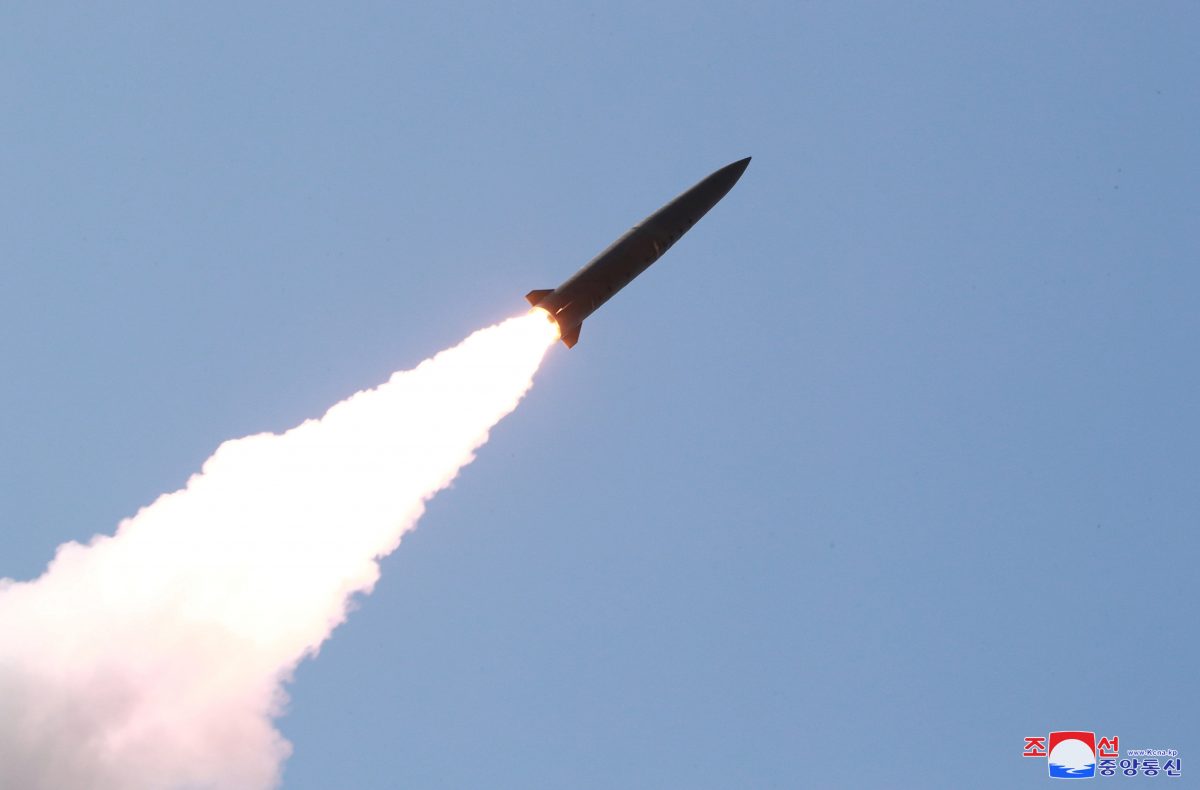 The projectiles included artillery fired from a multiple launch rocket system (MLRS) and flew up to 200 kilometers (124 miles) and reached 50 kilometers in altitude, according to South Koreas Joint Chiefs of Staff (JCS).

They were launched from the eastern coastal town of Sondok, home to a military airfield where nuclear-armed North Korea fired missiles last year, the JCS said in a statement.

The JCS said the latest test appeared to be part of firing drills that have been under way since late last month and personally overseen by North Korean leader Kim Jong Un.

After a three-month halt in missile testing, North Korea tested an MLRS on March 2, which Seoul officials said was part of the same exercises.

The JCS expressed “strong regret” over the launch and said it was watching for additional tests.

“The ministers once again pointed out that the continued firing drills are unhelpful for efforts to build lasting peace on the Korean peninsula,” the Blue House said in a statement.

Japanese Defence Minister Taro Kono said the projectiles appeared to be ballistic missiles and did not fall into Japans exclusive economic zone, though the government was examining details about the launch.

A U.S. official, speaking on condition of anonymity due to the sensitivity of the subject, said North Korea hRead More – Source