The concession came during defense attorney Dick DeGuerin's opening statement in Durst's murder trial, which got underway last week. Co-counsel Chip Lewis confirmed to CNN that his client, Durst, will take the witness stand during the trial.Durst, 76, was arrested and charged in March 2015 with killing Berman. He is accused of shooting her in the head at her Beverly Hills home two days before Christmas in 2000. Only a few months ago, he admitted writing a note that led police to find her body, but he has repeatedly denied killing her and has pleaded not guilty to first-degree murder. The day she died, Berman was scheduled to talk to police about Durst's first wife, Kathleen McCormack Durst, who disappeared in 1982. Prosecutors allege Durst killed Berman to keep her from incriminating him.Berman had been Durst's confidant since their days at UCLA, prosecutor John Lewin said last week. The daughter of a notorious mobster, Berman would "go to almost any length to protect" Durst, he told the jury. Lewin also laid out his case for how he believed Kathie Durst disappeared while she was apparently en route to medical school in New York. She was declared legally dead in 2017. Kathie Durst's body was never found, and Robert Durst has not been charged in her death. Still, Lewin spent a lot of time last week talking about their troubled marriage, at times drawing objections from the defense. 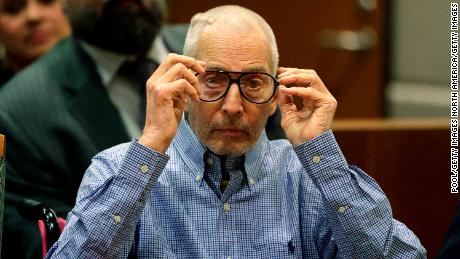 In the late 1980s, Berman had fallen on hard times financially, and Durst gave Berman large amounts of money in exchange for guarding his secret, Lewin said. Berman was killed hours before she was due to speak with police about the disappearance of Durst's first wife, he said. "Susan knew her killer and … she freely and voluntarily let the killer into her house," Lewin said. The now-frail Durst is confined to a cell in a prison medical unit, according to the Los Angeles County Sheriff's Department. The trial could last several months. The case centers largely on circumstantial evidence, including Durst's infamous muttering on the 2015 HBO documentary "The Jinx" that he had "killed them all." There are also potentially incriminating statements he made during a three-hour interview with Lewin after his arrest in New Orleans. There are no eyewitnesses and no murder weapon.A key piece of evidence is the so-called "cadaver" note, a cryptic letter sent to police with Berman&#03Read More – Source