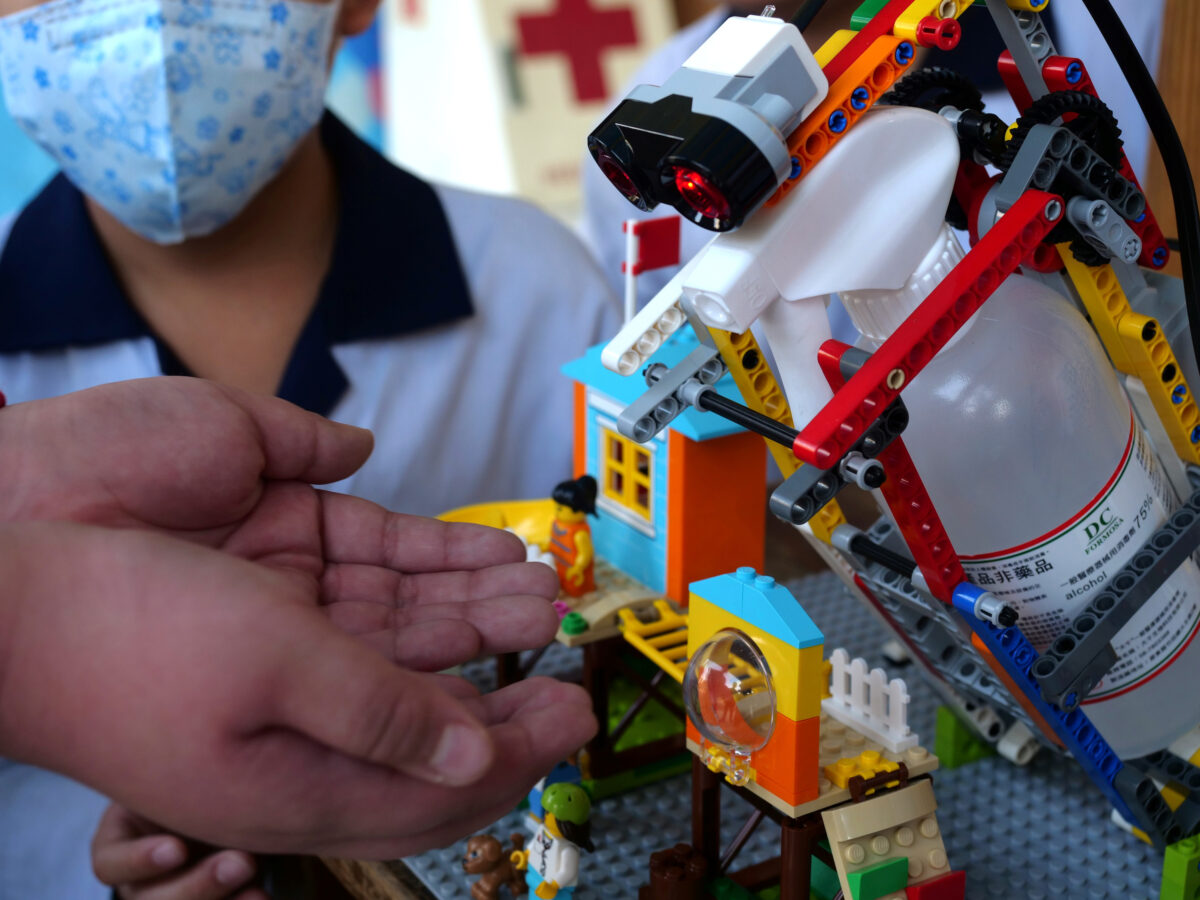 KAOHSIUNG, Taiwan—Students at an elementary school in the southern Taiwanese city of Kaohsiung have found their own unique way to fight the coronavirus and stay ahead of the curve in epidemic prevention—an automated disinfectant dispenser built from Lego.

Children ranging from six to 12 years old use every school break and any chance they can get to line up to use their self-built alcohol disinfectant robot that some of their peers have assembled under the guidance of their robotics coach.

“Washing hands is super,” shouts a recorded voice after the dispenser senses a pair of hands in front of its ultrasonic sensor and dispenses alcohol disinfectant from a spray bottle by pulling back its handle with a motor and gearwheel mechanism.

Next to the robot, there are scenes crafted by the younger students showing various situations that require the washing of hands: an operating table in a hospital, a toilet and a flower garden.

One year after the Fukushima nuclear disaster in Japan in 2011, teachers at the Linyuan Elementary School decided the students should learn about the basic principals of robotics.

The school is situated in an industrial area, dominated by the petrochemical sector.

Teachers wanted to teach the children to be able to solve problems in their hometown in the future—such as fire, air pollution and gas explosions.

Since then, the school has represented Taiwan in many international competitions abroad and won several prizes with its robotics club.

Taiwan has recorded 45 cases of the coronavirus, which originated in China. The outbreak has strained already poor ties between Taipei and Beijing, with Taiwan especially angry at Chinas efforts to block its participation at the World Health Organization (WHO).

China is pressuring Taiwan with “provocative” air force maneuvers near the island and spreading fake news to sow discord during the coronavirus outbreak, security sources and government officials in Taiwan said.