With a host of sporting events impacted by COVID-19's spread, F1 has remained resolute in its intention to start the 2020 season in Melbourne, despite having already postponed the Chinese GP."I am really very, very surprised that we're here," six-time world champion Hamilton told reporters. "I think motorsport, I think it's great that we have races but for me, it's shocking that we're all sitting in this room. So many fans here already today and it seems like the rest of the world is reacting — probably a little bit late."Hamilton also revealed he had been conscious to take preventive health measures as he traveled to Australia. "Naturally being on a flight with god knows how many people and then stopping in an airport full of so many people, I didn't really think too hard on it," said the 35-year-old."I'm trying to make sure I'm taking all the precautions I could, in terms of not touching things and always using hand sanitizer."While Hamilton is planning to race, the McLaren Racing team has announced it is withdrawing from the Australian GP after a team member tested positive for coronavirus. The infected individual was self-isolated as soon as they displayed symptoms and is now being treated by local healthcare authorities. "The team has prepared for this eventuality and has ongoing support in place for its employee who will now enter a period of quarantine," the team said on Twitter. "The decision has been taken based on a duty of care not only to McLaren F1 employees and partners, but also to the team's competitors, Formula 1 fans and wider F1 stakeholders."READ: Cristiano Ronaldo back home in Madeira as Juventus grapples with coronavirus outbreak 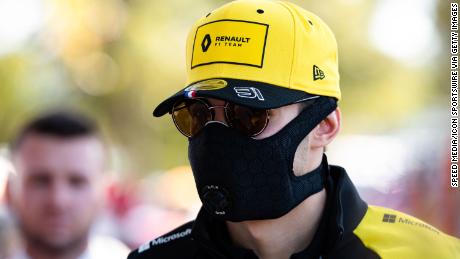 US President Donald Trump announced on Wednesday he was restricting travel to the United States from more than two dozen European countries to quell the spread of the virus, something Hamilton referenced in his media conference. Asked why he felt the race was still going ahead as planned, Hamilton replied: "Cash is king."He added: "You're seeing the NBA's been suspended, yet Formula One continues to go on."I saw (80-year-old) Jackie Stewart this morning — looking fit and healthy and well — in the lift. Some people as I walked into the paddocks, some elderly individuals. "It's a concern for the people here. It's quite a big circus that comes here so it's definitely concerning for me." 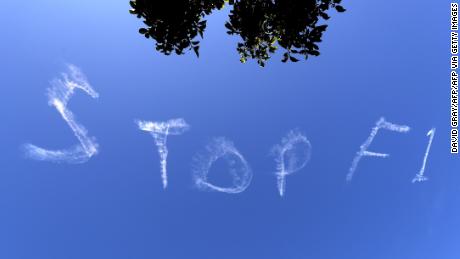 The first practice sessions of the new season are due to begin on Friday at the Albert Park Circuit, with the race scheduled for Sunday March 15."It is very difficult having a fair judgement, but I do realize a lot of sporting competitions get canceled and it is fair to ask the question why you are here," said Ferrari driver Sebastian Vettel."We have to trust FIA (motorsport's governing body) and for them to take all the precautions but the answer no one can give you is how much you can control what is going on.&quoRead More – Source