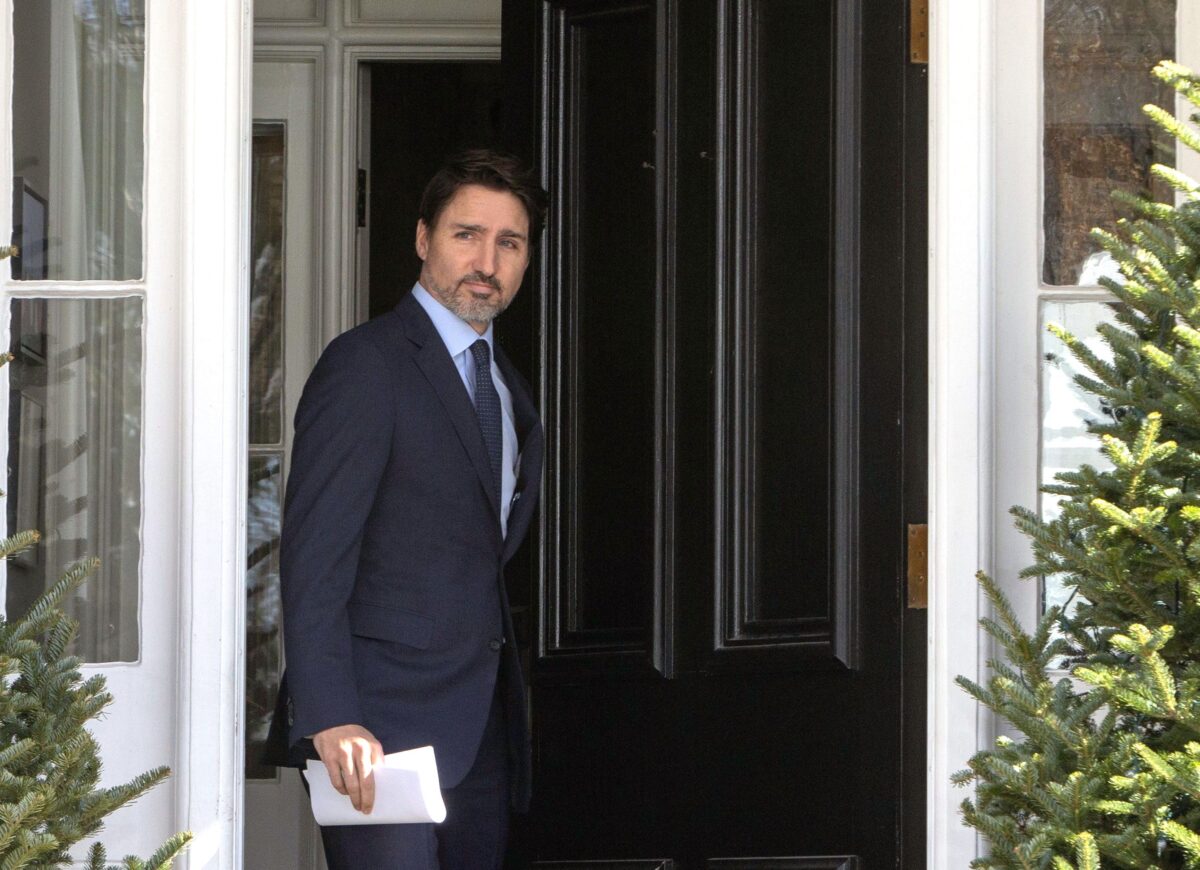 TORONTO—The suspension of Parliament, billions of dollars in extra federal spending, and recommendations against leaving the country were among extraordinary steps public and private sector organizations were taking Friday to try to curb a pandemic that has sparked concerns Canada is headed for a recession.

The all-party decision to stop sitting in the House of Commons until April 20 came as Prime Minister Justin Trudeau remained in precautionary self-isolation along with his wife Sophie Gregoire Trudeau, who is in quarantine with a mild case of COVID-19.

“It is an inconvenience and somewhat frustrating,” Trudeau said from outside his home in Ottawa. “We are all social beings after all, but we have to do this because we have to protect our neighbours and our friends, especially our more vulnerable seniors and people with pre-existing conditions.”

The government, Trudeau said, was planning to restrict arriving international flights to unspecified airports to enable more stringent screening. Cruise ships with more than 500 people on board were also barred from docking in Canada until at least July 1, a blow for docks and tourism-dependent jobs.

Travel restrictions and fears have already begun to take hold. The union representing hundreds of WestJet flight attendants said it was expecting the layoff of more than half its members given soaring flight cancellations, according to an internal memo obtained by The Canadian Press.

Trudeau acknowledged the outbreaks financial impact but said the government had “significant fiscal firepower” to cushion the blow.

“No one should have to worry about paying rent, buying groceries or additional child care because of COVID-19,” he said. “We will help Canadians financially.”

While financial markets bounced back somewhat from Thursdays jaw-dropping plunge, the Royal Bank and CIBC warned of economic storm clouds on the horizon. Canada, the banks predicted, could fall into a recession in light of COVID-19 and the steep decline in oil prices sparked by Saudi Arabias increased production.

Finance Minister Bill Morneau addressed the concerns by announcing a stimulus program worth $10 billion to help business weather what he called the “health crisis.” The Bank of Canada said it was cutting its key rate by 50 basis points to 0.75 per cent.

“We have your back,” Morneau said. “We are going to do whatever it takes.”

Canada has recorded more than 150 COVID-19 cases and one death in a pandemic that has swept much of the world. Experts say the disease poses little risk to most people, and one of the most effective measures is to wash your hands and maintain at least a metre distance from others.

Countries such as China, where the virus originated, and Italy have already taken drastic measures to curb its spread. U.S. President Donald Trump declared a national state of emergency on Friday, a rare move that unlocks up to US$50 billion in federal money for battling coronavirus.

“This will pass, and were going to be even stronger for it,” Trump said.

Quebec, with 17 total confirmed cases, said it was closing schools, colleges, universities and most child-care centres for two weeks.