Now the museum is facing a harder truth: All of its 16 expensive fragments are forgeries. This weekend, at a conference in Washington scrambled by the coronavirus pandemic, experts released a 200-page report revealing how the forgeries fooled scholars and buyers on the antiquities market. "After an exhaustive review of all the imaging and scientific analysis results, it is evident that none of the textual fragments in Museum of the Bible's Dead Sea Scroll collection are authentic," said the leader of the investigation, Colette Loll, the director of Art Fraud Insights, in a statement. "Moreover, each exhibits characteristics that suggest they are deliberate forgeries created in the twentieth century with the intent to mimic authentic Dead Sea Scroll fragments."The findings were originally scheduled to be made public at the Museum of the Bible on Sunday, but the event was postponed. CNN raised questions about the museum's Dead Sea Scroll fragments in 2017 as the Green family prepared to unveil their $500 million museum. Now scholars say the Dead Sea forgeries could be part of the most significant sham in biblical archeology since the "Gospel of Jesus' Wife," which hoodwinked a Harvard scholar and made worldwide news in 2012.Some scholars estimate that as many as 70 forged fragments, purportedly part of the Dead Sea Scrolls, have hit the market since 2002. Revelations about the Green's collection could raise more questions about ancient biblical artifacts bought by other evangelicals, often for millions of dollars.

Why the scrolls are so coveted

Discovered 70 years ago in caves around Qumran, the Dead Sea Scrolls are among archaeology's most significant scriptural finds, containing the oldest versions of the Hebrew Bible and other Jewish texts that date to the time of Jesus. Most of the scrolls are kept at the Shrine of the Book in JerusalemIn 2018, German-based scholars tested the five of the Bible museum's fragments and said they "show characteristics inconsistent with ancient origin."Oklahoma billionaires, the Greens are best-known for their chain of Hobby Lobby craft stores and their religious freedom battle with the Obama administration over covering contraception in company health care plans.The news of the forgeries is a significant embarrassment for the new museum, which, at 430,000 square feet in the heart of downtown DC, is a deep investment for its evangelical founders. Museum leaders portrayed the fiasco as good for museums and the antiquities market. "The sophisticated and costly methods employed to discover the truth about our collection could be used to shed light on other suspicious fragments and perhaps even be effective in uncovering who is responsible for these forgeries," said Jeffrey Kloha, the Museum of the Bible's chief curator, in a statement.Heather Cirmo, a spokeswoman for the Bible Museum, said Steve Green, the museum's founder and board chairman, is not commenting on this project, though he is supportive of it. Cirmo said the Bible museum will not release the cost of the tests. Green has declined to say how much his family spent for the 16 fake Dead Sea Scrolls fragments. Scholars say that similar, authentic artifacts can fetch millions in the antiquities market. 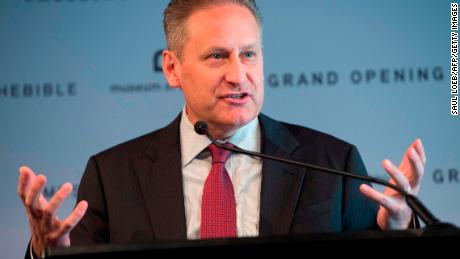 How the forgeries were made

The forgers likely used ancient scraps, possibly from archaeological sites around the Qumran caves. But most of the Green's fake fragments are leather, not parchment like the rest of the Dead Sea Scrolls, according to the report by Art Fraud Insights. The leather scraps could have been bits from ancient Roman shoes, the report speculates.To make convincing forgeries, the forgers coated the scraps with a shiny amber material, most likely animal glue, to fix tears and match the waxy sheen of authentic Dead Sea scroll fragments, the report says. Remarkably, despite being bought from for different sellers, all were coated by the same amber material, suggesting the forgeries may have come from the same hand. Among the forgers' errors, according to the report, was in using modern ink to write snippets from the Bible on the ancient scraps, according to an analysis by German labs. ARead More – Source