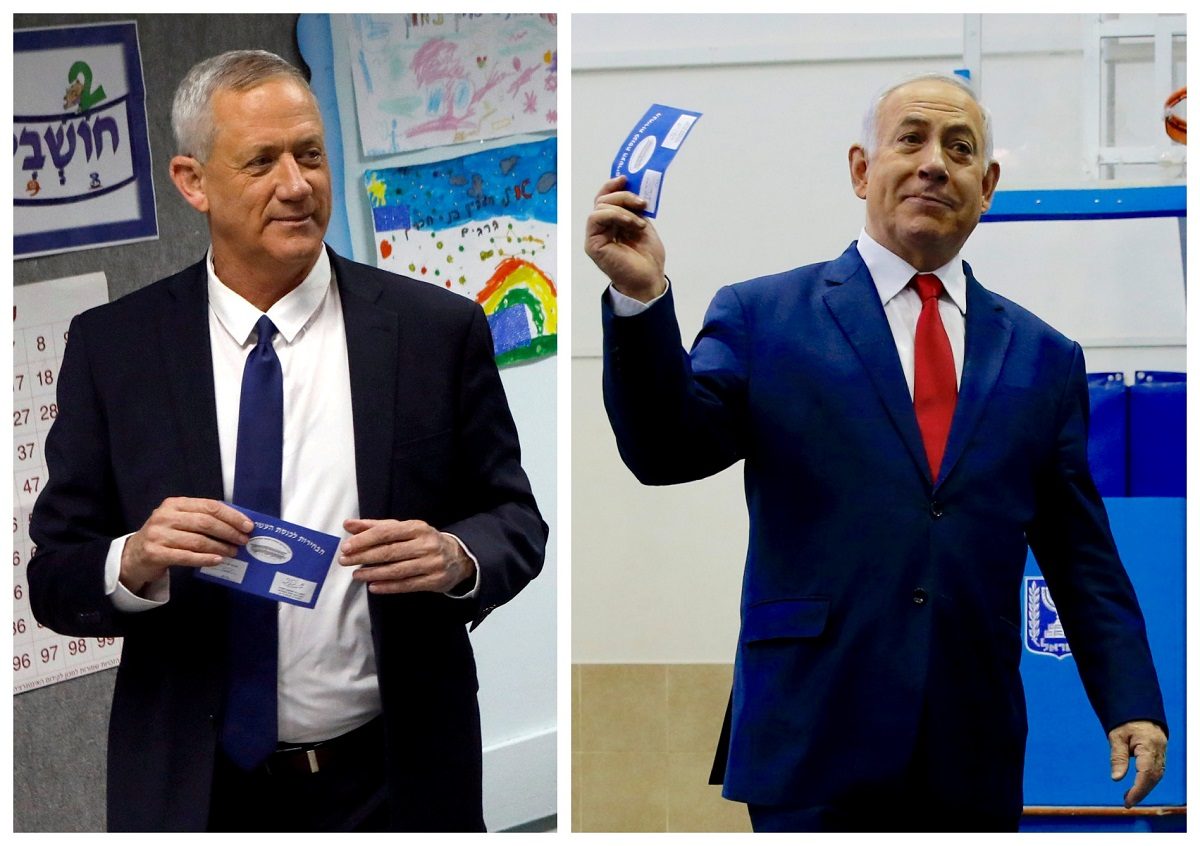 JERUSALEM—Israels president on March 15 said he has decided to give opposition leader Benny Gantz the first opportunity to form a new government, following an inconclusive national election this month.

President Reuven Rivlins office announced his decision on March 15 after consulting with leaders of all of the parties elected to parliament.

The decision raises questions about Prime Minister Benjamin Netanyahus political future as he leads the countrys battle against the coronavirus threat and prepares to go on trial for corruption charges.

Netanyahus Likud emerged as the largest party in the March 2 election, Israels third in under a year. But with his smaller religious and nationalist allies, he received the support of only 58 lawmakers during March 15s consultations, leaving Likud three seats short of the required majority in parliament.

Gantzs Blue and White received the support of parties representing 61 seats, a slim majority. However, those parties are also divided, and it is not clear whether Gantz will succeed in putting together a coalition. One lawmaker refused to endorse either side.

Rivlin said he would formally designate Gantz with the task on March 16. Once formally tapped, Gantz will have a month to cobble together a governing coalition.

Given the possibility of continued deadlock, Rivlin summoned both Netanyahu and Gantz to an emergency meeting on March 15.

Rivlin had earlier suggested the two men form a power-sharing unity government to lead the country through its many crises. If the two rivals cannot reach a unity deal, the country could find itself in a fourth consecutive election campaign.

“Anyone who has watched the news in recent days understands that this is a time of trial and that these are not regular consultations,” he said. “We must now deal with forming a government as soon as possible … at this complex time.”

Israels president holds a largely ceremonial role but is responsible for designating the candidate he thinks has the best chance of being able to form a government by securing a parliamentary majority.

That task has been complicated by the results of the March 2 election. Netanyahus Likud Party emerged as the largest single party, but short of a 61-seat parliamentary majority with its allies of smaller religious and nationalist parties.

While Gantz is backed by a slim majority, the opposition is deeply fragmented—with the predominantly Arab Joint List and the ultra-nationalist Yisrael Beitenu among them—giving Gantz slim odds of being able to form a government.

Yisrael Beiteinus leader, Avigdor Lieberman, and two members of Gantzs own Blue and White Party have said they would oppose a government that relies on support from the Joint List. Lieberman told the president that he supports Gantz, but also called for the formation of an “emergency” unity government to deal with the coronavirus threat.

Netanyahu, in his caretaker role, has invited Gantz to join him in an emergency government. Gantz has left the door open to such an arrangement, but also dismissed the offers as insincere.

Over the past week, the coronavirus scare has overshadowed the countrys precarious political standoff—which comes as Netanyahu prepares to go on trial for corruption charges.

Netanyahu got an important reprieve on March 15 when the Jerusalem court handling the case postponed his trial for two months because of restrictions connected to the coronavirus pandemic.

Netanyahu was scheduled to appear in court on March 17 to face charges of fraud, breach of trust, and accepting bribes in connection to a series of scandals. But following the emergency health measuRead More – Source