Along with San Francisco, which previously announced its order, residents in San Mateo, Santa Clara, Marin, Alameda, and Contra Costa counties, as well as the city of Berkeley, are required to stay home, per an order from health officers of those jurisdictions.The Bay Area order is the most draconian yet of measures being taken across the country to stem the virus' spread as the number of cases continues to rise."We must move aggressively and immediately," San Jose Mayor Sam Liccardo said at a news conference announcing the order. "The time for half measures is over. History will not forgive us for waiting an hour more."Health services, grocery stores, gas stations, banks and food delivery services will remain open. Mass transit will stay open but is to be used only for travel to and from essential services.As of Monday afternoon, more than 4,000 cases of the virus had been reported in the United States, and at least 74 people have died. More than 400 cases have been reported in California, including seven deaths.Elsewhere across the US, schools are closed, and authorities have ordered eateries to offer only take-out or delivery. Large gatherings are banned in many cities and states. The Centers for Disease Control and Prevention on Sunday urged all gatherings of 50 or more people to be canceled or postponed for the next eight weeks, and the White House on Monday offered even more stringent guidelines, saying groups shouldn't be larger than 10 people.The Trump administration Monday asked Americans to stay away from bars, restaurants and food courts for the next 15 days, and to not travel if possible. 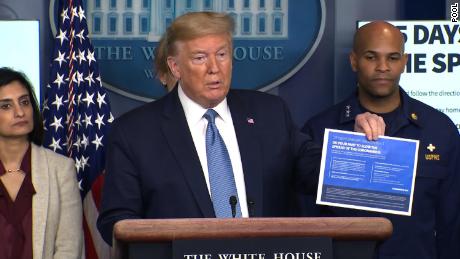