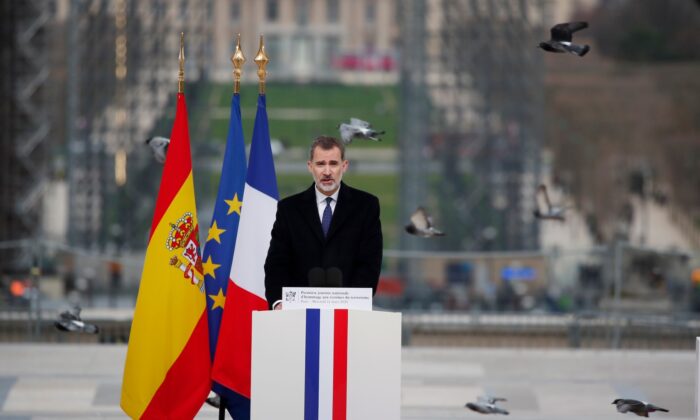 Spain's King Felipe VI delivers his speech during a ceremony to honor victims of terror attacks in Europe, on the 16th anniversary of Madrid attacks, at the Trocadero in Paris, France, on March 11, 2020. (Francois Mori/AP Photo)

Spains King Felipe VI has renounced any future personal inheritance he could receive from his father, King Emerit Juan Carlos I, over the alleged financial irregularities involving the former monarch, the countrys royal house announced on March 15.

The royal house said in a statement that in addition to renouncing his inheritance, Felipe is stripping Juan Carlos of his annual stipend. In 2018, the former monarch received 194,232 euros ($216,000).

UNICEF scales up support in 145 countries to keep children learning, as COVID-19 forces schools to close

Silenced: Stories of Citizens Suppressed for Speaking the Truth About the CCP Virus