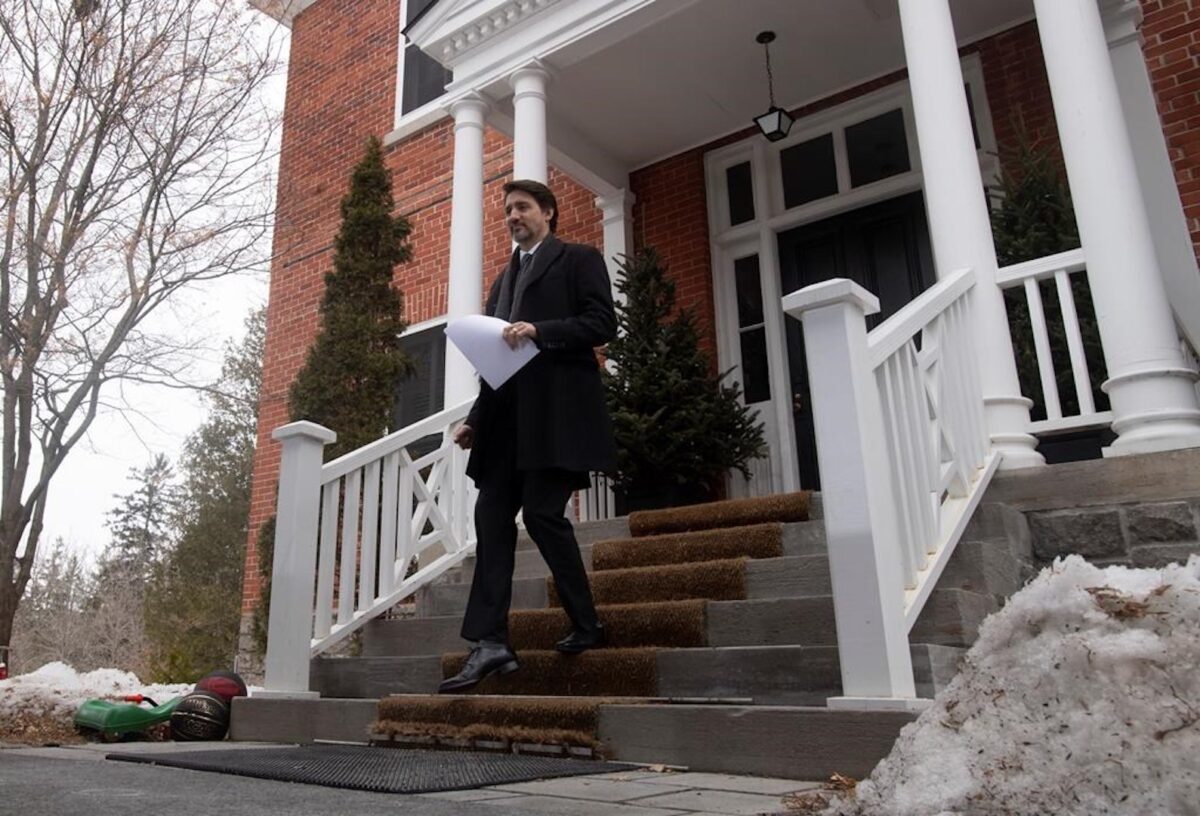 TORONTO—Canadians and their governments scrambled on Thursday to come to grips with the COVID-19 pandemic as case numbers rose, social distancing ramped up, and everyday life morphed into an abnormal new normal that could last months.

Amid growing and widespread economic turmoil, isolation measures that have shuttered bars, restaurants and entertainment venues have idled a dizzying number of workers. Distress hotlines have seen a surge in calls.

In Vancouver, Lisa Warren spoke of the disbelief at learning this week that both her jobs were gone—as a manager in a community centre and as a hotel painter.

“I was shocked that day and the next morning and I woke up and had crazy anxiety,” Warren said. “Everything all the sudden became real. I have to change my daily approach.”

Prime Minister Justin Trudeau, who has promised billions in financial help to soften the devastating coronavirus blow, urged people on Thursday to self-isolate as he acknowledged the “difficult and extraordinary” measures now in place might last weeks or months.

“Theres no doubt, these are uncertain times,” Trudeau said from his own self−isolation in Ottawa.

With most airlines drastically curtailing operations, thousands of people have been stranded abroad. The prime minister said he had spoken to Air Canada and WestJet about finding ways to help Canadians get back to a country struggling to slow infection rates.

An Ontario health unit reported a new death as cases jumped in the province—43 new ones—bringing its total to 257 with two deaths. Canada is now closing in on 800 cases, 10 fatal. Seven of the fatalities have occurred in British Columbia, which has also surpassed the 200-case mark, while Quebec has topped 120 cases.

Most people with COVID-19 show mild symptoms, with the elderly and those with underlying health problems at greater risk. The federal government says frequent hand-washing and keeping at least two metres from others is the most effective way to prevent the spread of the highly contagious virus.

Trudeau said details of the closure of the Canada-U.S. border to all “non-essential” travel would come within in a day or so.

In line with others entering Canada, all would-be refugees arriving at the Roxham Road border crossing into Quebec from New York state will be quarantined in temporary housing for 14 days, Deputy Prime Minister Chrystia Freeland said. She also said she had spoken to all the premiers about the issue.

The fast spread of the virus prompted hundreds of doctors, nurses and activists to call on provincial governments to ensure immediate access to free health care for recent immigrants and other newcomers. Typically, new arrivals, including Canadians returning from longer stretches abroad, mustRead More – Source