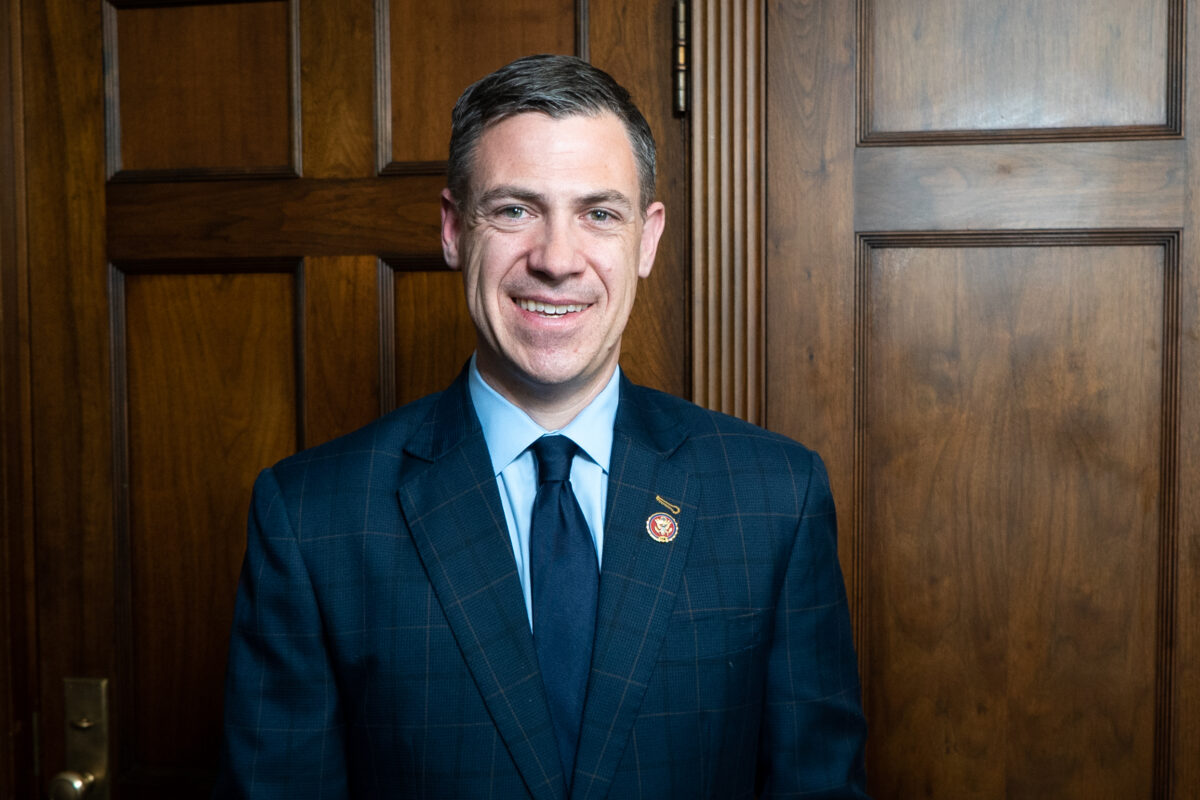 The Beijing regime should pay a “severe price” for covering up the deadly CCP virus pandemic and inflicting a huge financial and health toll on the United States and Americans, Rep. Jim Banks (R-Ind.) told The Epoch Times.

The “reparations” could take on a variety of forms, including forcing China to forgive some or all of the U.S. national debt that China has bought up, institute tariffs on Chinese goods as a punishment, and pull state pension funds out of Chinese investments, according to Banks.

“We have got to hold China accountable and make them pay,” he said on The Epoch Times American Thought Leaders program.

The Epoch Times refers to the pathogen commonly known as the novel coronavirus as the CCP virus because the Partys coverup and mismanagement allowed it to spread throughout China and create a global pandemic.

During the early stage of the CCP virus outbreak in January, the Chinese regime blocked U.S. experts at the U.S. Centers for Disease Control and Prevention from visiting China to study how the United States should prepare for an outbreak.

It was only on Feb. 10 that a team of international health specialists led by the World Health Organization, including two from the United States, arrived in China.

“It took us too long to get the medical experts into the country. We wish that could have happened more quickly,” U.S. Secretary of State Mike Pompeo said at a Feb. 18 press conference, adding that he hoped to see more transparency from the Chinese side during its initial response to the outbreak.

U.S. national security adviser Robert OBrien, during a March think tank event, also criticized the Chinese regime for silencing whistleblowers and preventing information about the virus from getting out. The initial coverup of the virus, OBrien said, “probably cost the world community two months to respond.”

Such censorship had dangerous consequences, Banks said during the interview.

“That means two months weve lost in trying to prepare for this, and all the while, my local economy constituents in my district are seeing the havoc that is the result of Chinas negligence.”

A March study by University of Southampton researchers, currently in preprint and not yet peer-reviewed, suggested that officials in China could have cut the number of total infections down by 95 percent had they enacted measures to contain the viruss spread three weeks earlier than it did. China placed parts of the country on lockdown beginning on Jan. 23.

“China should pay a severe price for that negligence, for their role in the matter of allowing this to happen,” Banks said.

Recently, the regime has ramped up disinformation campaigns targeting the United States, with some top Chinese officials amplifying conspiracy theories on social media, in an effort to shift international attention away from its botched handling of Chinas epidemic.

On Twitter, Zhao Lijian, a Chinese foreign ministry spokesperson, suggested that the U.S. Army was responsible for introducing the virus into the outbreak epicenter of Wuhan.

A week ago, the United States became the first country to start a human trial of a vaccine against the virus. In a remark that also insinuated that the virus had U.S. origins, Chen Xuyan, director of the ICU department at the government-affiliated Beijing Tsinghua Changgeng Hospital,