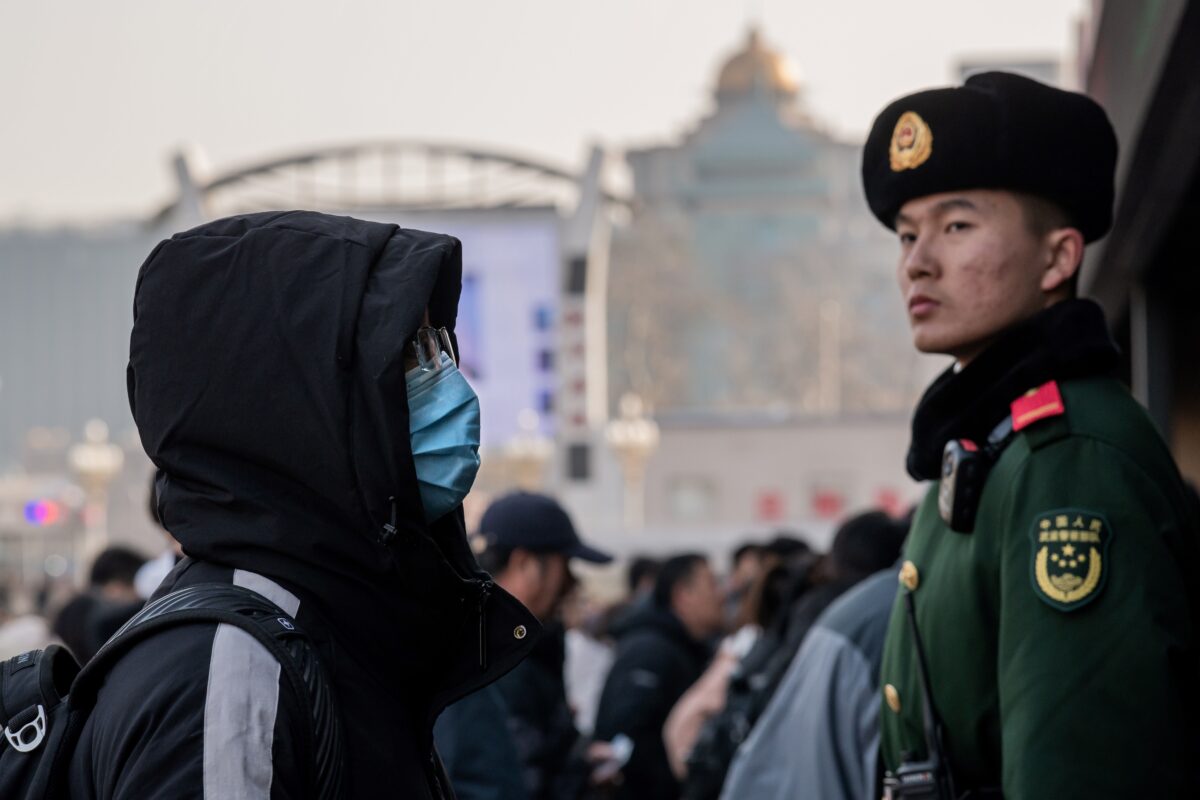 The Chinese regime has been keeping close tabs on state media reporters since the start of the CCP virus outbreak to make sure their reporting is in sync with official narratives, a former reporter told The Epoch Times.

Canada-based Zhang Zhenyu, a former reporter with ifeng, a Hong Kong-based pro-Beijing media, revealed Beijings detailed instructions to about 300 Chinese state media reporters who were dispatched to the outbreak ground zero of Wuhan since the early stages of the outbreak in January. The revelations were based on his sources working in the industry in China.

He said the top priority of these on-the-ground reporters was to not report any negative news.

Across China, every major state-run news agency has sent reporters to join the press corp in Wuhan. They are to stay in the city until the outbreak is over, according to Zhang. The nature of their role is so clear that internally, the reporters call themselves the “propaganda team,” he said.

Zhang said the regime has stipulated strict rules to keep the reporters in check.

The regimes propaganda department has ordered reporters to follow the lead of Xinhua, China News Service, and Peoples Daily, the three top Chinese state-run news outlets, according to Zhang.

The reporters are not permitted to leave the group or disclose their whereabouts to anyone outside. No one is allowed to act on their own discretion, he said. Their schedules are loaded with pre-scripted interviews, while photos for each report are carefully screened by authorities for approval.

“The so-called press corp is a string tied around every reporters neck. … You have to go wherever you are asked to go,” Zhang said in an interview. “They eat and live together, and act in concert, monitoring each other—its basically a prisoners dilemma.”

Normally in China, if a reporter treads the wrong political line, they would have to write a self-criticism and the company would usually act as a buffer to protect the reporter, Zhang said. However, by rounding the reporters together, the regime effectively strips off this protective layer and may directly punish anyone for veering off track.

“In the past, we would escape under such circumstances, but in a place like Wuhan, you cant run away even if you wanted to. In plain terms, they have become pawns in this [press] corp.”

First, they needed to shift the focus away from the severity of the outbreak and emphasize how the city is heading back to the state of normalcy.

The reporters were also told not to report new cases to avoid stoking public fears, Zhang said. Instead, they would step up the coverage on how the outbreak is worsening overseas to direct the attention elsewhere, and to showcase how the regimes way of governance is superior to democratic systems abroad.

Further, an “alarm system” has been put in place to filter out sensitive content about the outbreak on the internet, he added. A recently leaked document from Hubei Province showed that officials had hired at least 1,600 censors in the region to remove any critical remarks online in real time.

Ahead of their trip to Wuhan, the reporters had been warned not to violate the terms as any issues that arise from their mistakes would be a matter of national security, Zhang said.

The reporters did not dare not to discuss their work even with family, knowing that their phones are likely tapped, according to Zhang.

Controlling the Narrative, From Beginning to End

After its initial cover-up failed and the outbreak spiraled out of control, the regime began to lock down cities from Jan. 23, a drastic measure that ignited public outrage, Zhang said.

The Chinese Communist Partys two objectives, Zhang said, are to shift responsibility and turn the outbreak into an opportunity to glorify itself.

He said Beijing News, a state-run media, received a “stern warning” for slightly transgressing official talking points in its reporting of the swiftly-constructed makeshift hospitals—yet another topic handpicked by authorities.

“The Party does not solve the problem, but rather to get rid of those who raised the questions, this is dictated by its system,” he said. “And to solve the problem means to control the public opinion.”

The regime has also praised state media reporters for their coverage of the outbreak.

Liao Jun, a reporter for state media Xinhua, was among the first to cover the police admonition of Li Wenliang, one of the nations first doctors to warn about the danger of the virus.

She also has over 500 articles under her name, many of which repeated the regimes cRead More – Source