Now, we're learning who some of them were, what they did and what they were passionate about.Those lost to the coronavirus include a former New York fire marshal who sprang into action on 9/11, a mother to six who was battling breast cancer, and four members of a New Jersey family. Here are some of their stories.

A juvenile in California

A minor who lived in Lancaster, California died, Los Angeles County health officials announced on March 24.The juvenile's age was not released by officials but it's believed to be the first death of a person younger than 18 in the United States.

Terrence McNally, an acclaimed playwright, died from coronavirus complications, his publicist Matt Polk said. McNally, 81, was a four-time Tony award winner known for his musicals "Ragtime," "Kiss of the Spider Woman," and numerous other musicals, plays as well as film and television screenplays.He died March 24 at a hospital in Sarasota, Florida. He was a lung cancer survivor with chronic obstructive pulmonary disease, Polk said.Last year, McNally received a Tony Award for lifetime achievement in theater. Over his career, McNally was responsible for 25 Broadway productions, including "Anastasia," "The Ritz," and "The Full Monty."

John Knox, 84, was a retired fire marshal for the Fire Department of New York, but he'd also served his country and his city in myriad other ways — he was a member of the New York Police Department for two years and served in the US Marine Corps during the Korean War. And yet, after a career of service, Knox had more to give. He had been retired for two years on September 11, 2001, but he sprang into action that day to help his country and his community. "He took his vehicle and all the gear that he still had remaining from his time with the FDNY and drove down to The Battery and made the trek from there all the way to Ground Zero," his son, Zachary Knox, told CNN's Anderson Cooper. "And he was there for several weeks afterward."Knox was still going to the gym as of a few weeks ago. "He was a very vibrant 84-year-old," his son said. "I think people decades younger than him had trouble keeping up."Zachary wants his father to be remembered as someone who was "always very committed to being … just a man full of integrity." "He lived and died by his word," Zachary said. "That's the way he always was, and people loved him for it." Knox is survived by his wife, four children and six grandchildren.

A brother of Minnesota lieutenant governor

Ron Golden, a "tough-as-nails Marine who was a big teddy bear on the inside," died after being diagnosed with the virus, according to his sister Minnesota Lt. Governor Peggy Flanagan."Almost exactly two months after we buried our dad, my brother Ron passed away on Saturday. To many, he'll be a statistic: Tennessee's second COVID-related death. But to me, I'll remember a loving, older brother, uncle, father, and husband," Flanagan said in an Instagram post.Just weeks before he was diagnosed with coronavirus, Golden was diagnosed with cancer, which compromised his immune system. He was put into a medically induced coma and placed on a ventilator before he died of the virus, Flanagan said."THIS is why we must #StayHome," she said. "If you feel fine, that's great. But please consider the possibility that you're carrying the virus and don't know it, and then you walk past the next Ron, my big brother, in public."US Senator from Minnesota and former presidential candidate Amy Klobuchar said on Twitter her "heart goes out to my good friend Minnesota Lt. Governor Peggy Flanagan and her family. The virus is affecting so many Americans and together we must work on getting the medical supplies and treatments to those who are sick."Klobuchar's husband has tested positive for the virus.

A 91-year-old who lived a 'life of intellectual fascination'

When Bill Pike, 91, was admitted to the hospital a few weeks ago, his family thought he had pneumonia, his son Daniel Pike told CNN. A week later, the Connecticut man was sedated and on a ventilator. "Nobody, nobody thought he had this," Daniel Pike said. Shortly before he died, Bill Pike received his last rites over the phone, with his wife and three children listening in from quarantine. "It was like a tapestry or quilt of our affections for him," his wife, Cathie Pike, told CNN. 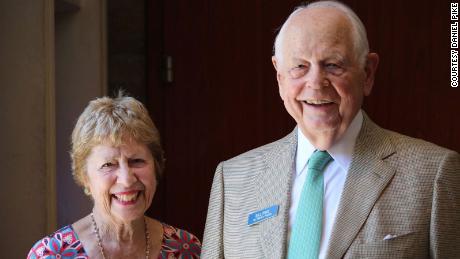 She described her late husband as "simply amazing," and said he "led a life of intellectual fascination of the world." Born in Fort Collins, Colorado, Bill Pike was accepted into the US Naval Academy and served in the Korean War. After returning home, he attended Harvard Business School and went on to have a 30-year career at J.P. Morgan & Company, where he served as chairman of credit policy.Pike was an "old-school gentleman" with "incredible character," said Rev. Peter Walsh of St. Mark's Episcopal Church in New Canaan, Connecticut, where the Pikes were members. He treated everyone the same, Walsh said, from the person who painted his house to the Connecticut governor, with whom he was friendly."We see joy in his 91 full years," Cathie Pike said.

Four members of one family

One New Jersey family is mourning the loss of not one, but four beloved family members — all of them lost to the coronavirus within a week."It's absolutely surreal," Elizabeth Fusco told CNN's Chris Cuomo. "They were the roots of our lives … It's like the second we start to grieve about one, the phone rings and there's another person gone, taken from us forever." Among the family members lost was Elizabeth's oldest sister, Rita Fusco-Jackson. She died on March 13, according to The New York Times. Days later, on Wednesday, Elizabeth's brother Carmine Fusco died, just hours before their mother and the family matriarch, 73-year-old Grace Fusco, died, too. And another brother, Vincent Fusco Jr., passed away on Thursday. Elizabeth was on the phone Wednesday for her mother's final moments. While on a call with the hospital, she heard her mother coding in the background, she said, and doctors' frantic attempts to save her."I listened to those doctors and those machines code my mother on the phone when she passed," Elizabeth said. "I'll never get over that."Grace Fusco had 11 children and 27 grandchildren. "This is a family that always cared and was there for others," according to a GoFundMe page set up for the family.Three other relatives are hospitalized in New Jersey, and 19 other family members have been tested and are waiting on the results, according to Roseann Paradiso Fodera, Grace's cousin and an attorney representing the family. Children, parents and grandchildren have been quarantined."This is an unbearable tragedy for the family," Paradiso Fodera said.

Sundee Rutter, a 42-year-old mother of six, died on March 16 in Everett, Washington, after contracting the coronavirus, her older sister Shawnna Olsen told CNN. "My sister was amazing," Olsen said. "She was the first to lend a helping hand to anyone." 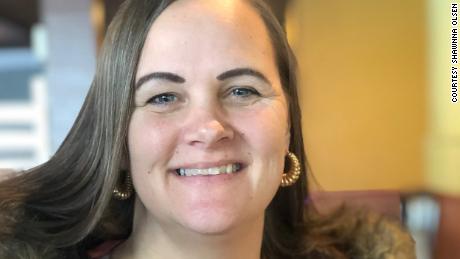 Rutter had been battling breast cancer and was in remission when she fell ill, Olsen said. She was taken to Providence Hospital in Everett, where she died. "She fought valiantly until she could not fight any more," a GoFundMe page set up on behalf of the family says.Olsen called her baby sister a "hero" who always put her children — ages 13 to 24 — first. Rutter had been a single mother since the death of her husband in 2012, Olsen said. Per his "mother's wishes," Rutter's oldest son will become the legal guardian of his younger siblings, Olsen told CNN. "They are well loved by family, community and complRead More – Source