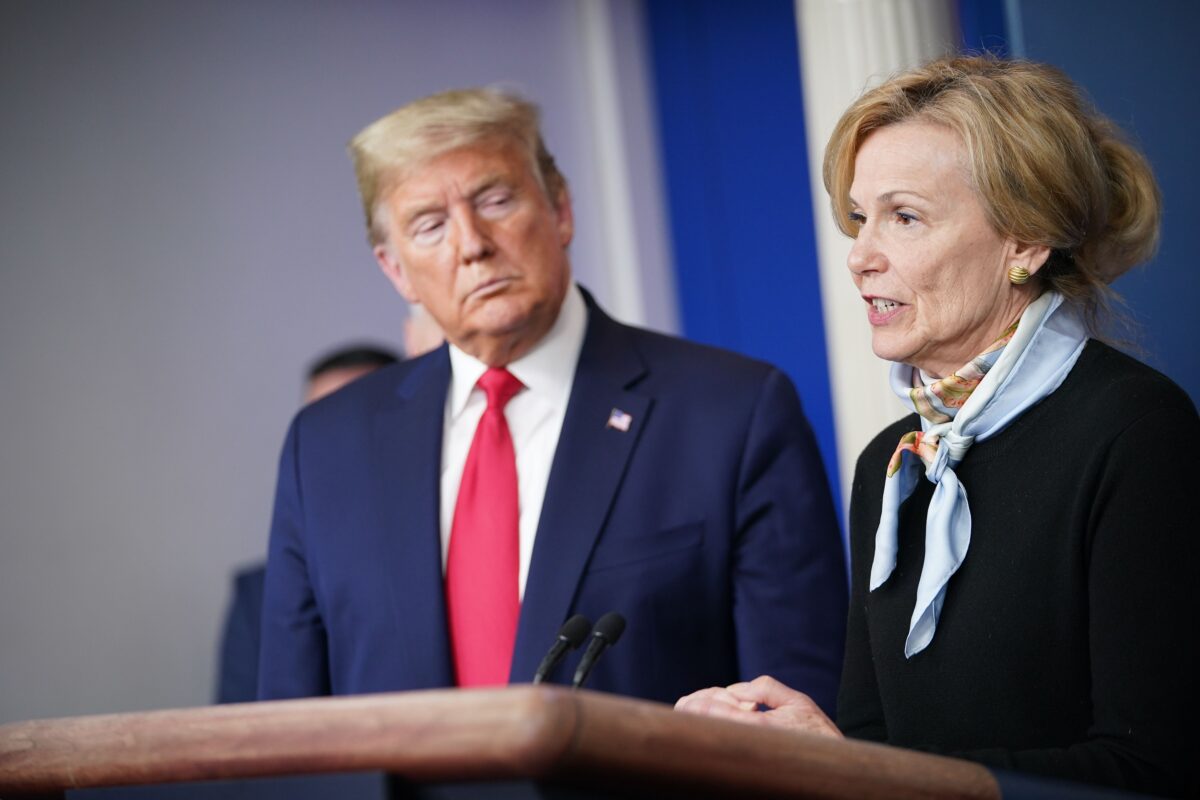 COVID-19 models that have predicted the death of millions due to the pandemic “dont match the reality on the ground” in the United States, the White House coronavirus response director said on Thursday.

“Models are models,” Dr. Deborah Birx said at a Coronavirus Task Force briefing. “When people start talking about 20 percent of a population getting infected, its very scary, but we dont have data that matches that based on our experience.

She added that given the current data, “theres no model right now, no reality on the ground, where we can see that 60-70 percent of Americans are going to get infected in the next 10-12 weeks.”

“The predictions of the model dont match the reality on the ground in China, South Korea, or Italy. We are five times the size of Italy,” she added. “If we were Italy and did all those divisions, Italy should have close to 400,000 deaths. They are not close to achieving that.”

Italys death toll on Thursday stood at a little over 8,200.

Birx stressed that the estimates are based on models which do not consider the ongoing efforts to slow the spread of the virus worldwide.

“The numbers that have been put out there are actually very frightening to people,” she said during the briefing.

“If you do these projections, when you got to those projections that said, like in Germany and others, that implied that 60 percent or 50 percent of the population would get infected, I want to be very clear: The only way that happens is if this virus remains continuously moving through populations in this cycle, in the fall cycle, and another cycle,” Birx said.

The author of the model has since said that deaths in the UK are unlikely to exceed 20,000, Birx said, as stringent measures to restrict movement had been implemented with a three-week total lockdown.

“Half a million to 20,000. We are looking at that in great detail to understand that adjustment,” Birx added.

President Donald Trump meanwhile expressed his doubts about the number of COVID-19 cases being reported by the Chinese Communist Party (CCP) in its official data that is quoted around the world.

“You dont know what the numbers are in China,” the president said when asked by a reporter whether he was surprised that the United States has surpassed China in the number of cases of the CCP virus.

A tracking map published by Johns Hopkins University currently shows that the United States has 85,991 confirmed cases, compared to China which has an official confirmed case total of 81,782. CCP virus deaths in the U.S. rose to 1,296 by Thursday.