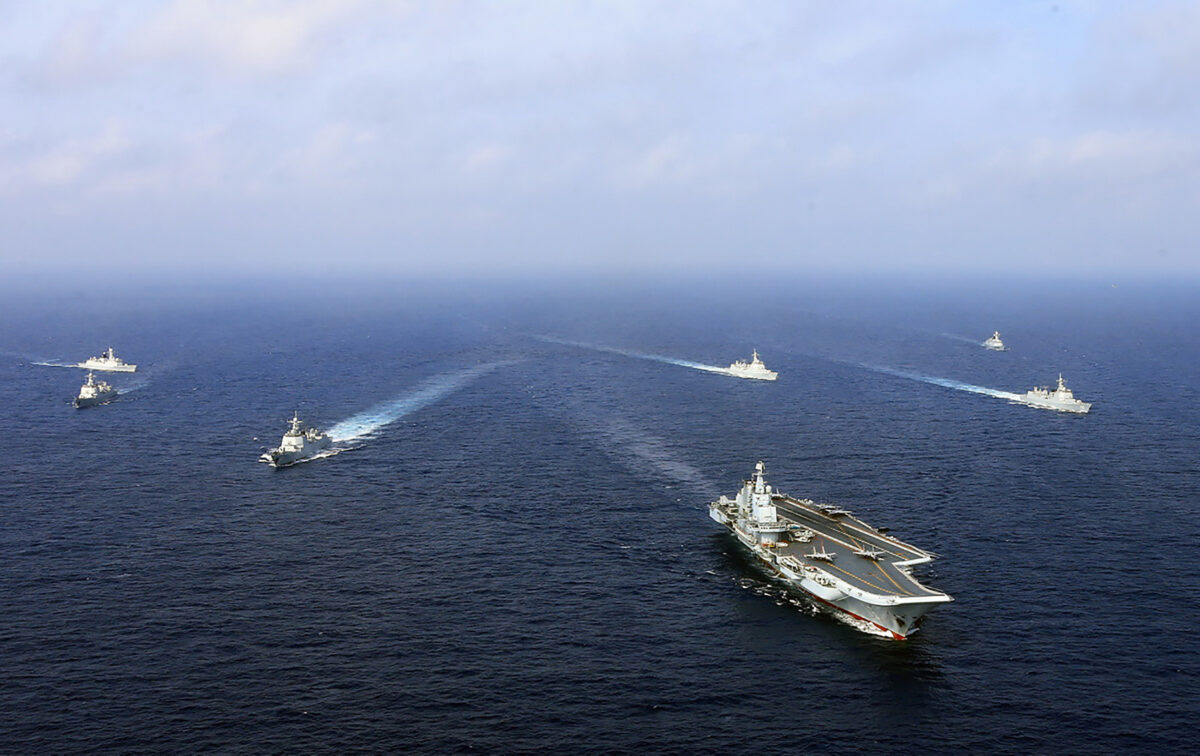 China has sent its marine militia into the South China Sea to engage in a series of military provocations as America battles the CCP virus, commonly known as the novel coronavirus.

Despite the UN-recognitions for Malaysia, the Philippines, Vietnam, and Taiwan, China claims exclusive rights to over 80 percent of the South China Sea that encompasses an area 1.4 million square miles in the Pacific Ocean, including up to 22 billion barrels of oil, and 290 trillion cubic feet of natural gas.

China has the worlds largest and farthest ranging fishing operations, outstripping the next 10 biggest nations combined. China deploys 672,000 motorized vessels with 2,500 fishing in “far off waters,” according to Global Fishing Watch, non-profit group that tracks fishing activities. But thousands of full-time PAFMM sailors with military training that never fish are tucked within the fleet. The PAFMM operates at least 84 purpose-built vessels with mast-mounted water cannons for spraying and reinforced steel hulls for ramming, according to Andrew Erickson, a Professor of Strategy in the U.S. Naval War College (NWC)s China Maritime Studies Institute (CMSI).

The PAFMM boats that “fly the flag” are often shadowed by armed Peoples Liberation Coast Guard and Navy formations. The 2017 U.S. National Security Strategy (NSS) stressed that China is engaged in continuous competition with America—neither fully “at peace” nor “at war.” The NSS identified each of the three Chinese sea forces as representing significant and growing risks to American interests and values.

USS Theodore Roosevelt Carrier Strike Group, accompanied by the 31st Marine Expeditionary Unit in support of U.S. allies, conducted a South China Sea “freedom of navigation” sailing. The armada then made a historic first port call to Danang on Mach 4 to celebrate 25 years of diplomatic relations between the United States and Vietnam.

PFAMM vessels were spotted on March 14 at Johnson Reef, in the southwest corner of Union Banks. The timing corresponded to the 1988 Battle of Johnson Reef anniversary, where dozens of Vietnamese troops died and China first seized control of the reef.

The United States retaliated on March 23 with a Navy Lockheed EP-3E reconnaissance aircraft that conducted surveillance sorties flying between Taiwan and the Philippines.