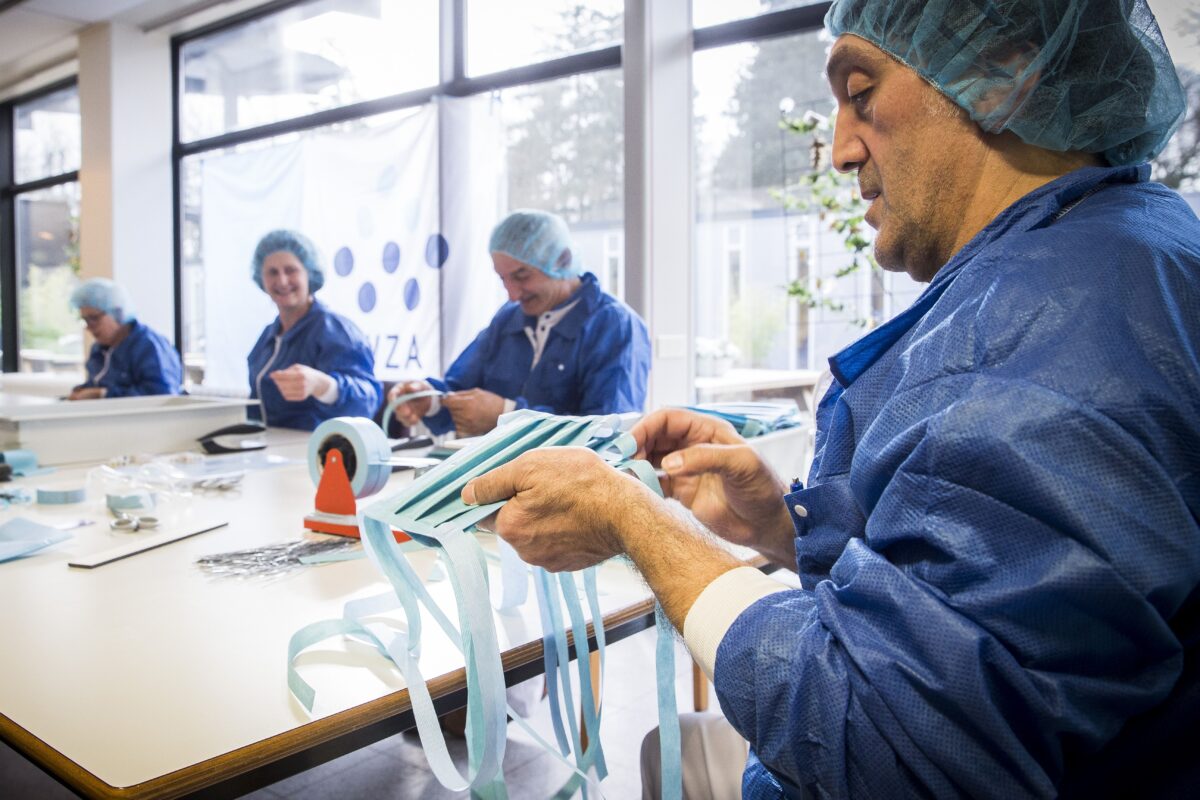 Hundreds of thousands of masks sent to Dutch hospitals from China amid the CCP virus pandemic have been recalled after tests showed they failed to protect the face or had defective filters, the health ministry announced on Saturday.

According to the ministry, the Netherlands received 1.3 million face masks from China on March 21, some of which they distributed to health care providers battling to slow the spread of the virus, which has infected at least 722,196 globally and claimed the lives of 33,976. Many more could be infected or have died from the virus in China, according to leaked documents from the communist regime.

But the health ministry “received a signal that, upon inspection, the quality of this shipment did not meet the required standards,” it said in a statement obtained by Euronews. “The rest of the shipment was immediately put on hold and has not been distributed. A second test also revealed that the masks did not meet the quality norms. Now it has been decided not to use any of this shipment,” it said.

The masks had a KN95 certification indicating that they should filter above 95 percent of particles. The recall concerns 600,000 masks, state broadcaster NOS said. Future shipments will receive extra standard testing, the ministry added.

Following reports of defective masks, Chinas embassy in the Netherlands said it was closely following a Dutch investigation into the matter and called for the issue not to be politicized.

“The embassy paid high attention to the March 28 news about the defective masks that Dutch government purchased from China, and contacted the Dutch Ministry of Foreign Affairs and the Ministry of Health in the first time to verify the information. On the 29th, I spoke with Dutch Minister for Medical care and Sport Martin van Rijn on the telephone,” Xu Hong, Chinas ambassador to the Netherlands said on Sunday.

Xu Hong added that the Netherlands will be providing China with further information with regards to the investigation and he hopes it is an “isolated incident,” that “will not affect the friendly cooperation between the two countries in the fight against the epidemic.” He added that “these problems can be solved in an objective manner, but should not be politicized.”

The Netherlands, which has so far reported 10,866 confirmed cases of the CCP virus and 771 deaths, is not the only country to raise concerns over imported defective medical equipment from Chinese businesses, which has been selling and donating millions of masks and medical supplies to countries across the world including Serbia, Liberia, France, the Philippines, the Czech Republic, and Spain.

Spain, which is the second hardest-hit country in Europe after Italy, announced on March 26 that it would return 640,000 rapid testing kits it had purchased from a Chinese company after tests on a batch already imported had found them to have a 30 percent detection rate.

The government stressed that the kits were CE certified—indicating conformity with European standards of health, safety, and environmental protection—and that they had been purchased through a Spanish intermediary.

Shenzhen Bioeasy Biotechnology, the kits manufacturer, had not been officially licensed by the countrys authorities to sell medical products, the Chinese embassy in Madrid said on Read More – Source