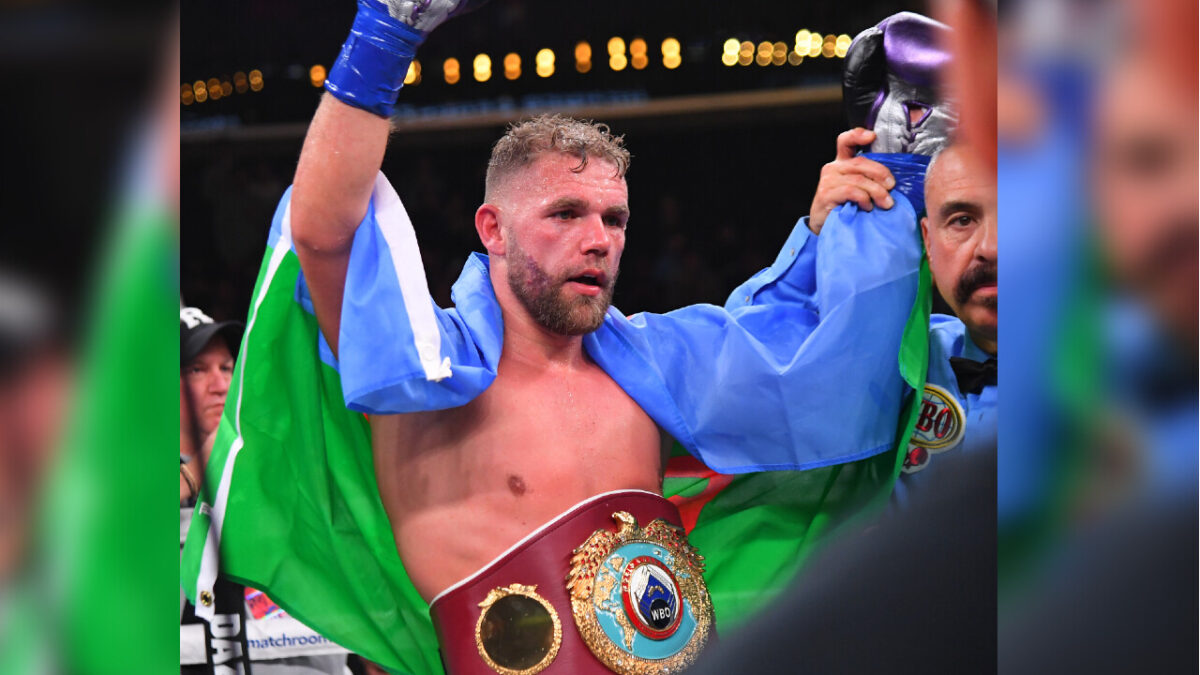 British boxer Billy Joe Saunders has had his license suspended following a social media video in which he seemingly advocated domestic violence.

In the video, the world super-middleweight champion appeared to demonstrate how men could hit their partners if “your old woman is giving you mouth” during the CCP (Chinese Communist Party) virus lockdown.

The video, in which Saunders used a punching bag to show how to hit a woman “on the chin,” has been deleted, but the British Boxing Board of Control (BBBofC) has since punished the 30-year-old.

“Having considered comments made by Billy Joe Saunders on social media we have suspended his boxers license pending a hearing under the Boards misconduct regulation, at a time and venue to be confirmed as soon as possible,” the BBBofC said in a statement.

Saunders later apologized for the video, saying in a tweet he “would never condone domestic violence” and revealed he has received death threats as a result.

“I am getting a lot of hate mail wishing me dead, wishing my family and my kids dead,” he told Talksport on March 30.

“I havent got another half, but I have got a daughter and if anyone did that to my daughter, I would hurt them bad.”

Saunders promoter Eddie Hearn said he is “appalled” by the video.

“It was so idiotic, it was so frustrating because I know Billy well,” he also told Talksport Monday. “Its one step forward, four steps back with Billy Joe Saunders.

Saunders is unbeaten in 29 fights, and held a world title in the middleweight division before moving up to super-middleweight.

He had been close to fighting Canelo AlRead More – Source