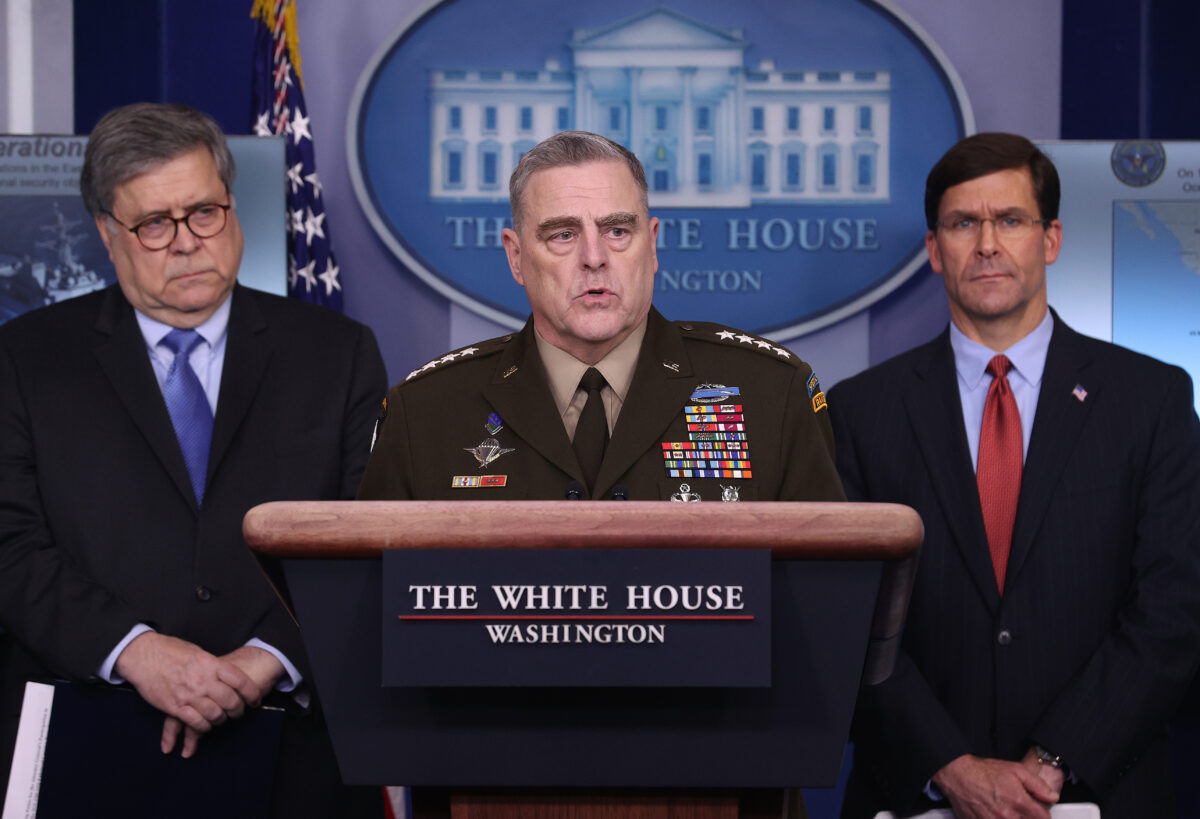 The Navy deployed warships to the eastern Pacific Ocean and the Caribbean Sea at the direction of President Donald Trump on April 1 as part of an operation to counter drug cartels which, according to intelligence, are actively planning to exploit the global CCP virus pandemic to smuggle more drugs into the United States.

The mission involves sending additional Navy warships, surveillance aircraft, and special forces teams to nearly double the U.S. counter-narcotics capacity in the Western Hemisphere, with forces operating both in the Caribbean and eastern Pacific. Defense Secretary Mark Esper said the mission would be supported by 22 partner nations.

“As governments and nations focus on the coronavirus, there is a growing threat that cartels, criminals, terrorists, and other malign actors will try to exploit the situation for their own gain,” Trump said. “We must not let that happen.”

U.S. authorities have long been short on resources in the area to interdict all of the drug traffic heading along naval routes to the United States. The intelligence community has long been aware of the routes, according to Attorney General Bill Barr. Last year, authorities seized 280 metric tons of drugs in the area.

Trump made the announcement one day after the White House advised Americans to brace for the deadliest days of the CCP virus (Chinese Communist Party virus), commonly known as the novel coronavirus.

According to Chairman of the Joint Chiefs of Staff Gen. Mark Milley, the United States is in possession of intelligence showing that the cartels are looking to exploit the crisis to smuggle more drugs into the country.

The enhanced mission has been months in the making. The formal launch comes days after the Justice Departments indictment of Nicholas Maduro, Venezuelas illegitimate socialist dictator, and members of his inner circle and military. They are accused of leading a narcoterrorist conspiracy responsible for smuggling up to 250 metric tons of cocaine a year into the United States—about half of it by sea.

“If I was just indicted for drug trafficking by the United States with a $15 million reward for my capture, having the U.S. Navy conducting anti-drug operations off my coast would be something I would worry about,” said Sen. Marco Rubio, a Florida Republican who has been among those calling for a tougher stance against Maduro.

It also comes as Maduro steps up attacks on his U.S.-backed rival, Juan Guaidó. Maduros chief prosecutor ordered Guaidó to provide testimony Thursday as part of an investigation into an alleged coup attempt.

Guaidó, the head of Venezuelas congress who is recognized as his countrys legitimate leader by the United States and almost 60 other nations, is unlikely to show up, raising the possibility he could be arrested. The United States has long insisted it will not tolerate any harm to Guaidó.

“No matter where you sit ideologically, any moRead More – Source