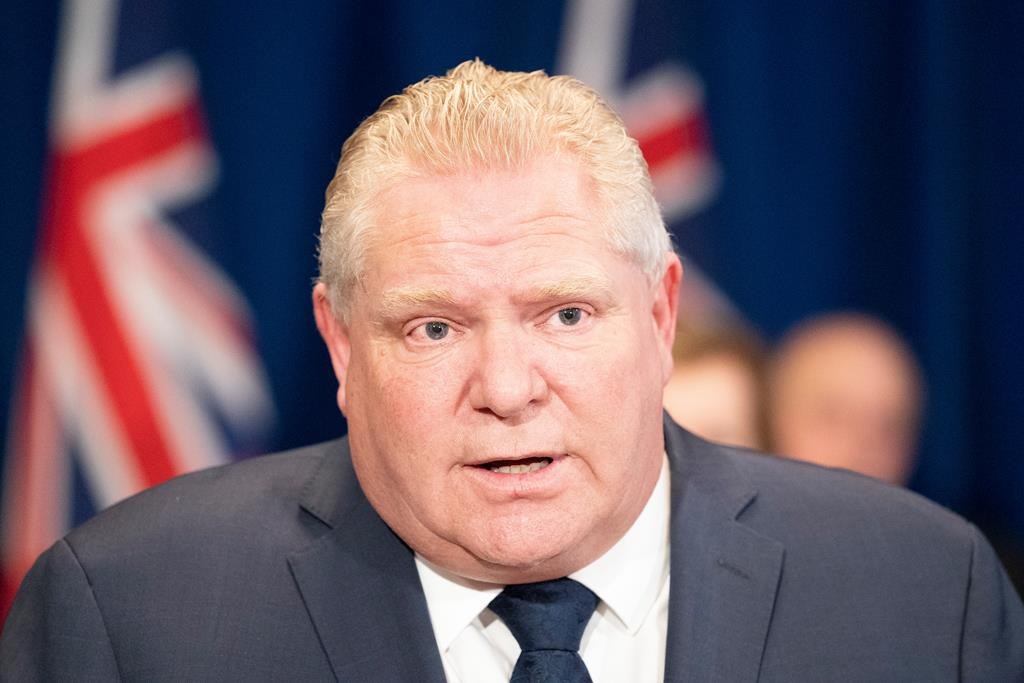 TORONTO—The death toll from COVID-19 in Ontario could be kept below 15,000 if stringent isolation measures aimed at curbing the pandemic prove effective, health authorities said on Friday as the military prepared to move into northern Quebec to help remote communities there cope.

In a sobering presentation, a top health official said projections indicate coronavirus would have killed as many as 100,000 people in Ontario had restrictions not been put in place.

“If we do everything that we can think of, everything that already has been done stays in place [and] all of the other measures which are being considered put in place, I think we could reduce the death toll in Ontario to somewhere between 3,000 and 15,000,” said Dr. Peter Donnelly, head of Public Health Ontario.

Donnelly said the figures would likely be shocking to many people and safety measures that have had a brutal impact on the economy might need to be in place for many months at best.

Latest data indicate close to 12,000 Canadians have contracted the virus. Of those, 152 have died, but the numbers could be much higher given gaps in reporting methods.

Ontario released its worst-case projections for the COVID-19 as its known caseload continued climbing, with more than 460 new cases and 18 more deaths reported. The province has now seen 3,255 cases and 67 deaths.

Overall mortality among those 80 years and older in the province has reached 20 percent of coronavirus cases in Ontario, about 10 percent for those over 70. A hard-hit nursing home in Bobcaygeon, Ont., reported another four deaths among residents, bringing the toll to 20 at the 65-bed facility.

Canadas top public health official, Dr. Theresa Tam, said the country has been seeing a sharper increase in deaths but the health-care system has been coping. The national death rate stands at about one percent of those whove tested positive.

British Columbia had previously projected its worst case would lead to a shortage of about 182 intensive care beds and at least 38 ventilators. But it has also said distancing measures appear to mitigated that threat.

In an interview late Thursday with The Canadian Press, Health Minister Patty Hajdu said her estimate from three weeks ago that between 30 percent and 70 percent of Canadians will likely become infected hasnt changed.

“Having 70 percent of people get COVID is not the end of the world,” Hajdu said. “It is, though, if it all happens at once and thats what were trying to prevent.”

Experts say the flu-like illness poses a threat to the elderly and those with compromised health. The best way to curb the spread is to wash hands frequently and stay at least two metres away from others. Hospitals have reported shortages of personal protective gear for medical staff, while front-line doctors fret about having to choose who lives and who dies owing to potential shortages of crucial ventRead More – Source