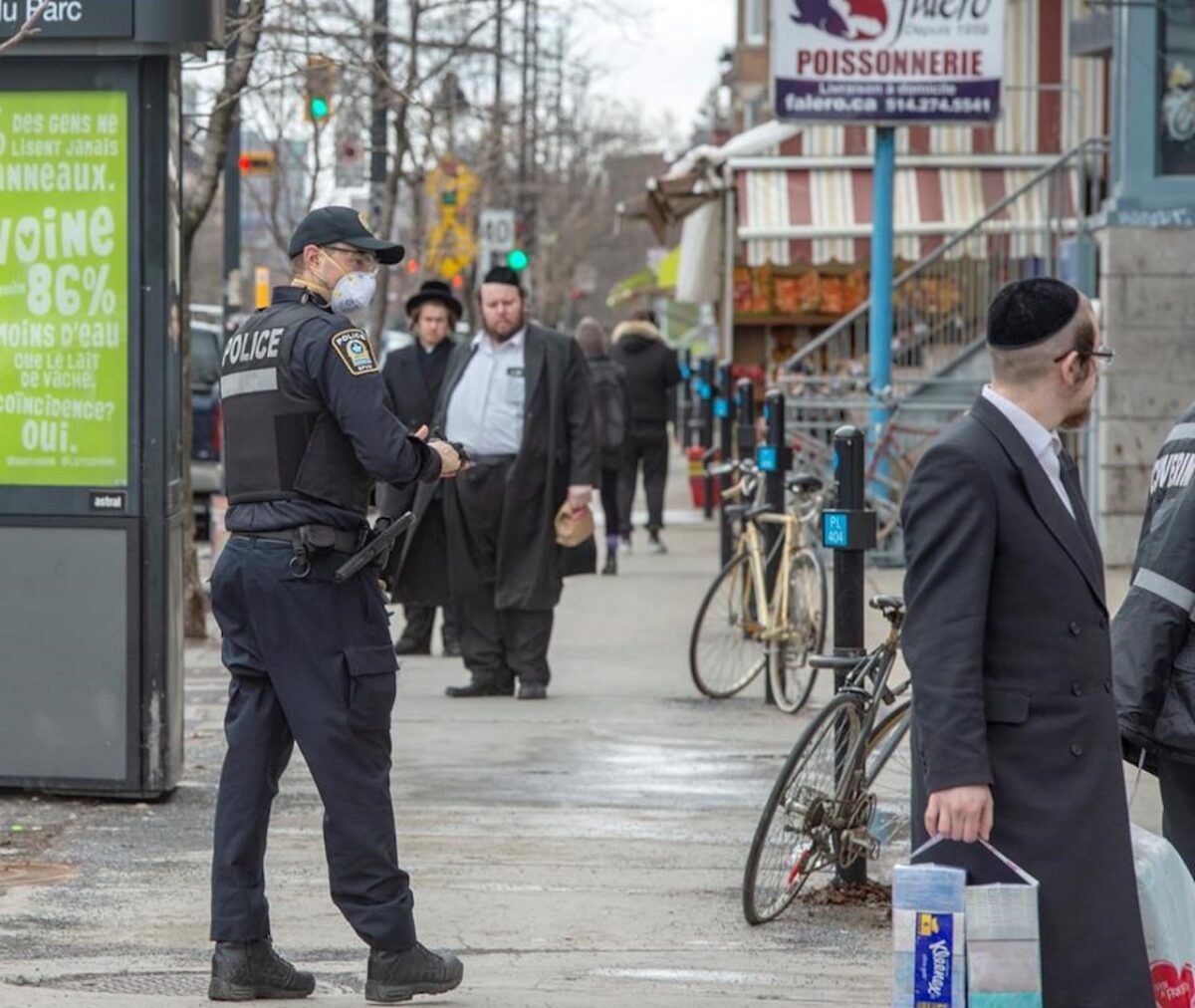 The ongoing states of emergencies across the country have given authorities sweeping new powers, and police forces have started—or are considering—using cell phone data to track the movement of people. Civil rights advocates say citizens need to remain hyper-vigilant about how authorities are using these new powers, and what kind of legacy will be left once the pandemic is over.

Montreal-based human rights lawyer Pearl Eliadis said despite the emergency orders, “the Canadian Charter of Rights and Freedoms has not disappeared.”

“The government has more leeway to do certain things because of the emergency powers and we should all agree and obey with those, but at the same time, people need to know what their rights are under the act,” she said in a recent interview.

On Friday, Quebec Citys police chief said his officers used cell phone data to track and arrest a COVID−19-infected woman in March who allegedly violated an order to self−isolate. Robert Pigeon told reporters that so−called geolocation is “absolutely at our disposal” to track a suspect.

“We probably had the only case in Quebec of non−cooperation regarding someone infected with the illness,” Pigeon told reporters. “Therefore, we used every means of investigation to localize her.”

Quebec Premier Francois Legault said Friday provincial police had proposed using data from cell phones and other devices to locate people. But, he said, those tracking methods havent been authorized for the provincial police—yet.

“In the short term … we dont have the intention to use (geolocation),” Legault told reporters. “But, if the situation is different in one week or two weeks, will we accept the proposal from the Surete du Quebec? Maybe.”

Provincial police spokesman Guy Lapointe told Montreals La Presse on Friday that under the public health emergency, officers do not need a warrant signed by a judge to track people using geolocation. Neither Lapointe nor the Montreal police responded to a request for comment.

A spokesman for Quebecs public prosecutors office would not say whether police had the right to geolocate people without a warrant. Jean Pascal Boucher said Saturday his office is not authorized to give an opinion on matters that have the chance to come before the courts.

Montreal−based defence lawyer Arij Riahi said there are currently many unknowns about how police are using their discretion in issuing fines, limiting travel around the province, as well as how they are collecting cell phone data.

“It has to come with some sort of accountability,” she said, regarding the collection of personal data. “How long will it last? Where will the data be stored? When will it be deleted? The concerns among my criminal defence colleagues is about surveillance creeping in.”