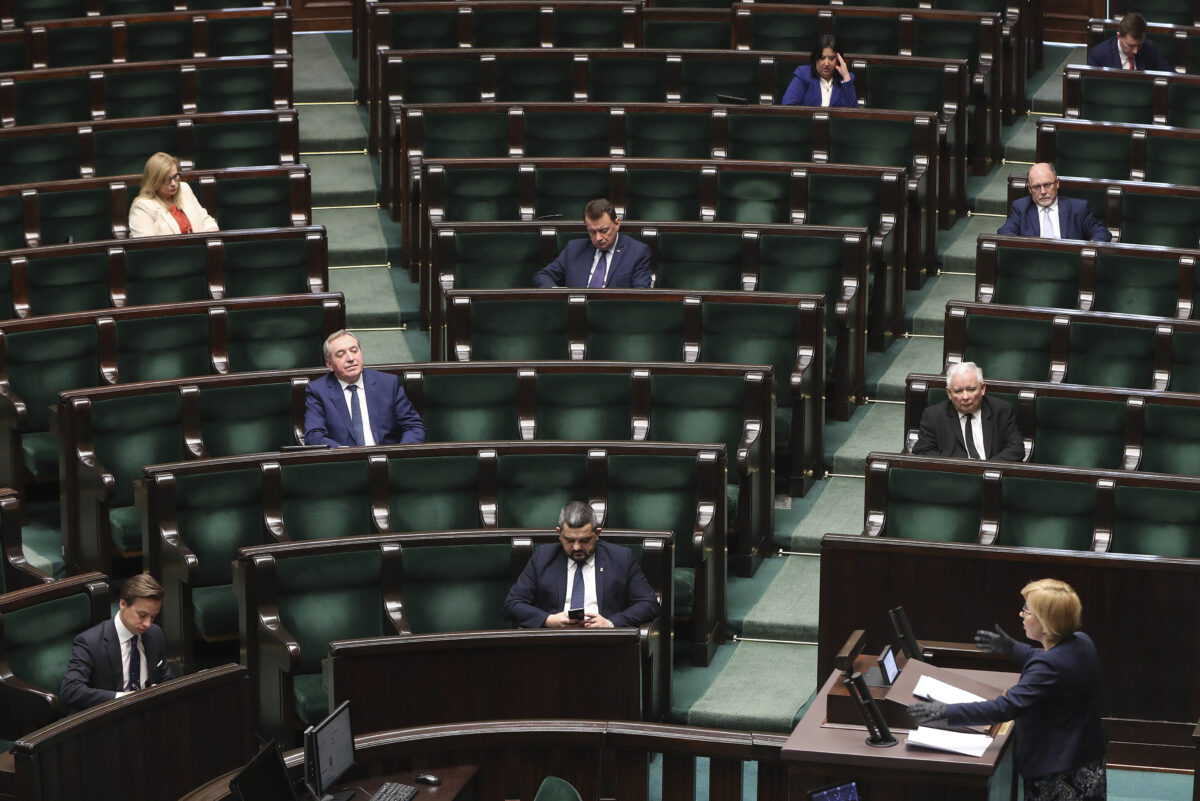 WARSAW, Poland—Uncertainty is deepening in Poland over how and when the country can move forward with a presidential election scheduled for May, amid the CCP virus pandemic.

President Andrzej Duda has been leading polls as he vies for a second five-year term in the vote, which was initially set for May 10. The governing conservative Law and Justice party—which supports Duda—has been insisting on going ahead with the voting, and proposed mail-in voting for the entire nation as a way of sticking to schedule.

Parliament had been set to vote April 8 on the idea for postal voting. However, those plans were thrown into disarray when Jaroslaw Gowin, a deputy prime minister who leads a faction in the conservative governing coalition, said his group refused to accept any kind of May election.

Gowin instead put forward a proposal to hold the election in two years, a solution that would give Duda a single seven-year term which would have to be his last.

The Polish constitution foresees a maximum of two five-year terms for a president and it would have to be changed for Gowins proposal to take effect.

Changing the constitution would require the support of some opposition politicians, but they opposed that solution, increasing uncertainty over an election that was supposed to happen in only five weeks.

Borys Budka, head of the centrist opposition Civic Platform, called on the government to declare a state of emergency, which would automatically delay the election until 90 days after the state of emergency ends.

Even before the pandemic, the vote was considered by some government opponents as a last chance to salvage Polands democracy. Duda has approved a series of laws that have given the government unprecedented powers over judges, something the European Union has denounced as undemocratic.

The problem of how to hold an election during a pandemic, when voting in person would put peoples lives in danger, is not unique to Poland.

France held local elections in March as the virus was spreading—and authorities suspect voting that day contributed to a rise in infections. President Emmanuel Macron was under pressure from health authorities to cancel the elections, but his political opponents pushed for them to go ahead, considering a postponement to be undemocratic.

In Poland, however, it is opposition candidates who say holding a May election as scheduled is undemocratic and that it should be postponed. They argue that opposition presidential candidates stand no chance against Duda because they cant campaign, due to a strict ban on gatherings. Duda, meanwhile, still profits from heavy coverage on state media and his association with the government of Prime Minister Mateusz Morawiecki, which has earned the trust of many for imposing strict measures to slow the spread of the virus.