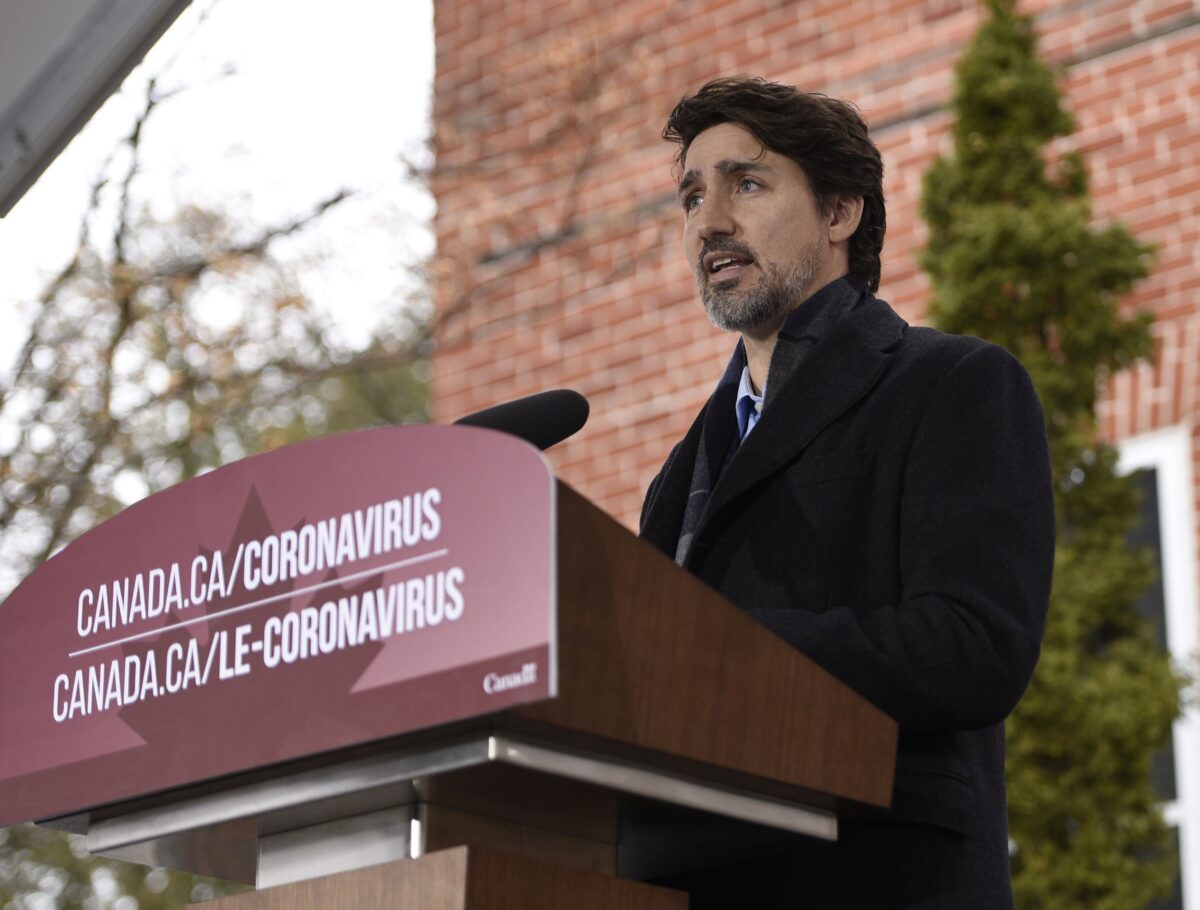 TORONTO—Canadas confirmed cases of COVID-19 jumped to almost 19,000 on Wednesday, with more than 420 deaths ascribed to the raging global pandemic as Quebec became the province with the most fatalities attributed to the disease.

The battle to contain the pandemic has prompted governments and health authorities to impose or urge increasingly stringent social-isolation measures. As a result, much of the countrys commercial and recreational activity has all but ground to a halt.

“Job numbers will come out tomorrow,” Prime Minister Justin Trudeau said on Wednesday. “Its going to be a hard day.”

To help cope with the precipitous job losses, Trudeau announced the government was loosening eligibility criteria for the previously announced emergency wage subsidies as well as a retooled summer jobs program to help students find work.

Experts say frequent hand-washing and staying at least two metres from others when outside for essential errands is the best way to rein in the pandemic. The B.C. government announced ahead of the Easter long weekend that all provincial parks would be off-limits because it was “too challenging” to ensure safe space between visitors. Manitoba said it was postponing public events marking the provinces 150th birthday.

Governments around the world coping with the pandemic that has killed about 87,000 people have been grappling with when to ease the onerous restrictions. Alberta Premier Jason Kenney, who said mass testing—20,000 a day—would be needed, indicated his province likely would not let up until the end of May given current projections.

“To be honest, I hope the models are wrong,” Kenney said. “I hope that the tough measures we have taken already will allow us to begin gradually returning to normal sooner than that.”

Trudeau would only say Wednesday he expected the measures to last “many more” weeks.

“We need to be very very careful that all of the work that we have done … doesnt become for naught,” the prime minister said. “Its going to be very very important to do it in a gradual, very measured way.”

Quebec Premier Francois Legault said the challenge would be to “restart the economy without restarting the pandemic.”

Amid more than one million new unemployment claims as a result of the anti-pandemic measures, the federal government has been rolling out tens of billions of dollars in relief. The airline industry was among those slammed by travel restrictions.

Air Canada said on Wednesday it would apply for Ottawas wage subsidies to allow it to retain workers or bring affected employees back onto its payroll. The airline announced last month it was cutting aRead More – Source