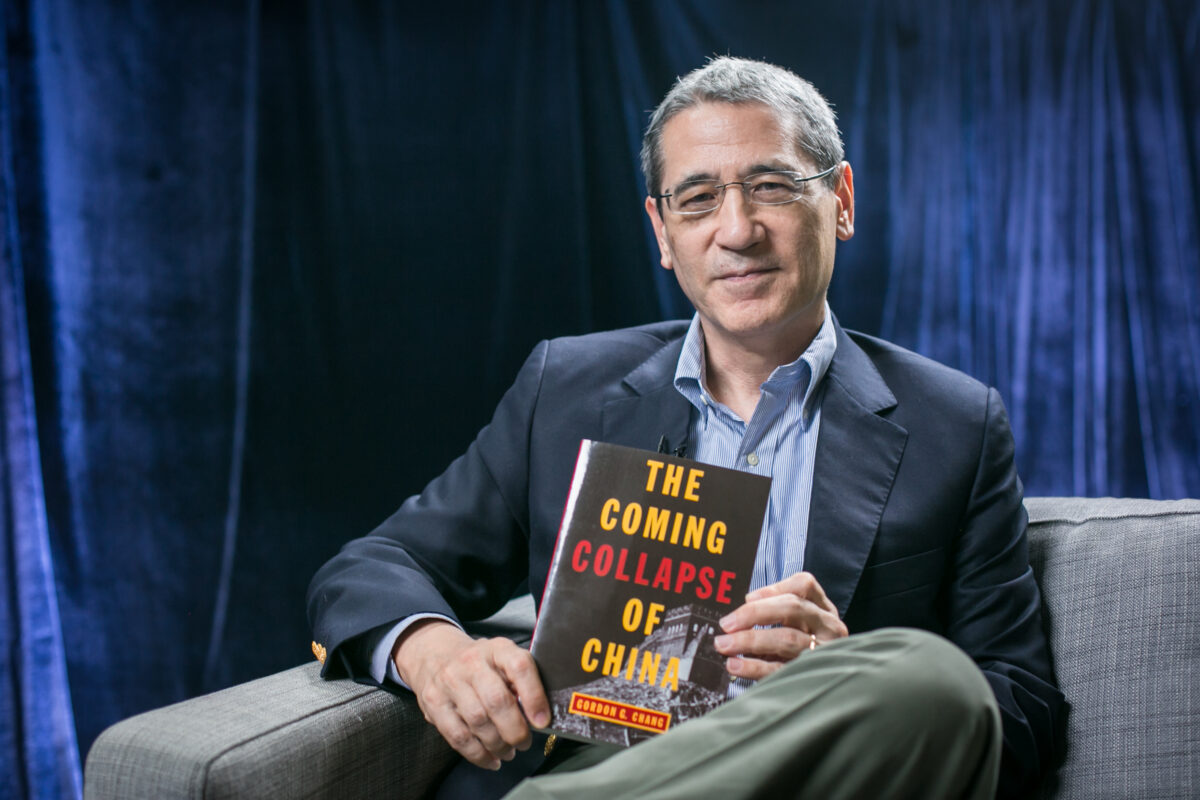 The United States should reassess its relationship with the Chinese regime, which has allowed a deadly pathogen to spread around the world, grinding economies to a halt, according to China expert Gordon Chang.

The Chinese regimes virus coverup is part of a strategy to preserve its rule—and has spotlighted how Beijings actions are a threat to the free world, Chang told The Epoch Times.

“This is the time when I think Americans are starting to realize the maliciousness of Chinas challenge to the U.S. and the fundamental nature of its attack,” he said.

In mid-December, evidence had emerged that the virus could spread among humans. Doctors in Wuhan expressed alarm after seeing a sudden uptick in intake; some, including Ai Fen and Li Wenliang, warned their colleagues about a new form of pneumonia spreading among patients.

The Chinese regime silenced those doctors and claimed that the virus was “containable” and “controllable.” On Jan. 14, the World Health Organization, quoting the Chinese officials, announced that there was no clear evidence of human-to-human transmission. The United States saw its first patient six days later, the same day a famed Chinese pulmonologist acknowledged that the virus could spread among humans.

In another three days, Wuhan authorities locked down the city, but not before roughly 5 million people traveled to other parts of China or foreign countries ahead of Chinese New Year festivities, inadvertently spreading the virus. A March study estimated that 86 percent of all infections in Wuhan before the lockdown were undocumented.

“China knew that this virus would spread. But it tried to lull governments into not taking action,” such as by criticizing countries that placed travel bans on visitors from China, Chang said.

“The culpability here is real. You could say its reckless, you could say its intentional. They could have warned the world. They didnt do it. Matter of fact, they tried to put the world off.”

As its botched early response led to a growing crisis, the regime saw a chance to reverse its image.

On Twitter, more than 100 Chinese diplomats—many of whom opened accounts in recent months—touted China as the savior of the world and claimed that the virus originated in other countries, such as the United States.

In a now-infamous tweet, a Chinese foreign ministry spokesperson speculated that the U.S. Army may have been responsible for bringing the virus to Wuhan.

The U.S. State Department later summoned the Chinese ambassador to the United States and held a call with a senior Chinese diplomat over the tweet.

“We have not heard the Chinese Foreign Ministry issue an apology to the United States for that inflammatory, dangerous false tweet,” Chang said. “Until we get that apology, we certainly know that there has not been a fundamental change in viewpoint inside the foreign ministry, or indeed the Communist Party itself.”

In an effort to cast itself as a global leader in fighting the outbreak, the Chinese regime sent medical experts and sought-after medical supplies to virus-hit countries.

A March 26 article on official news agency Xinhua, for example, described the foreign aid as “heartwarming” and “fuel delivered in the snow.” “The Chinese aid across thousands of miles is capturing the worlds attention,” it said.

A Xinhua commentary dated April 7 also claimed that the regime “has been open, tranRead More – Source