The coronavirus pandemic has caused the start of the season to be delayed, and on Tuesday, the Canadian Grand Prix became the ninth race to be either postponed or canceled.The French Grand Prix, currently scheduled for June 28, is the first meeting that has yet to be postponed, but Brawn thinks a July start date is more feasible and it could be "self-contained," without fans in attendance. "Travel for the teams and travel for everyone involved is going to be one of the big issues," said Brawn, speaking to Sky Sports. "You could argue once we get there we could become fairly self-contained.READ: Formula One goes virtual as Bahrain Grand Prix kicks off the season"Our view is probably a European start will be favorable and that could even be a closed event. We could have a very enclosed environment, where teams come in on charters, we channel them into the circuit, we make sure everyone is tested, cleared and that there is no risk to anyone."We have a race with no spectators. That's not great, but it's better than no racing at all. We have to remember there are millions of people who follow the sport sat at home. A lot of them are isolating and to be able to keep the sport alive and put on a sport and entertain people would be a huge bonus in this crisis we have."The news of the Canadian GP's postponement follows the announcement that F1 are working with promoters on a revised 2020 calendar.F1 CEO Chase Carey told fans that the updated calendar would look very different to the original, with the actual sequence and schedule dates for races likely to differ significantly.According to the sports' governing body — Fédération Internationale de l'Automobile — statutes, the driving series would need to complete eight races for the 2020 championship to be valid.READ: Lewis Hamilton is 'well' following isolation after he was pictured with Idris Elba, who tested positive for coronavirus 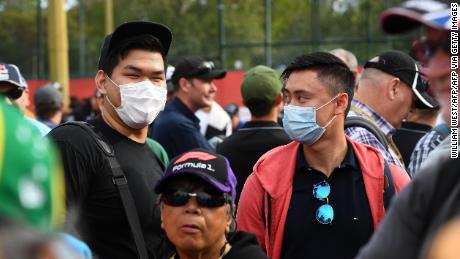 Brawn believes that completing a "18-19 race season" is possible — which would mean losing three races from the original 22-race schedule — even if that means extending the season into 2021. "We could achieve eight races by starting in October," the former team principal said. "But then there is always the possibility we could run into next year. "That's being explored. Can we stray into January Read More – Source