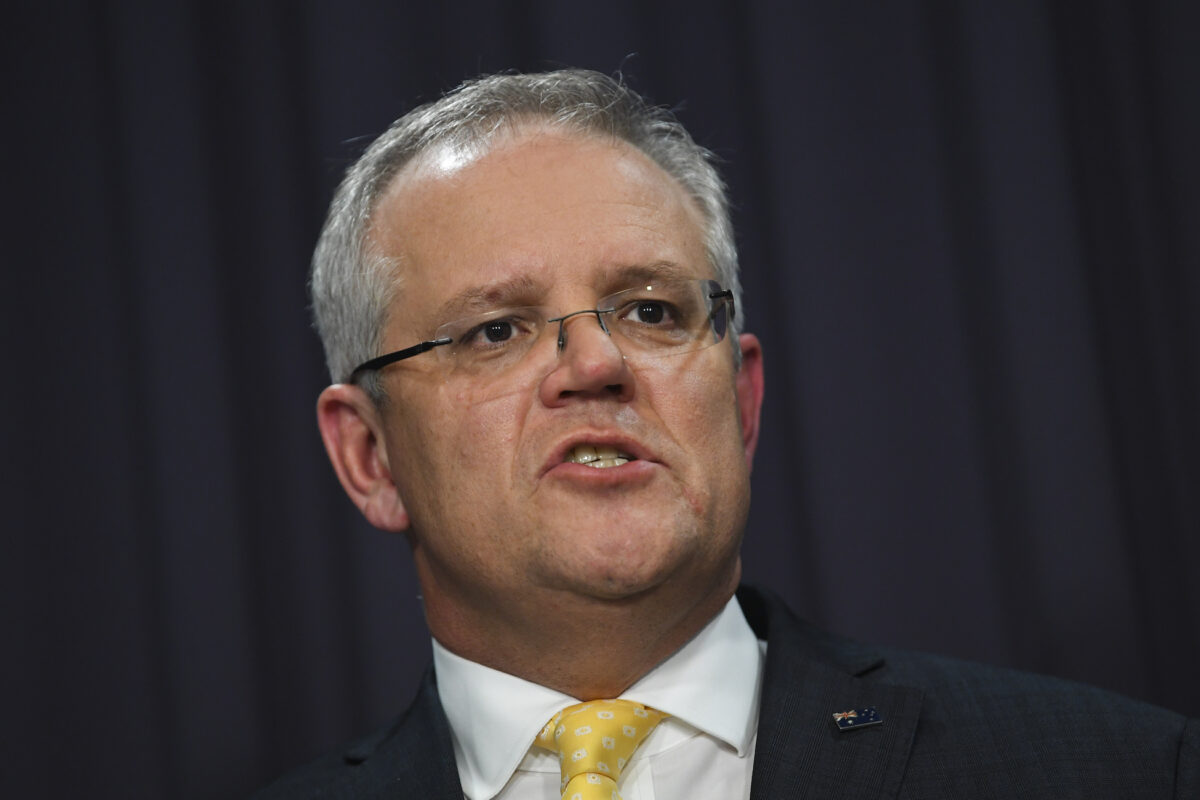 Prime Minister Scott Morrison declared the CCP virus to be a threat to Australias sovereignty and assured Australians that the nation will “never surrender” to the pandemic.

“Today we act to protect Australias sovereignty,” Morrison said in Parliament on April 8.

“When Australian lives and livelihoods are threatened, when they are under attack, our nations sovereignty is put at risk, and we must respond.

“So make no mistake, today is not about ideologies. We checked those at the door,” he said.

#LIVE: Statement to Parliament on the coronavirus crisis. https://t.co/38OZPOXSxl

As of April 8, Australia has 6,013 confirmed cases of the Chinese Communist Party (CCP) virus, commonly known as the coronavirus, including 50 deaths; more than 319,000 tests have been conducted.

Restriction and shutdown measures across Australias states and territories have seen a decrease in new cases—indicating a flattening of the curve—however, Australians have been urged to continue adhering to social distancing measures.

“We have a long way to go. Through the actions we have taken to date, we have bought Australia valuable time to chart a way out over the next six months. But there are no guarantees, and it could well take far longer,” Morrison said.

“Our country will look different on the other side but Australians will always be Australians. We have navigated the road in, and we can now see some encouraging signs.”

Morrison outlined two crises the nation will face during the pandemic—one health and one economic.

To prepare the health system for COVID-19 cases, ICU capacity has tripled, retired healthcare workers are encouraged to return to work, and up to 20,000 nurses will be trained online to provide high dependancy and intensive care.

Morrison added that over 30,000 hospital beds and 105,000 skilled workers across 657 private and not-for-profit hospitals will be mobilised.

Non-elective surgeries are been suspended, but those needing to see their doctors will still be able to. Ensuring adequate supplies of PPE (Personal Protective Equipment) such as masks will also be prioritised.

Morrison also announced the $130 billion JobKeeper package, which will “provide payments of $1,500 per fortnight to an estimated 6 million eligible workers through their employer.”

More than 200,000 additional JobSeeker claims have been finalised over the past few weeks, and 700,000 businesses have registered for the package.

Opposition leader Anthony Albanese raised concerns over casual workers who have been with their employers for less than a year or workers here on temporary visas who are not covered under the scheme.

“There are over 1 million Australians who are casual workers, who will not be eligible for the JobKeeper Read More – Source