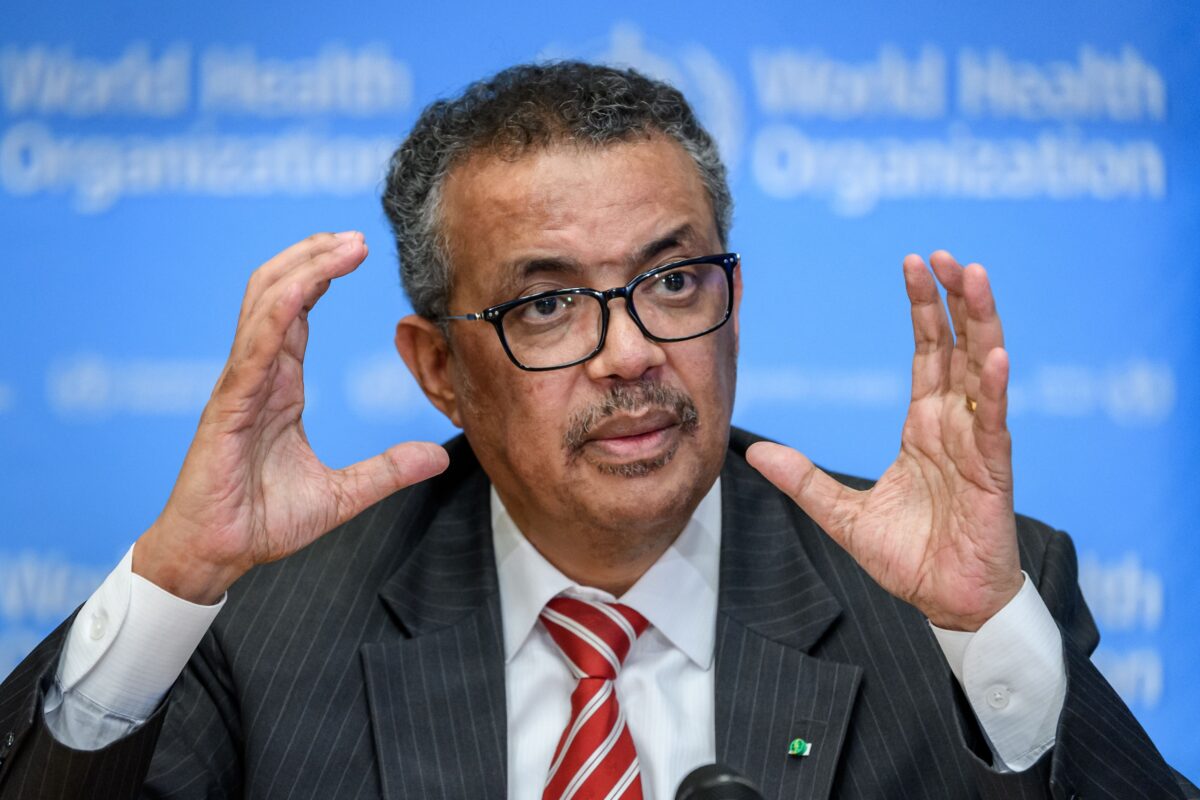 Calls to defund the World Health Organization (WHO) arent only being discussed in the Trump administration—numerous U.S. lawmakers are now publicly stating that the international commission played a role in covering up Chinas botched handling of the CCP (Chinese Communist Party) virus pandemic.

Rep. Guy Reschenthaler (R-Pa.) introduced a resolution on April 7 that calls for Congress to withhold funding from the WHO until the organizations Director-General Tedros Ghebreyesus resigns. He is also calling for the WHO to be probed for its actions in shielding Beijing.

“The WHO helped the Chinese Communist Party hide the threat of COVID-19 from the world and now more than 10,000 Americans are dead, a number that is expected to rise dramatically in the coming weeks,” said Reschenthaler in a statement.

Reschenthaler noted that the United States is the largest contributor to the organization, adding that its “not right that Americans hard-earned tax dollars are being used to propagate Chinas lies and hide information that could have saved lives.” He said the bill would hold the WHO accountable for its “negligence and deceit.”

In a Jan. 14 Twitter post, the WHO repeated Chinese propaganda, writing that “preliminary investigations conducted by the Chinese authorities have found no clear evidence of human-to-human transmission of the novel #coronavirus (2019-nCoV) identified in #Wuhan, #China.”

Internal government documents obtained by The Epoch Times have highlighted how the Chinese regime purposefully underreported cases of the CCP virus, commonly known as the novel coronavirus, and censored discussions of the outbreak, fueling its spread.

In total, the United States contributions make up 22 percent of the WHOs assessed funds from member nations.

“Instead of working to save lives around the world, WHO stood by and downplayed the severity of the virus so as not to offend Chinese officials,” Reschenthaler said. “I hope my colleagues join me to hold WHO responsible for playing politics rather than focusing on its mission to coordinate global efforts.”

Meanwhile, a growing handful of senators, including Sens. Lindsey Graham, (R-S.C.), Marco Rubio, (R-Fla.), Rick Scott, (R-Fla.), and Martha McSally (R-Ariz.), have publicly called for a review of U.S. funding, and some spoke about holding accountable the organizations leadership, specifically its director general.

“The Chinese Communist Party used the WHO to mislead the world,” Rubio said in a April 7 statement. “The organizations leadership is either complicit or dangerously incompetent. I will work with the Trump Administration to ensure the WHO is independent and has not been compromised by the CCP before we continue our current funding.”

Scott stated that, in addition to de-funding, Congress should hold a hearing and investigate the WHOs role “in helping Communist China cover up information regarding the threat of the Coronavirus.”

“They need to be held accountable for their role in promoting misinformation and helping Communist China cover up a global pandemic,” _