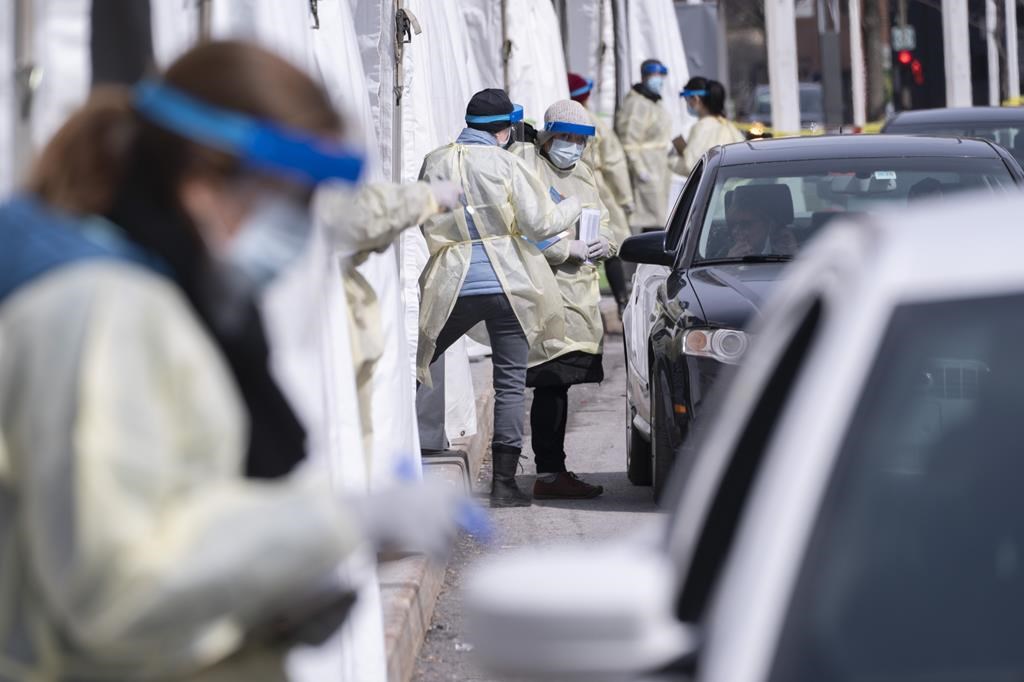 MONTREAL—Premier Francois Legault hails Quebec health-care workers as “guardian angels,” but some say they are being denied services at banks and pharmacies when they reveal their occupations.

Olijah Springer, a nursing assistant and technician at the Montreal General Hospital, voiced his displeasure on Facebook last week after he was told he couldnt shop at a Pharmaprix in the Montreal borough of LaSalle.

“It didnt feel good,” Springer said in a subsequent interview. “I dont know how to better describe it.”

Springer was asked by a clerk when he entered the store if he had any symptoms, or if he had been exposed to anyone with symptoms of COVID-19. He said no but explained he worked in a hospital. He says he was then told that someone would shop for him.

“At this point, I saw people that I knew from the area and theyre like Whats going on? Why are you standing on the side? ” Springer said. “Well, apparently I cant be a public servant and shop at the same.”

The pharmacy referred questions to parent company Loblaw, which said in a statement that such measures have been adopted by up to a quarter of Quebec pharmacists and “are not corporately directed.”

Bertrand Bolduc, president of Quebecs order of pharmacists, said all pharmacies across the province have strict hygiene measures in place to limit the spread of COVID-19. About a quarter of them have gone even further and operate under “closed-door” conditions.

Those pharmacies are closed to the public, he said. Employees will do the shopping for customers and make home deliveries or hand off products to clients in the parking lot.

As for the businesses that refuse to let certain health workers into the stores, Bolduc said its the pharmacy owners decision to make.

“There isnt anyone in Quebec who is being deprived of the services of a pharmacy,” Bolduc said in an interview Wednesday. “And each owner is doing what they feel is right for their pharmacy.”

Springer says he was “frustrated” and eventually left the store without making any purchases. He also says he endured a similar experience at a bank, when his financial adviser explained they would be limiting contact with health-care workers.

Denyse Joseph, vice-president of the provincial nurses union says she has heard similar stories of nurses being denied service from two other businesses. She says she has yet to hear of any formal complaints.

“Its not because youre a health-care professional that youll automatically contaminate people around you,” Joseph said.

“We know what precautions we have to take. Theyre very, very cautious about the precaution not to contaminate either other health-care professionals … patients and families,” she said of the provinces nurses. “I think we have to trust their judgment.”

The shunning of nurses flies in the face of the premiers regular praise of health-care workers as saviours. “You are our guardian angels. Were counting on you,” Legault said March 13. “You are doing an extraordinary job,Read More – Source