On his days off, the firefighter and dad of two served as an EMT and as a member of the volunteer community emergency response team, said Hector Lora, the mayor of Passaic.Last year, at the fire department's Christmas Toy Drive, Tolentino, Jr. volunteered to be Santa Claus, said his wife, Maria Vazquez. He sported a traditional red suit and white beard while cruising down the neighborhood streets on a motorcycle to hand out toys.On March 31, the 33-year-old firefighter died from complications due to the novel coronavirus, which has struck more than 557,000 people in the US, according to data from John Hopkins University. Ten days after Tolentino Jr.'s death, his father, Israel Tolentino Sr., also passed away from Covid-19. Both tested positive for the virus when they were admitted to the hospital, Vazquez said."This virus has left us with a void that can't be filled," Vazquez told CNN. "Family was everything to him (Tolentino Jr.)."The back-to-back tragedies have left Vazquez and her family — including her children, 9-year-old Ailani, and 7-year-old Israel — devastated. With the grief, Vazquez said, also came the sudden realization of having to raise their kids on her own, without the income of her spouse to help them.The family will receive an initial pension payout based on Tolentino Jr.'s salary at the time of death, Lora said. But Vazquez fears that will not be enough. Lora, who said he was "impacted" by Tolentino Jr.'s big heart, decided to champion efforts to help Vazquez and others like her. The mayor's office is asking state lawmakers to recognize coronavirus-related deaths of first responders as line-of-duty deaths. Doing so, he said, would help secure additional financial and health benefits for the families of those who have died from the virus."It's unfair for the family of any first responder to have to put their life on the line and then doubt whether or not their children will have their education paid for or whether or not the family will have resources that are necessary," Lora said.

'Do the right thing now'

In New Jersey, Lora is advocating for the introduction of a bill similar to the 9/11 Victim Compensation Fund, which provides additional health and financial assistance to emergency workers that rushed to the scene of the terrorist attacks of September 11, 2001. The fund paid out $7 billion in damages when it originally operated from 2001 to 2003, was reopened in 2011 and extended for another five years in 2015. Former late night host Jon Stewart, a 9/11 first responders advocate, was among those pushing for it to be reauthorized. President Donald Trump signed a bill reauthorizing the fund last year. 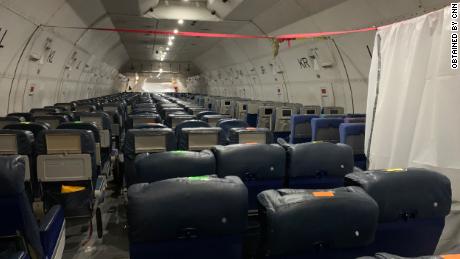 "We don't have to reinvent the wheel," Lora said. "With the 9/11 bill, we have already set a precedent. So I am calling on our government leaders, from the president on down, to cut the bureaucracy and do the right thing now, not 10 years from now."The mayor's office has been working alongside Passaic Fire Department Chief Patrick Trentacost, and the local firefighter's union, to reach out to New Jersey state legislators. They want local state officials to introduce a bill that would recognize the deaths as line of duty."The challenge that we are facing is that under the current Department of Justice guidelines which oversees the Public Safety Officers' Benefit program, in order for these deaths to be classified as in the line of duty, you need to have evidence that the virus was more likely contracted while on duty and not off, which is ridiculous," Lora said. This week, Lora said he is sending a letter to New Jersey Gov. Phil Murphy, Sens. Cory Booker and Bob Menendez, as well as Rep. Bill Pascrell, who represents the state's ninth district.New Jersey lost another first responder, 24-year-old EMT Kevin Leiva, to the virus on April 7, Lora said. He anticipates the number of coronavirus-related deaths among first responders will grow as the pandemic continues to spread."Let's be reasonable here: When it comes to our men and women in uniform, our firefighters, our EMTs, our police officers, I think it's a given that they exposed themselves at all times," Lora said.There are more than 61,000 confirmed coronavirus cases in New Jersey, according to data from John Hopkins University. As of Monday morning, at least 2,350people in the state have died from the virus.

In neighboring New York, which is considered the US epicenter of the pandemic, some first responders agree that legislation to help first responders, many who are at the frontlines of the pandemic, is important. Lt. Vinny Variale, president of New York's Uniformed EMS Officers Union, is among those who backs Lora's efforts to enact legislation not just in New Jersey, but also in New York. 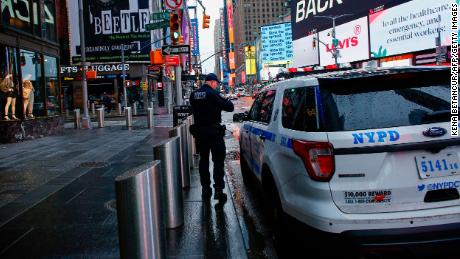 "The whole thing has a very 9/11 feel to it where government agencies were telling us 'don't worry, the air is fine, come in and do the work'," Variale told CNN. "And we went in because that's our job, that's what we do — and once again (with coronavirus crisis), we put our lives in jeopardy."The union represents 535 EMS officers, along with 3,900 EMTs and Paramedics, Variale said.Contracting the virus is a constant worry for the firefighters and paramedics, who in New York are now dealing with a record number of 911 calls due to the coronavirus outbreak. In early April, the Federal Emergency Management Agency sent hundreds of ambulances, EMTs and paramedics to New York City to help assist FDNY. "When we enter a home, we really don't know if we are going to get infected," Jose Gonzalez, a paramedic in New York City, told CNN. "But we have to keep doing our jobs. We must treat the person, take them to theRead More – Source