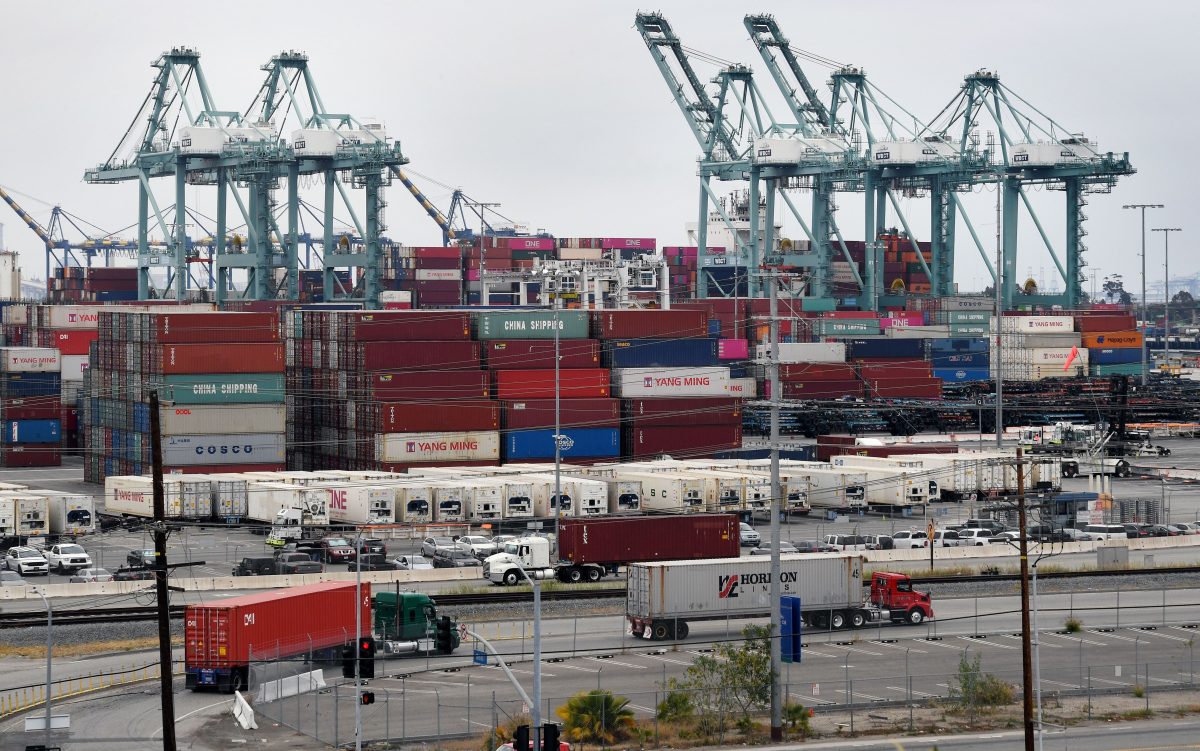 The World Trade Organization (WTO) downgraded its 2020 forecast for global gross domestic product growth to a negative 13 percent to 32 percent due to the CCP virus pandemic.

The WTO predicts that nearly all regions will suffer double-digit declines in trade volumes in 2020, with trade likely to fall more steeply in sectors characterized by complex value chain linkages, such as China, South Korea, Singapore, and Mexico.

The new report is a dramatic reversal of the WTOs prediction just six months ago that GDP growth would hold “steady at 2.3 percent.” Despite “escalating trade tensions” including the Sino-U.S. trade war and Brexit from the European Union, WTO Director-General Roberto Azevêdo had stated optimistically in October: “The multilateral trading system remains the most important global forum for settling differences and providing solutions for the challenges of the 21st century global economy.”

WTO economists in their optimistic 2020 scenario project that global merchandise trade will fall back to 2013 levels this summer, before spiking back by year end for new highs in 2021.

But in its pessimistic scenario that WTO economists called “ugly,” world merchandise trade would collapse to levels not seen since 2005.

Many analysts have expressed confidence that the same type of monetary and fiscal policy employed to provide temporary income support to businesses and households during the 2008 to 2009 Great Financial Crisis would again succeed in countering the current global downturn.

But WTO economists warn that on top of the human suffering caused by the disease itself, the CCP (Chinese Communist Party) virus, known as the novel coronavirus, has shut down “whole sectors of national economies.” Even if the disease is brought under control this summer and with the continuing need for social distancing, it is unclear when tourism will return so that hotels, restaurants, and non-essential retail trade can reopen.

The International Labor Organization (ILO) commented on April 7 that the global pandemic is having a catastrophic effect on employment hours and earnings. The ILO expects that 6.7 percent of global working hours, equivalent to 195 million full-time jobs, will be wiped out during the second quarter of 2020. Asia and the Pacific will lead with 125 million job losses, followed by 12 million in Europe, and 5 million in the Middle East.

The post WTO Forecasts 2020 Global GDP to Fall 13 to 32 Percent Due to CCP Virus appeared first on News Wire Now.