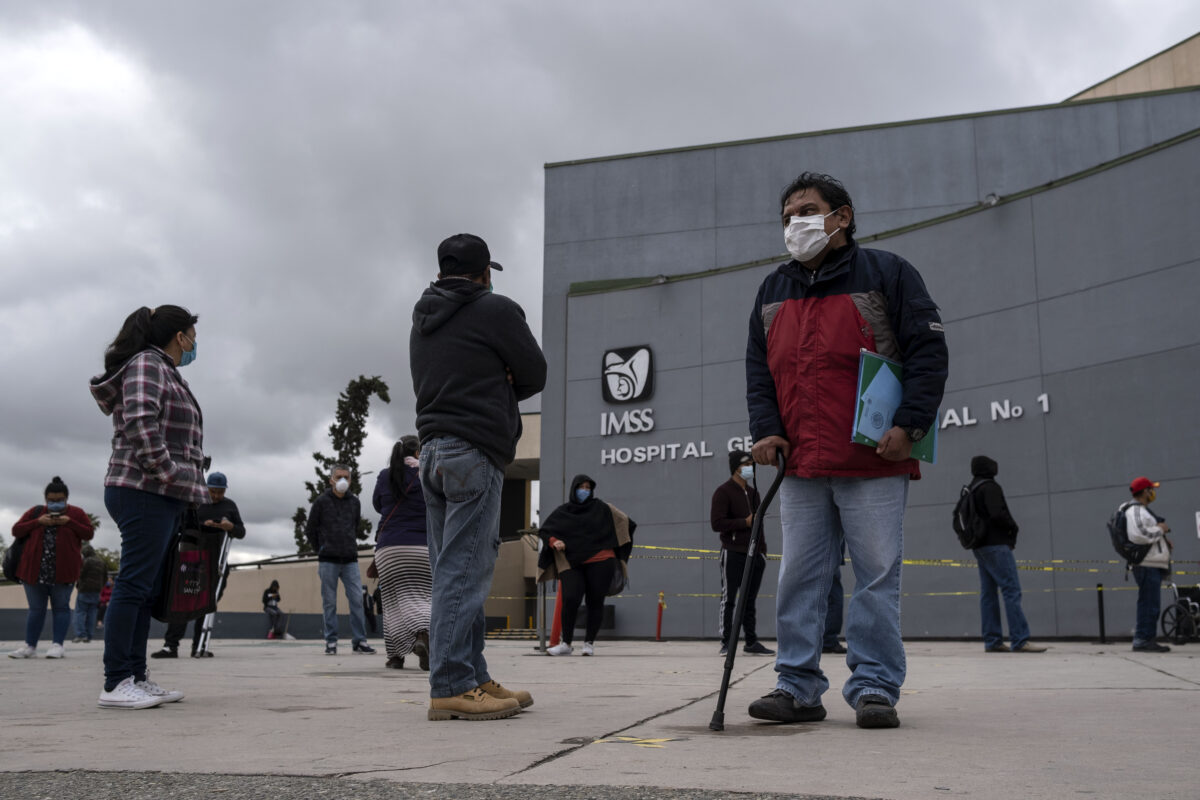 MONTERREY, Mexico—Nurses at a public hospital hit by Mexicos worst COVID-19 outbreak were told by their managers not to wear protective masks at the start of the epidemic to avoid sowing panic among patients, nurses and other medical workers said.

Two doctors and a hospital administrator have died and at least 51 staff members have been infected since the CCP (Chinese Communist Party) virus, commonly known as the novel coronavirus and which causes the disease COVID-19, was detected at the IMSS General Hospital in Monclova in Coahuila state in late March, the states health department said.

The hospital became Mexicos first hot spot for the COVID-19 illness caused by the virus.

At least four of the infected workers are currently hospitalized from the outbreak, which has fed concerns that Mexicos underfunded health care system is ill-prepared to cope with a major epidemic in the nation of nearly 130 million people.

At the beginning of the outbreak, managers “said that protective equipment wasnt necessary,” said nurse Charly Escobedo Gonzalez, who works at the Monclova hospital.

Answering questions from Reuters about the reports that hospital management told staff not to wear masks, a senior official at Mexicos main public health service IMSS, which runs the hospital, said that the health workers should be believed, but he didnt confirm details of the reports.

“Specifically, if they are saying that then, of course, we have to believe it,” said the IMSS official, Raul Pena Viveros. He said there can be misunderstandings inside a hospital about where it is appropriate to wear protective equipment.

“Not all of the workers have to wear the same equipment inside the hospital. And when this type of equipment is used badly…it runs out more quickly and they put workers who are in contact with patients at risk,” he said.

The Monclova hospital became a focal point of the outbreak in the third week of March, highlighting a lack of masks and even soap and bleach there, staff said.

As staff began to fall ill, hospital floor managers instructed health care workers not to use face masks, which some had bought for themselves due to the lack of hospital equipment, seven workers told Reuters.

Pena Viveros said the hospital had been short of protective equipment as well as other materials to fight the virus in March.

Health officials havent given a detailed explanation of why so many Monclova health care workers became infected.

Hospital workers are at greater risk of contracting the virus if they do not wear protective equipment like face masks and gloves. N95 respirator masks offer more protection from other people who are infected while more simple surgical masks help the wearer avoid spreading the virus.

Due to a lack of proper N95 masks, some staff at the hospital were also wearing inappropriate industrial-style masks that had been donated, Pena Viveros said.

The lack of N95 masks was later resolved, said Pena Viveros, who was sent by the head of the IMSS from Mexico City to investigate the hospital and spent a week there in early April. Staff says the hospital has more protective equipment now but that they still lack gear such as masks.

Three nurses said that while some colleagues chose not to wear face masks after being told by managers or supervisors that they were not necessary, other staff kept wearing them.

On the night of March 22, one of the heads of the nursing staff told a group of doctors and nurses gathered in the emergency room to take off their N95 masks because they werent necessary, according to a nurse who heard the order.

Another nurse surnamed Hernandez Perez was given a similar order by a deputy head of nursing a few days earlier.

“In a morning clinical class, the sub-head told us nRead More – Source

The post Nurses at Mexico Hospital Hit by COVID-19 Say They Were Told to Avoid Masks appeared first on News Wire Now.