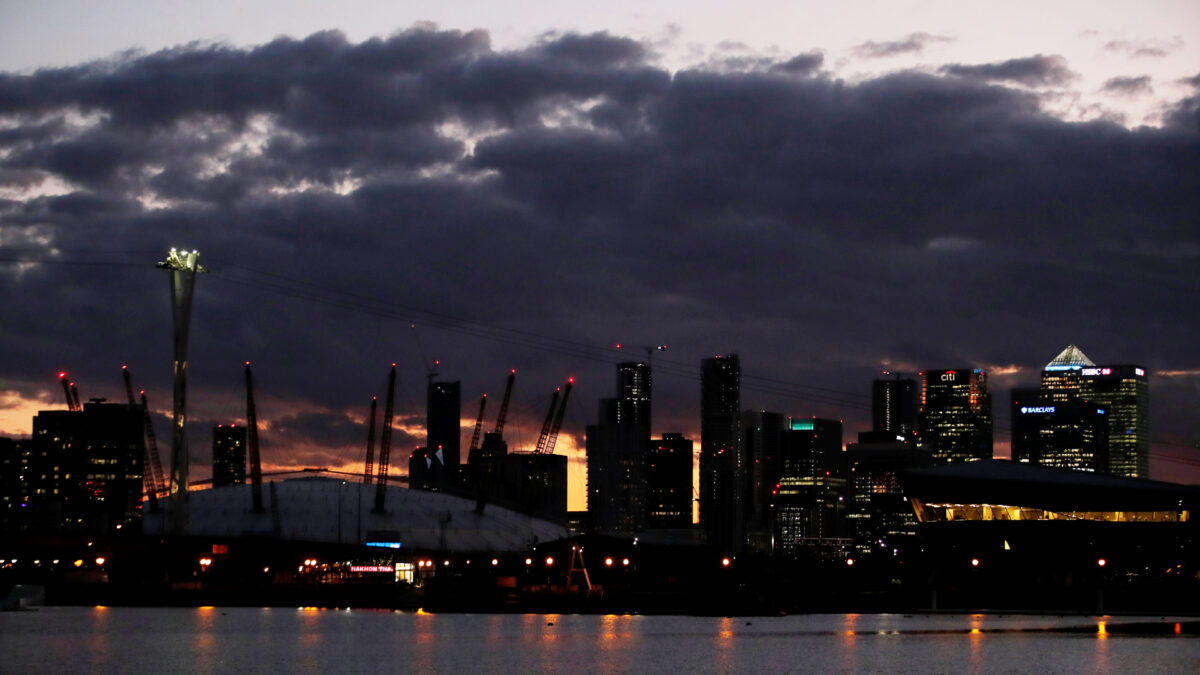 LONDON—Britains economy could shrink by 13 percent this year due to the governments coronavirus shutdown, its deepest recession in three centuries, and public borrowing is set to surge to a post-World War II high, the countrys budget forecasters stated.

In the April–June period alone, economic output could plunge by 35 percent, with the unemployment rate more than doubling to 10 percent, the Office for Budget Responsibility (OBR) stated on April 14. A bounce-back may come later in the year if restrictions on public life to slow the spread of the coronavirus are lifted, it added.

Finance Minister Rishi Sunak said he was “deeply troubled” by the prospect that 2 million people would lose their jobs due to the impact of the virus.

“This is going to be hard. Our economy is going to take a significant hit,” he said at a daily government news conference.

The OBR stressed it was not making an official forecast, given the lack of clarity about how long the government would require businesses to remain closed to the public. The OBR assumes a full shutdown for three months, followed by a gradual lifting over a further three-month period.

Separately, the International Monetary Fund stated it expected Britains economy to shrink 6.5 percent in 2020, similar to other economies, before growing by 4.0 percent in 2021.

But the outlook for Britains public finances is stark.

The OBR stated the hit to tax revenues and the governments huge spending plans meant the budget deficit could hit 273 billion pounds ($342 billion) in the 2020–21 tax year—five times its previous estimate.

That would be equivalent to 14 percent of gross domestic product, higher than the 10 percent level hit after the global financial crisis that began in 2007. Britain had gradually lowered the deficit to about 2 percent, mainly through a decade of spending cuts for many public services.

The Resolution Foundation, a think tank, stated it was plausible that the economy could suffer a more sustained hit than outlined by the OBR.

“This scenario also assumes almost no scarring or lasting impact on the economy from this recession, which history shows is unlikely to be the case,” it stated.

The OBR stated that public sector net debt could exceed 100 percent of GDP during the 2020–21 financial year but end it at around 95 percent.

Sunak did not want to be drawn on whether he would seek to reduce this debt level through tighter fiscal policy after the crisis, and said he was committed to the governments “leveling up” agenda that involves heavy infrastructure spending.

“The best way out of this for all of us is to just grow the economy,” he said.

The annual budget deficit—as opposed to the debt accrued—should fall back to normal once the crisis is over, he added.

The post UK Economy Could Shrink by the Most in 300 Years in 2020 appeared first on News Wire Now.