The White House unveiled 3-phase guidelines on Thursday afternoon for governors to reopen their states.

“Our team of experts agree we can start the next front in our were which we are calling Opening Up America Again. And that is what we are doing, opening up our country,” he said. “We have to do that.”

Trump said the decisions are based on latest data.

“Our experts say the curve has flattened and the peak in new cases is behind us,” the president said. “Nationwide, more than 850 counties—or nearly 30 percent—have reported no new case in the last 7 days.”

The new guidelines are aimed at clearing the way for an easing of restrictions in areas with a low transmission rate of the CCP (Chinese Communist Party) virus, commonly known as novel coronavirus, while keeping them in place in harder-hit locations.

Places with declining infections and strong testing would begin a 3-phase gradual reopening of businesses and schools, with each phase lasting at least 14 days, meant to ensure that the virus outbreak doesnt accelerate again.

To begin to open in phases, a state must meet some criteria, said Dr. Deborah Birx, the White House pandemic response coordinator.

The state must have decreased reports of influenza-like illnesses and COVID-like syndromic cases within a 14-day period, decreasing documented cases, and hospitals must be able to treat all patients with issue.

Trump said the final decision is in the hands of governors as every state is different.

“Governors will be empowered to tailor an approach that needs the diverse circumstances of their own states,” he said. “If they need to remain closed, we will allow them to do that and if they believe it is time to reopen, we will provide them the freedom and guidance to accomplish that task and very quickly, depending on what they want to do. We are also encouraging states to work together to harmonize their regional efforts.”

According to the guidelines, large venues including sit-down dining, movie theaters, sporting venues, and place of worship can operate under strict physical distancing protocols during phase one.

Elective surgeries and gyms also get a green light to resume or reopen with mitigation policies at hand.

However, bars are not suggested to open during this phase.

During phase two, gatherings of over 50 people should be avoided unless practical social distancing measures are taken, and non-essential travel for individuals and employers can resume.

Schools and organized youth activities, including daycares and camps, can reopen. Bars can also open with diminished standing-room occupancy during this phase.

The guidelines place the highest restrictions on vulnerable individuals, which include elderly people and those with underlying health issues.

The CCP virus, which emerged from Wuhan, China, and causes the disease COVID-19, has caused at least 142,148 deaths globally and infected over 2.1 million people as of Wednesday afternoon, according to data collected by Johns Hopkins University. The numbers are considered inaccurate by many because of a lag in data collection by governments as well as significant underreporting of known cases and deaths by mainland China.

The White House guidelines come as states are choosing different approaches to handle the continual outbreak.

Ohio Gov. Mike DeWine said on Thursday that business in the midwestern state can start to reopen on May 1.

DeWine cited Ohio-based company RPM as an example. RPM which has implemented a number of measures in preparation for reopening some facilities, including regularly checking the stock of personal protective equipment, limiting visitors and screening visitors upon entry, not allowing sick employees at work, and requiring employees keep a distance of 6 feet from others or, if thats not possible, mandate they wear masks.

“Were looking to begin this process on May 1,” DeWine said. “We will start with companies that can demonstrate that they can do these things. … Well do this with companies where weve been able to put together the guidelines and companies that we think can start back down this road.”

While other states, including New York, Connecticut, Maryland, and Virginia, have chosen to extend the shutdowns.

New York Gov. Andrew Cuomo said Thursday that all schools and non-essential businesses would remain shuttered in his state through at least May 15.

“We have to continue what we are doing,” Cuomo said. “I dont want to project beyond that period… people need certainty and clarity so they can plan, I need a coordinated action plan with the other states. So one month we will continue the close down policies.” 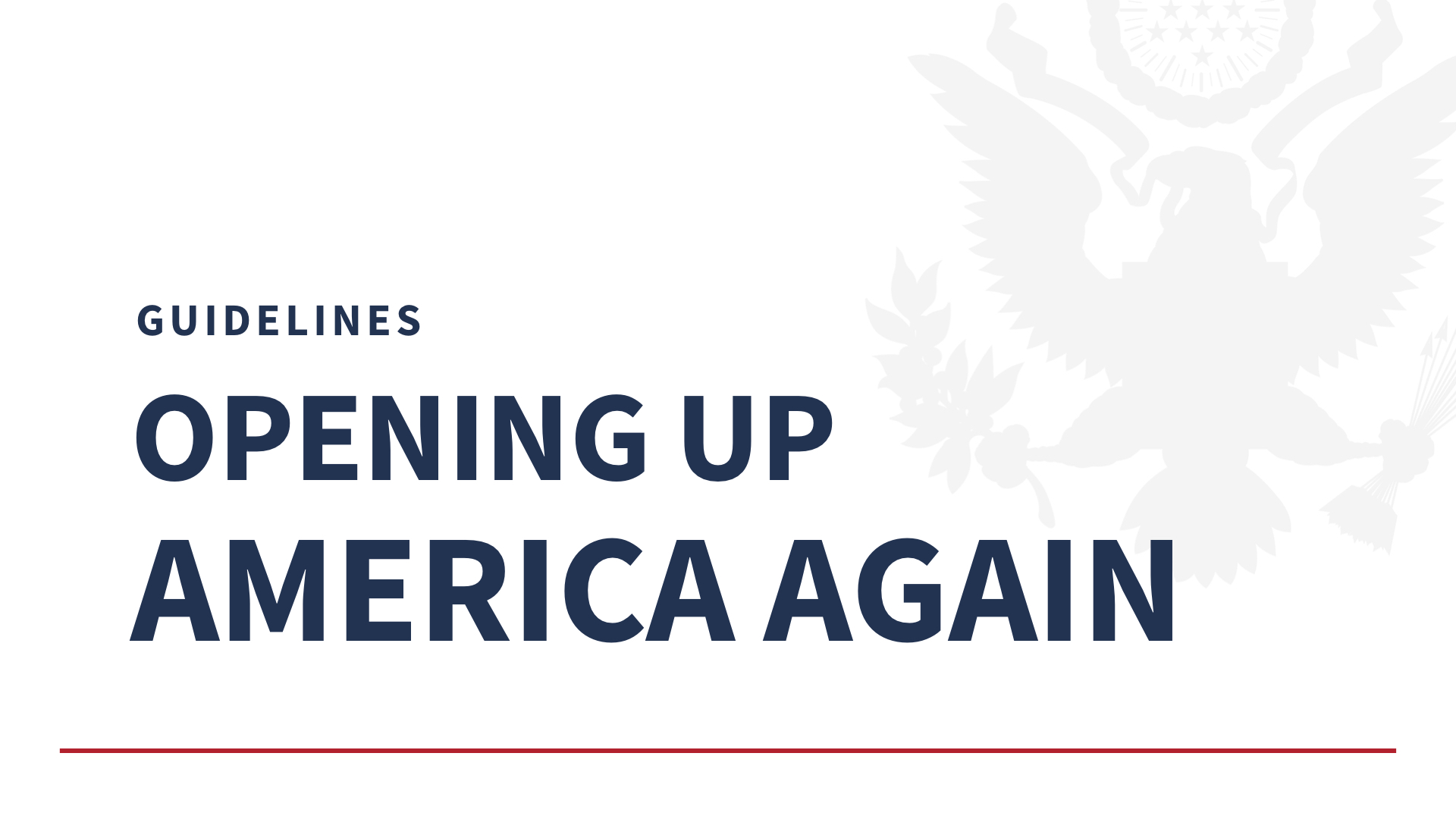 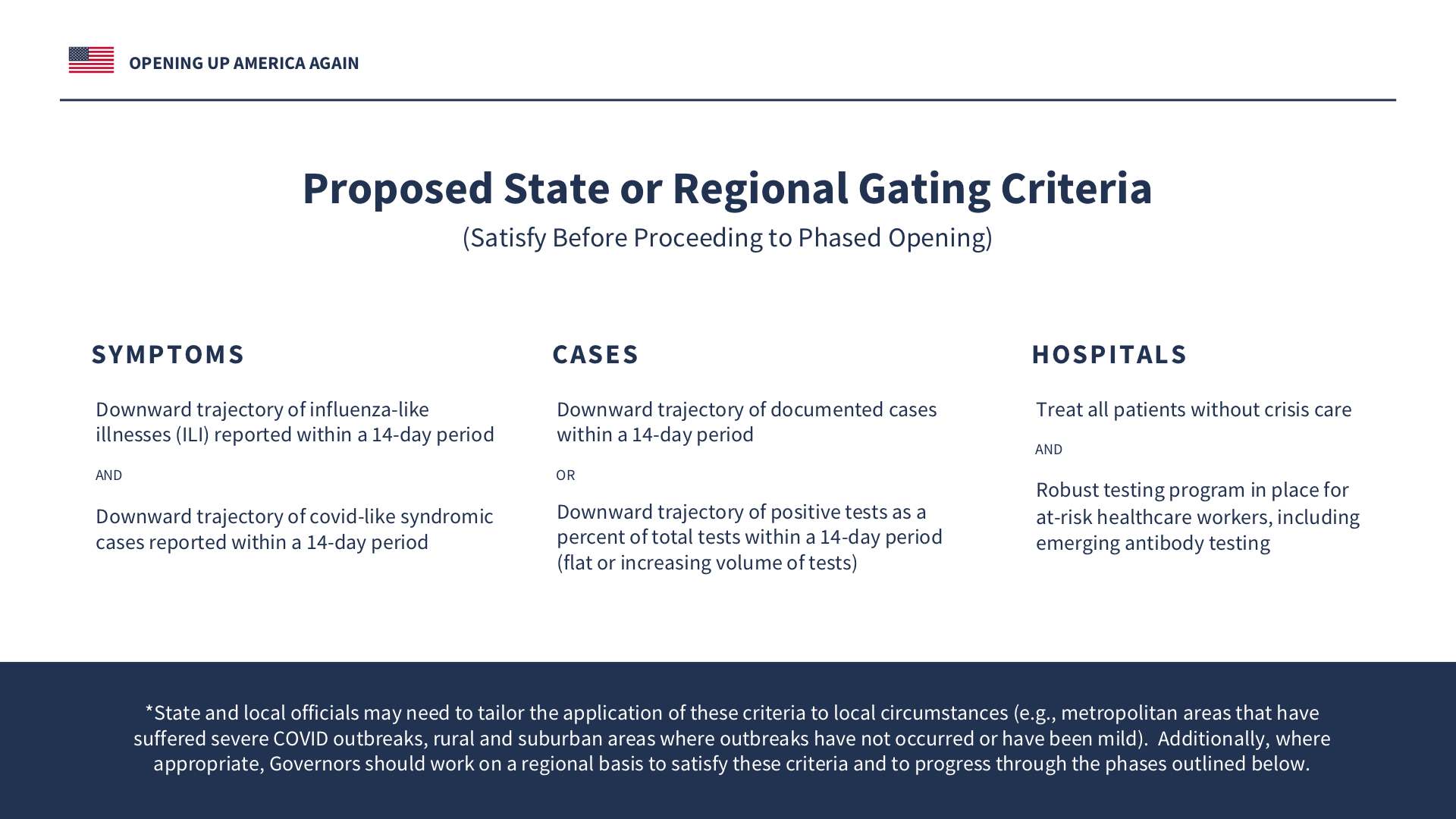 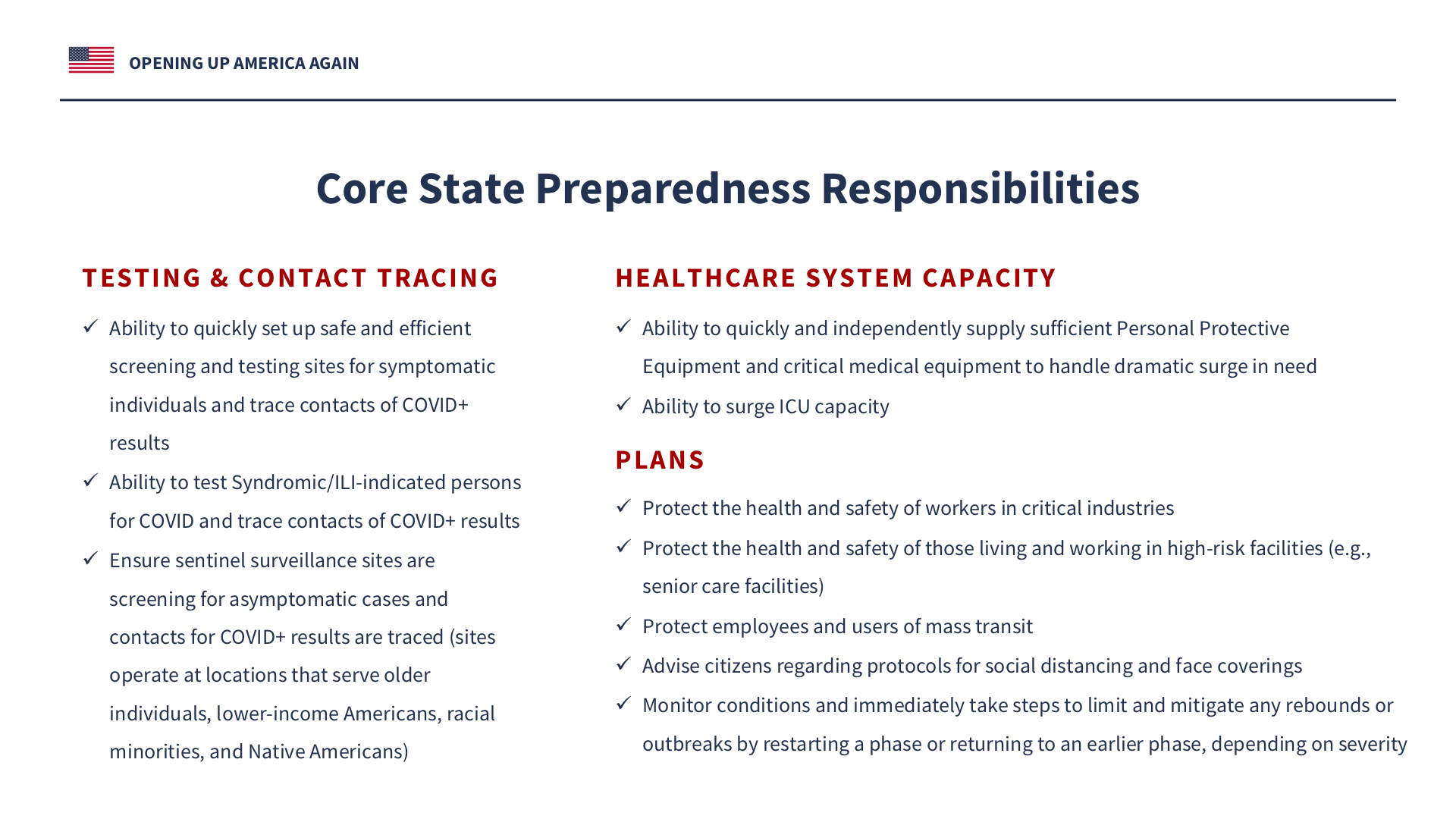 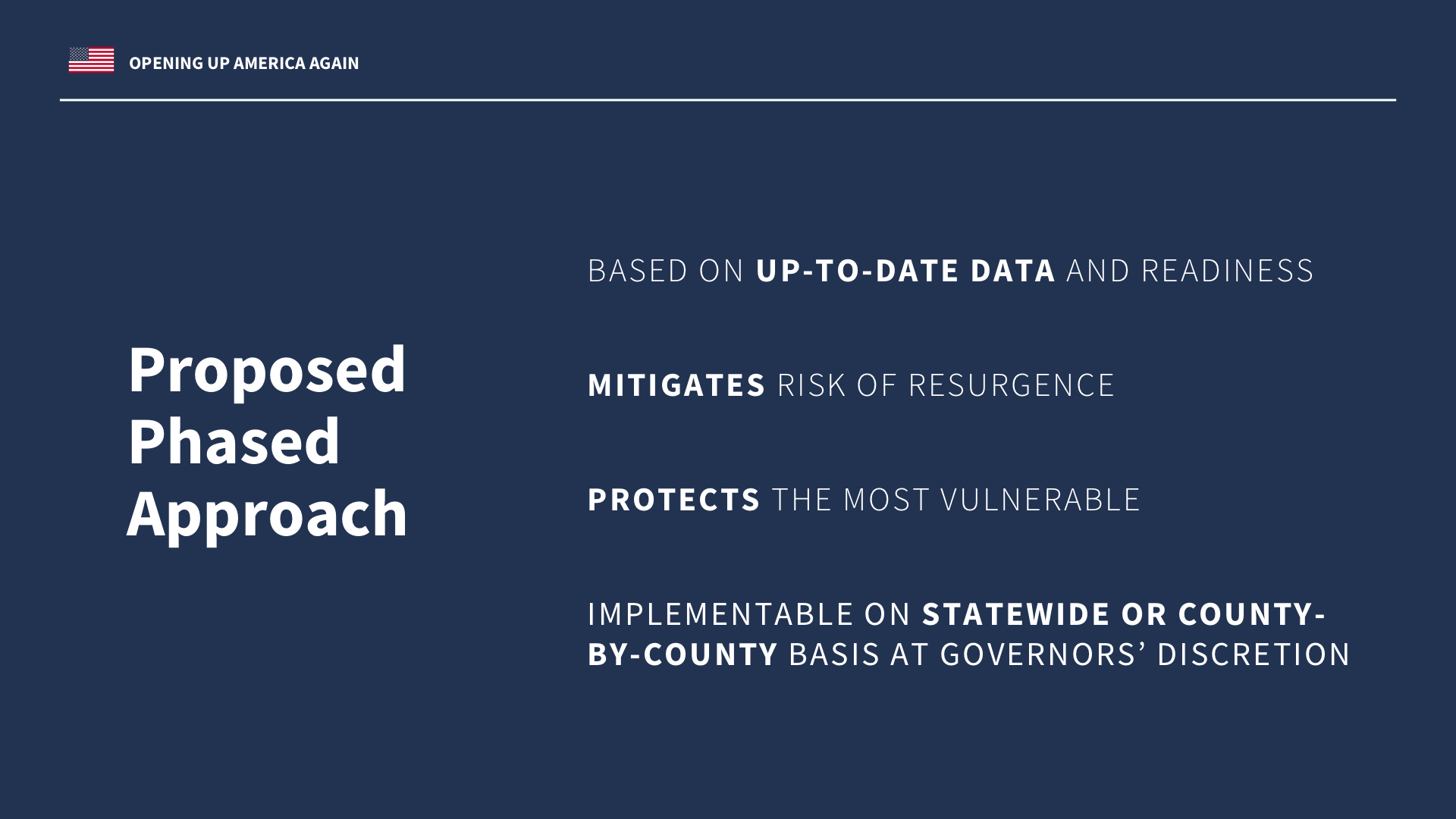 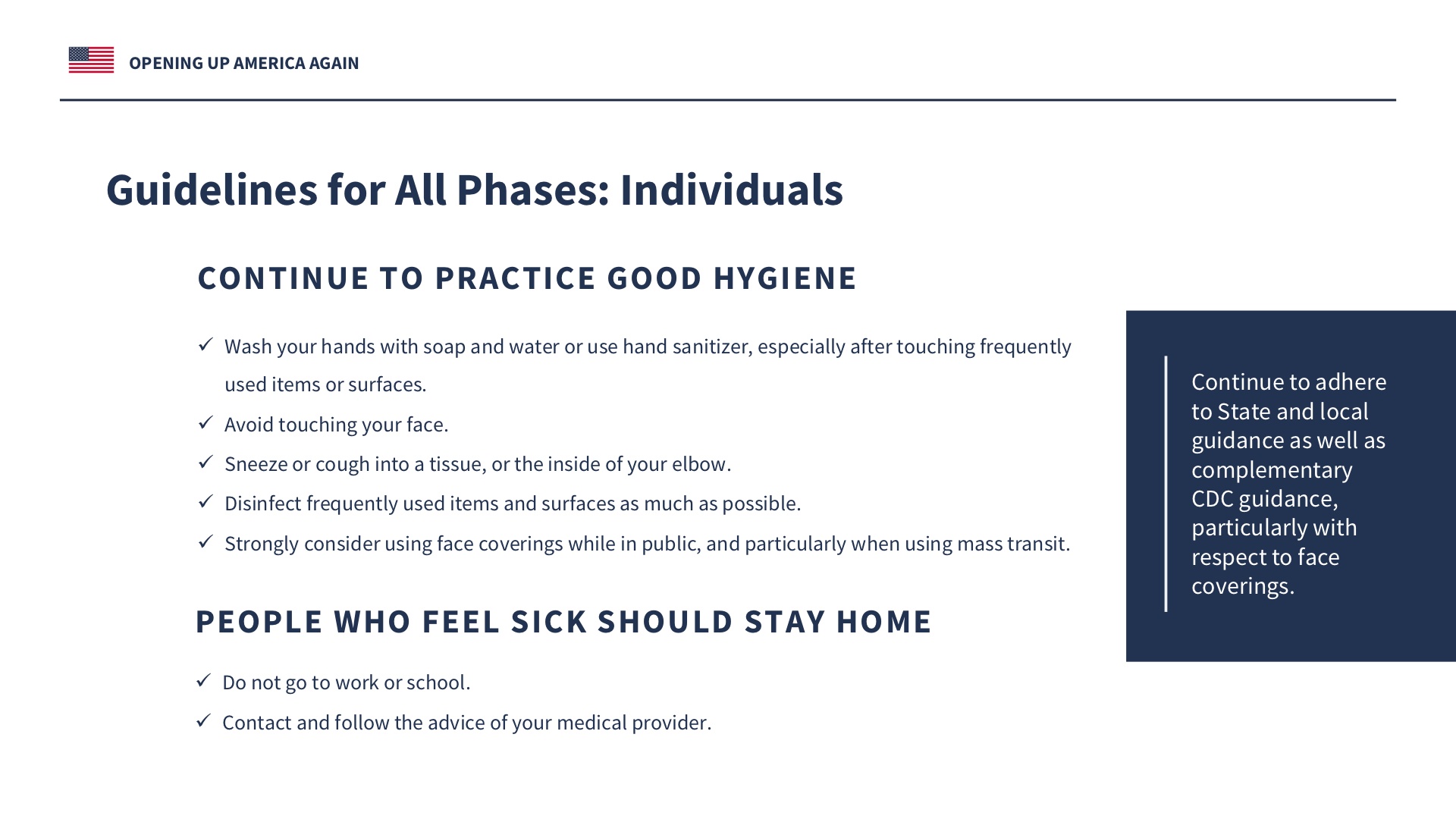 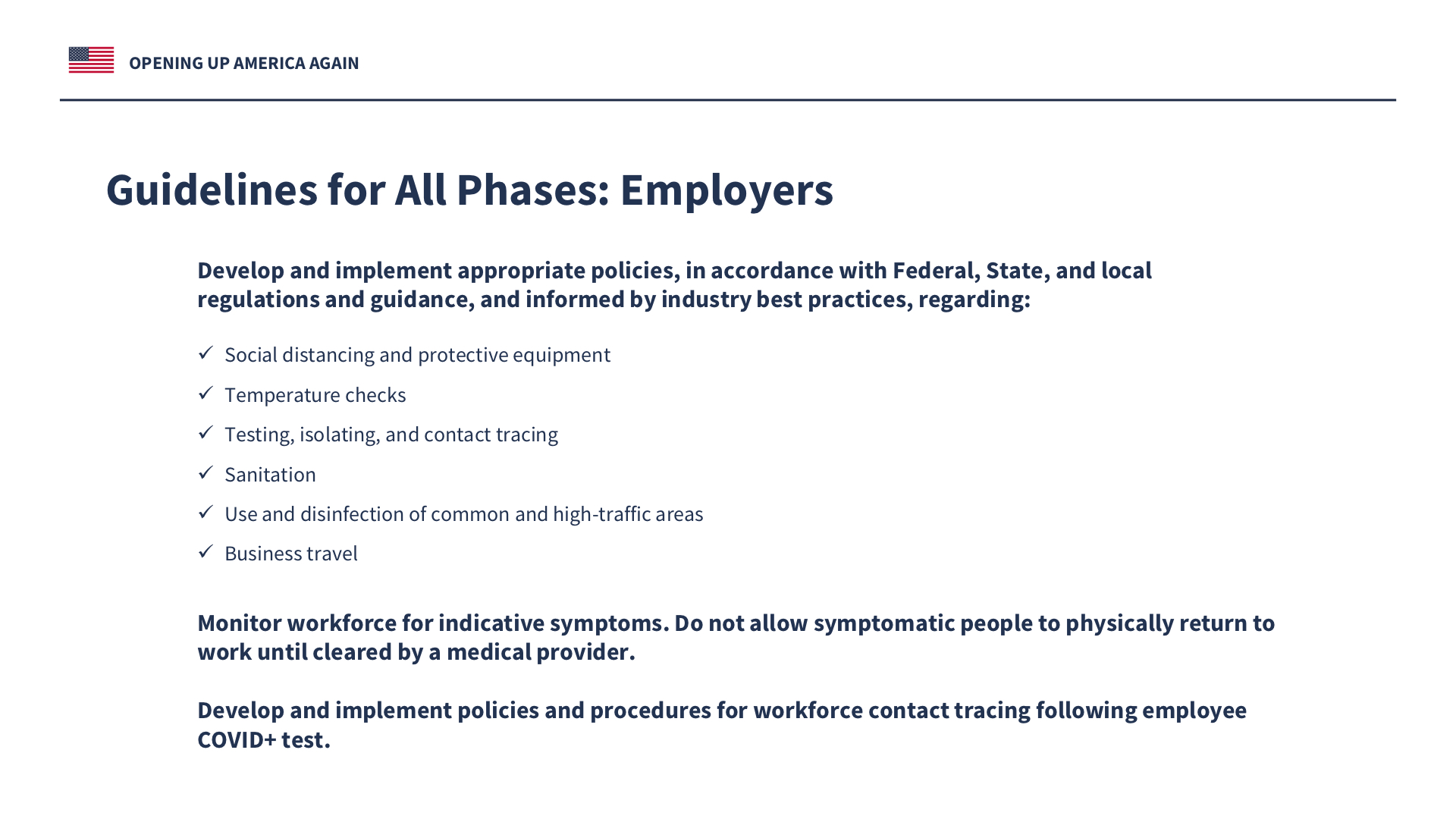