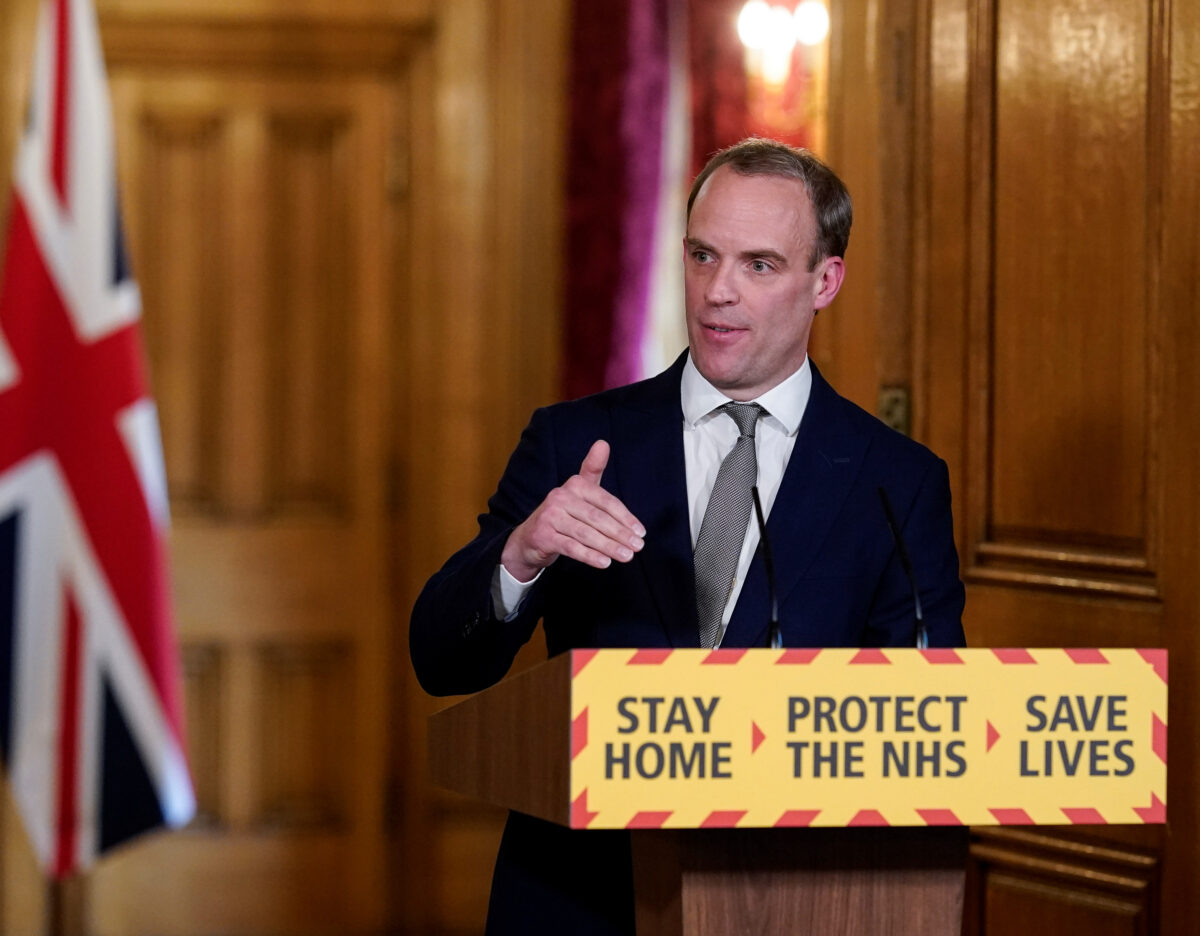 Britains relationship with Beijing will no longer be “business as usual” after the COVID-19 pandemic is over, UK foreign secretary and acting Prime Minister Dominic Raab said, in a sign of a toughening stance toward the communist regime over its handling of the outbreak.

“There absolutely needs to be a very, very deep dive after the event and review of the lessons, including of the outbreak of the virus,” Raab said at a press conference in London on April 16. “I dont think we can flinch from that at all.”

His comments come amid escalating criticism by the United States of the Chinese regimes lack of transparency during the pandemic. Meanwhile, many U.S. lawmakers have called for the regime in Beijing to be held accountable for its role in covering up the outbreak, which caused its global spread.

Asked if there would be a “reckoning” with Beijing after the crisis ends, Raab, who is standing in for Prime Minister Boris Johnson as he recovers from the CCP virus, replied: “Theres no doubt we cant have business as usual after this crisis, and well have to ask the hard questions about how it came about and how it could have been stopped earlier.”

Earlier this week, the Trump administration confirmed it was investigating the origins of the outbreak, including whether it came from a high-level laboratory located in Wuhan, the epicenter of the virus.

U.S. Secretary of State Mike Pompeo, in an April 15 interview on Fox News, said the United States is “working diligently” to determine where the virus came from and how it began to spread.

“The Chinese government needs to come clean and needs to be accountable,” Pompeo added. “It needs to explain what happened and why it is the case that that information wasnt made more broadly available.”

But Chinas foreign ministry spokesman Zhao Lijian said at a April 16 press briefing that World Health Organization (WHO) officials “have said multiple times there is no evidence the new coronavirus was created in a laboratory.”

Meanwhile, in the UK, members of Johnsons ruling Conservative Party have called for a reset of relations with Beijing due to its handling of the pandemic.

Former Tory leader and foreign secretary William Hague, who now sits in the House of Lords, said that Britain cant be dependent on China for technology as the recent crisis has demonstrated that it doesnt “play by our rules.”

The former head of the UKs chief intelligence agency MI6, Sir John Sawers, told BBC Radio on April 15 that the regime concealed crucial information about the initial outbreak and was “evading” its responsibility in causing the pandemic.