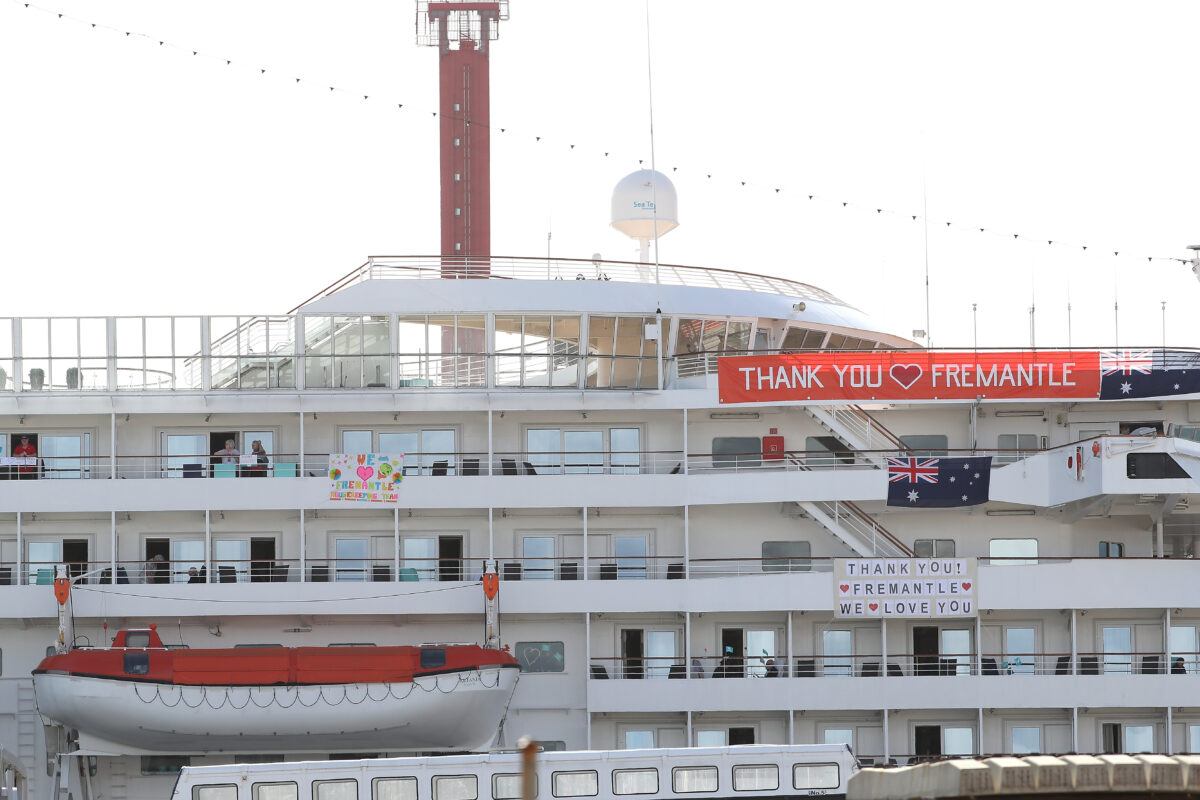 The plagued Artania cruise ship is finally departing Western Australia after a three-week stay during which three people on board died of COVID-19.

The German liner began its journey from Fremantle back to Europe on April 18, keeping to its scheduled 1pm departure time.

It will comes as a significant relief for the WA government, who has made no secret of wanting the ship to leave as soon as possible.

A total of 79 crew and passengers from the Artania have tested positive to COVID-19 in WA.

They include a 42-year-old crewman from the Philippines who died in a Perth hospital on Thursday, taking the states toll to seven.

The ships captain, Morten Hansen, said the crew member had been with the company since 2006 and most recently served as a motorman, describing his death as “heartbreaking”.

Two other people from the Artania died last week, one a passenger aged in his 70s and the other a 69-year-old crewman.

Some of the crew who are expected to return home on a charter flight were removed from the ship on Saturday and transferred to a Perth hotel.