At an age when most teens are pursuing a driver's license, TJ Kim is working towards a student pilot's certificate, and making a difference along the way.

A boy with a plan and a plane

Kim is a sophomore at the Landon School in Bethesda, Maryland. The pandemic forced his campus to close for the year. It ended his lacrosse season and put a crimp in his studies. But the school still expects students to do academic work at home, and also to do good works for others. 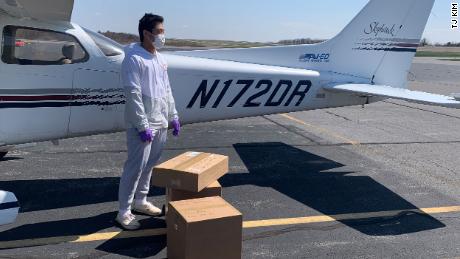 "At Landon School, community service is really emphasized," the soft-spoken 16-year-old said. "And so I wanted to find a way to serve."With help from his family, he found out about seven critical small, rural hospitals low on supplies to treat coronavirus patients. "They kind of conveyed to me that they were really forgotten about. Everyone was wanting to send donations to big city hospitals," Kim told the AP. By road, the hospitals are far away from any large cities. But Kim had a plan"In my flight training, we're in a stage that's called cross-country flights, which means flights that are more than 50 miles."A Cessna doesn't require a particularly long landing strip, and despite his relative inexperience in the cockpit, Kim (along with his instructor) started making deliveries from an airport in Maryland. 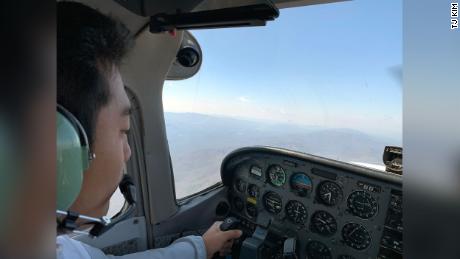 "We hop in the plane and we go. Flying is the easy part. Collecting supplies is what makes the process a week long."

Kim calls his project "Operation SOS." It stands for "supplies over skies." Throughout the week, he stays in touch with the hospitals to see what they need. His father coordinates the donation ofRead More – Source