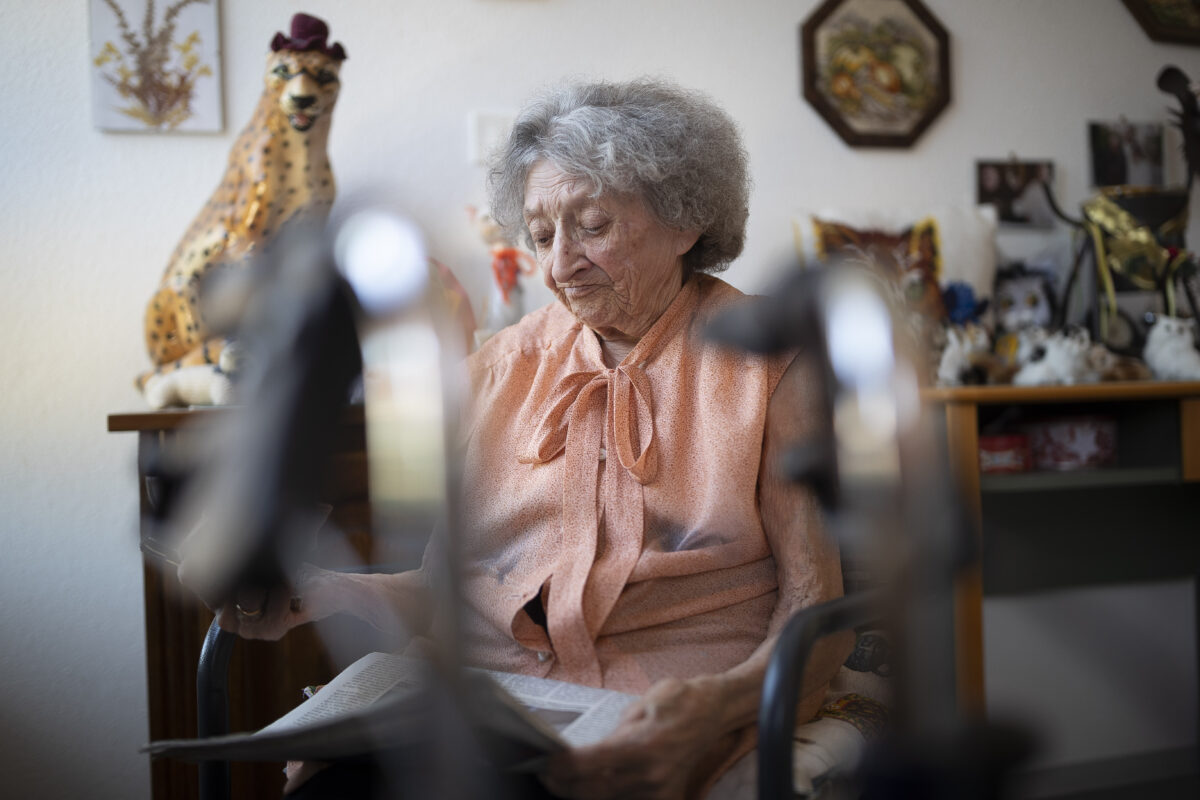 AMMERSCHWIR, France—Some were born in this warren of small rooms in what used to be a hospital, dating to the 17th century. Many are likely to die here. And all are currently confined to their rooms, denied the simple comfort of human companionship.

The residents at the Weiss nursing home in eastern France want to chat face to face, to play board games, to share meals. And so each gave a vial of blood to be tested for the CCP virus (commonly known as the novel coronavirus), as did each staff member—about 580 people in all. The goal: to identify who must be isolated and who will be allowed the freedom to leave their rooms.

“We spend all our days between those four walls—thats it, we are not allowed to go out. We dont even have the right to go out in the hallway,” said Henry Bohn, a 69-year-old who suffered a stroke that has left him in a wheelchair. “They bring us breakfast, lunch, and dinner here in the room. Luckily, we have the sun these days and it helps, but we do miss the essential things.”

An Associated Press photographer spent two days chronicling the virus testing at 3 of the 10 nursing homes in Frances Haut-Rhin region, where comprehensive testing was ordered by local authorities. The site in Ammerschwir poses particular problems with its small rooms and long corridors, and residents with often-severe cognitive difficulties.

“It is hard for them to remember the rules that we give them. When we put masks on them, they hardly keep them on, and they need to socialize and leave their rooms,” said Sylvie Ghiringhelli, the head nurse.

Some patients wander out anyway, clustering in hallways or taking seats in the common room before they can be led gently back.

The elderly make up a disproportional share of CCP virus victims globally, and that is especially true in nursing homes, which have seen a horrific number of deaths around the world.

In France, nursing home deaths account for more than a third of the countrys total 17,000 CCP virus victims—figures the government now documents meticulously after weeks of pressure. Infections have swept through the countrys 7,000 residences for the elderly, with more than 15,000 confirmed cases among patients and 8,900 among staff between March 1 and April 14.

And nowhere has it been deadlier than in Frances east, near the border with Germany, where the outbreak began at an evangelical gathering in the city of Mulhouse. Overall mortality in the Haut-Rhin was up 143 percent from March 1 to April 6, according to government figures.

Restricting residents to their rooms can take a different kind of toll.

“The confinement stopped all the communal meals in the dining room, stopped every form of social life,” Ghiringhelli said. “There are no more activities, no more visits. Our residents bear the consequences.”

“My son was coming to visit me and some family, but now nobody can,” she said, an untouched newspaper on her lap. “EveryRead More – Source