Days after Vettel's May 12 announcement, Carlos Sainz Jr. was signed to replace the German and, when the music stopped, Renault's Daniel Ricciardo was set to take the 25-year-old Spaniard's seat at McLaren in 2021.In an interview with CNN Sport's Amanda Davies, Ricciardo says he'd been having ongoing talks with Ferrari up until the decision to join McLaren. Throughout his career the 30-year-old Australian has continually been linked with a move to the Italian team."There have been discussions already from a few years back. And that continued all the way through to now," said Ricciardo. "So yeah, I won't deny that. But obviously it's never really come to fruition."Both of Ricciardo's parents are of Italian descent. His father was born in Italy and his Australian mother was born to Italian parents. But he's not sure why he has never joined the Maranello-based team. "I don't know actually and I've never really chose to dive too deep into it. Everyone says it would be a good fit, obviously, with my name and all the background stuff, but yeah, I try not to get emotionally caught up in any kind of situation."I see how Carlos is a fit for the team. So I don't really look at it like 'why not me?' I just look at it: Yeah, Carlos had a very strong 2019. Yeah, he's a bit of hot property right now, and I guess it's a good fit for where they are at."READ: Lewis Hamilton is 'well' following isolation

The coronavirus pandemic means these moves for next season have been finalized before a race has even taken place in 2020.Ricciardo's one full season with Renault last year was his worst F1 performance in six years, as the team finished fifth in the constructors' championship standings, 54 points behind fourth-place McLaren.In his first interview since his multi-year agreement with McLaren was confirmed, the Australian said he "put a lot of thought" into the switch."I guess no decision is ever black and white. And I can't actually give you a black and white answer. There wasn't any moment, which was like a light bulb and said, 'Yes, that's what I need to do.' Equally, there wasn't something I saw in McLaren, which created that or there wasn't something in Renault, which created the moment of 'I have to move on.'"The discussions with McLaren go back to even before, I guess, 2018, and I guess continued over time."Obviously it's not an overnight decision. I guess to compare as well the two I don't think that's fair." 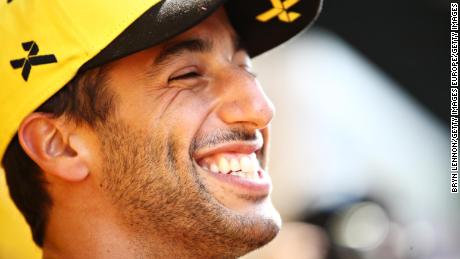 Before joining Renault, Ricciardo spent six years with Red Bull, including one season in 2014 with Vettel.Considering the series of incidents between Vettel and Ferrari teammate Charles Leclerc last season, Ricciardo says he wasn't surprised the four-time world champion parted ways with the Italian team."I don't want to say the writing was on the wall, but a few of those incidents made this news slightly less traumatic."Ricciardo not only thinks the 32-year-old German wants to continue in the sport but also hopes he does."If I know him well enough, I believe he's still hungry and competitive enough to want to continue."Also, because he's still older than me. So it makes me not the oldest guy," quipped Ricciardo."I like Seb. Obviously, I had him as a teammate, but as a competitor he brings something to our sport."He's one of the very few if not the only one that isn't active on social media, and he's one of the most successful people ever in our sport, yet he's one of the most private. And even that in itself brings a lot of mystery behind him." 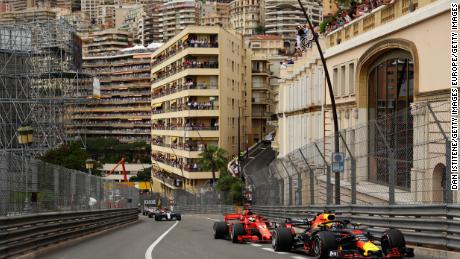 Living on the farm

During the Covid-19 pandemic, Ricciardo has been living on the family farm in Perth, Australia, surrounded by sheep, cows and alpacas.While he calls the quarantine "bizarre," the 30-year-old has also embraced the slower pace of life and believes it has allowed him to refocus on his goals."I still see myself being a very strong competitor for many years to come and I am getting older, but I still feel like there's a lot of fire in me that just wants to compete again."I think that's been fueled more than anything. Yeah, because it gets pretty lonely out on the farm, which is nice, but I'll be honest, I miss the spotlight and the limelight and the chaos of F1 and the competition. I want that again, very soon."Read More – Source